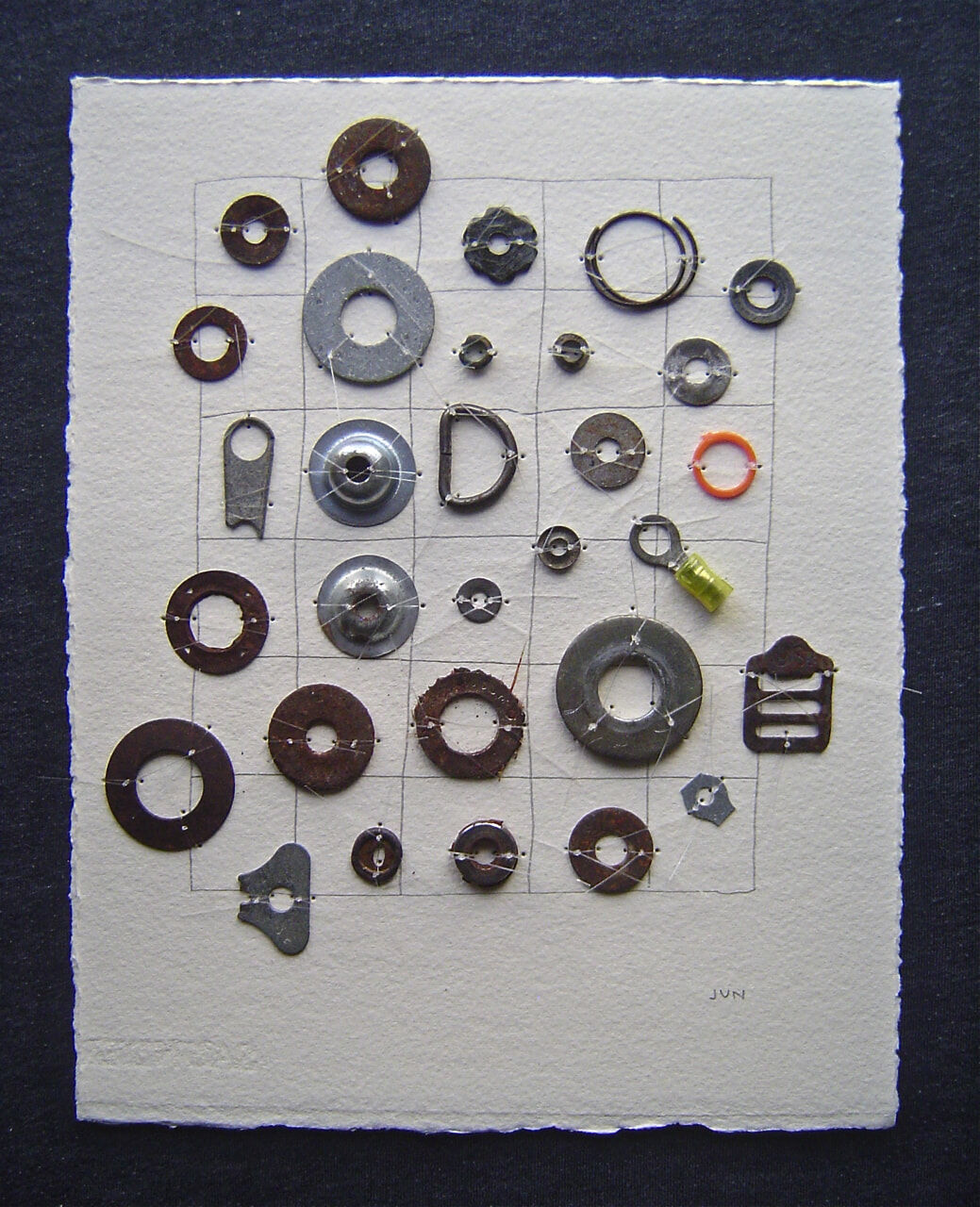 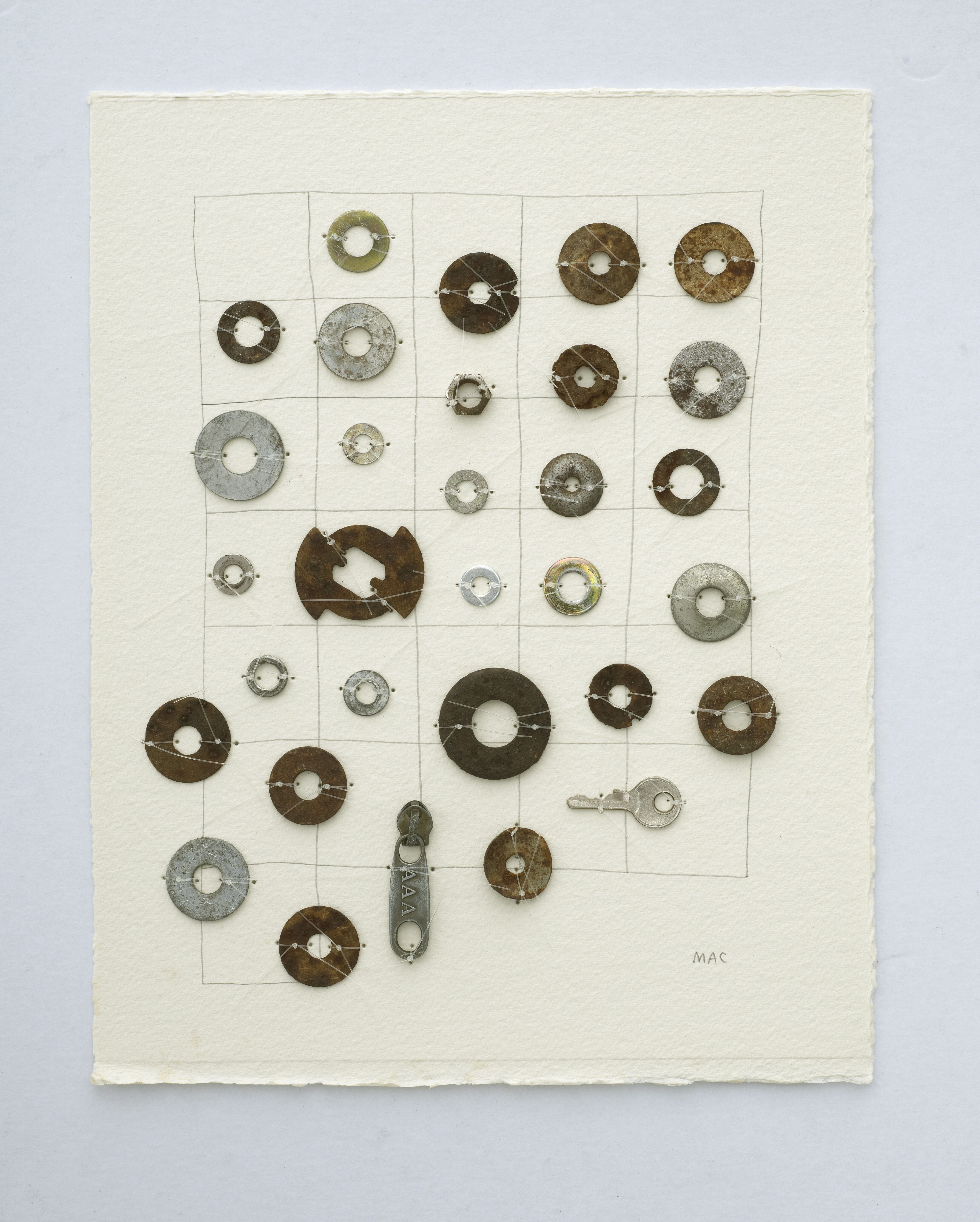 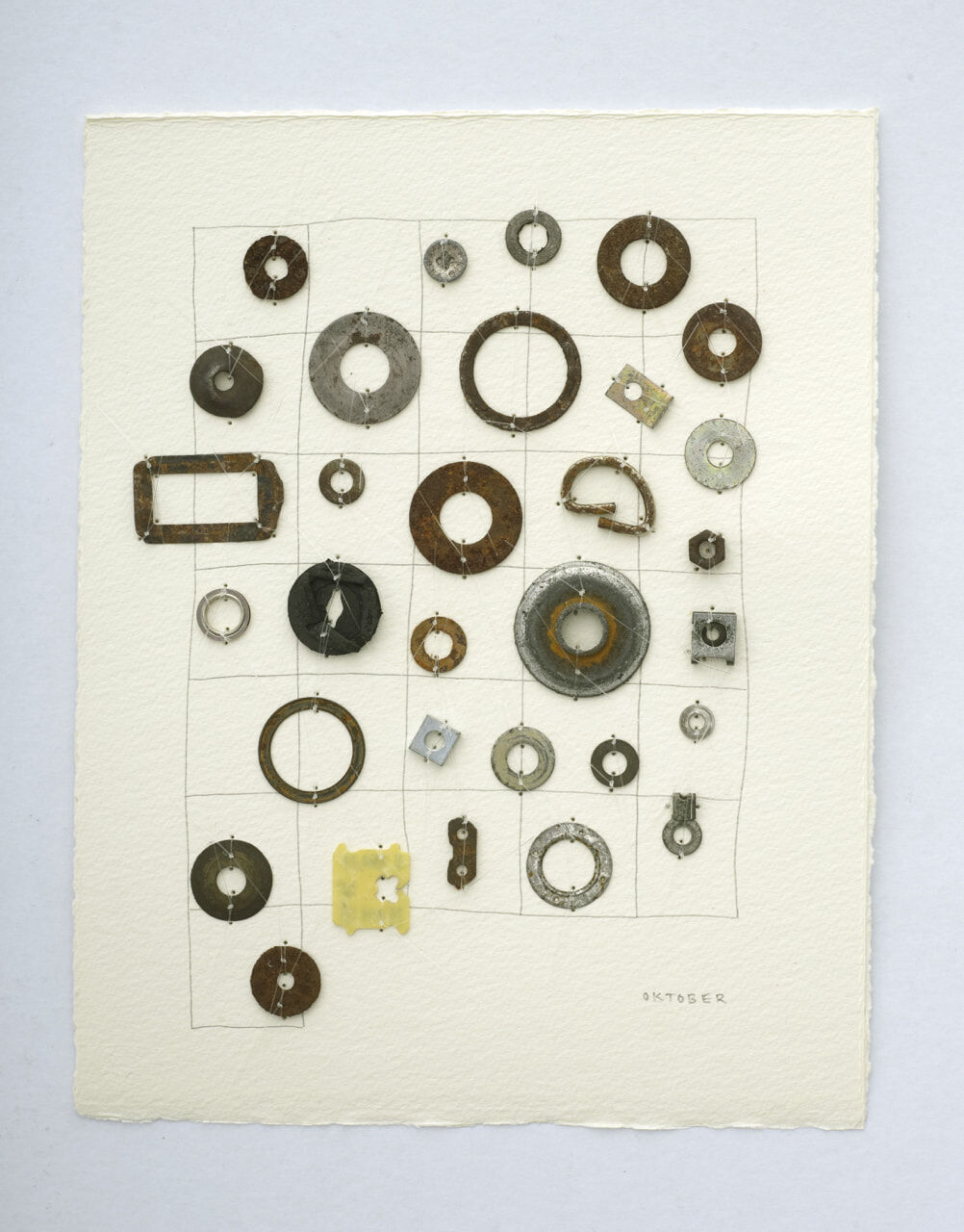 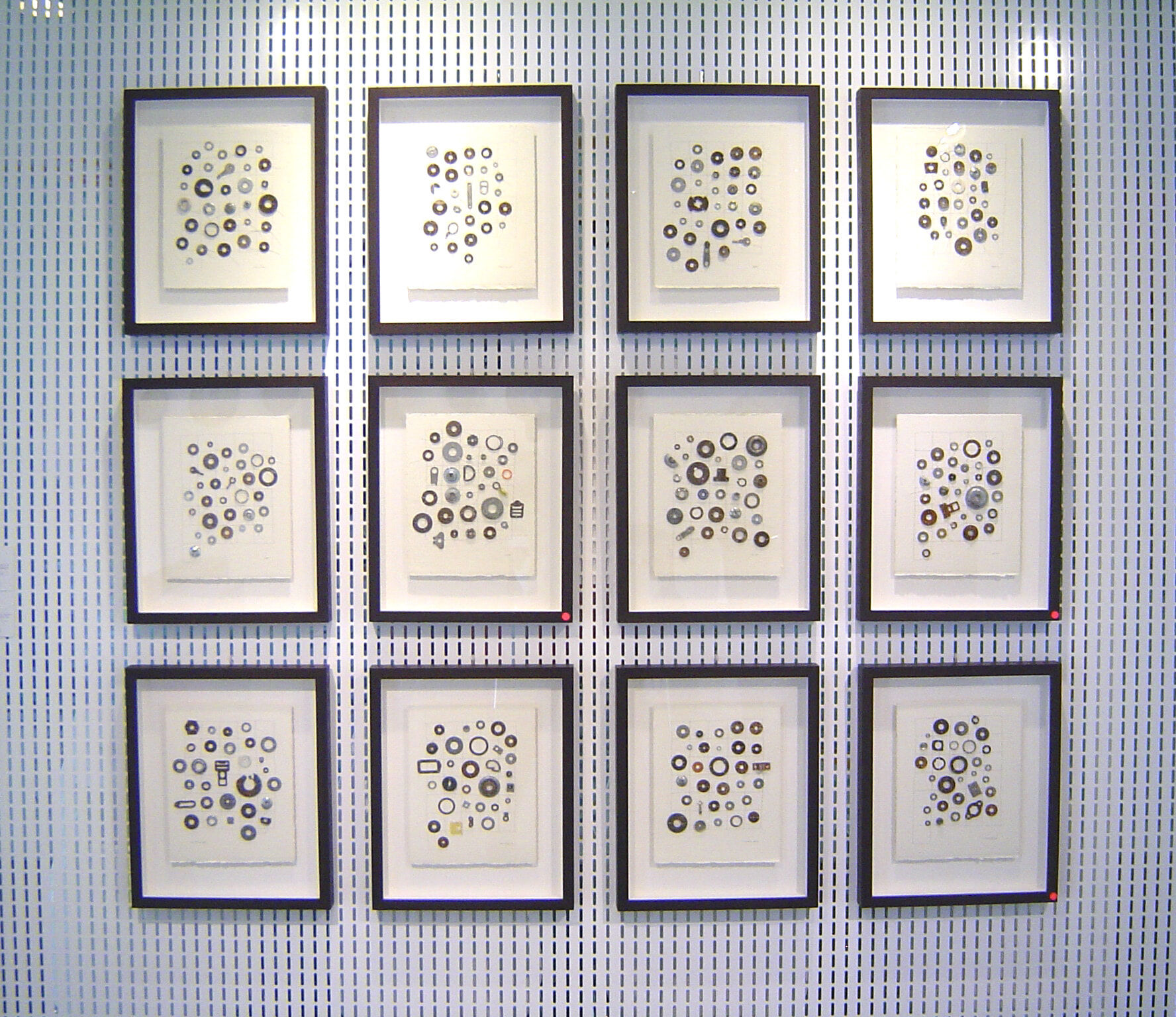 Neither installation or sculpture, but definitely not painting either... maybe "3D work-on-paper"?

This is one piece from a twelve-part work - of which only Jun, Mac and Oktober (Bahasa Malaysia spelling) are shown here. The whole work documents a year living in Penang, Malaysia, with a found object for every day of the calendar tied down with nylon monofilament onto heavy paper, over a pencilled grid of the days of each month. The name of the month, in Bahasa Malaysia, is noted in the bottom right corner of each piece.

I began collecting the (mainly) washers from the streets and roads as I walked around George Town, obeying a then-unfocussed attraction to them as objects. My "rules for collecting" were that the object must be:

- and like all good rules, they're made to be occasionally broken, of course...

The practice of collecting these objects is one I started some years earlier in Australia, but for which I hadn't ever found an artistic use. After many months of back-of-the-mind deliberation in George Town, I began to conceptualise what sort of work I could make - and "Annual Income" is one result.

The title is tongue-in-cheek - for many artists the monetary value of such a collection of rusty washers is in fact equivalent to their income, unfortunately. There is also the allusion to Chinese coins with their punched-out centres, and the "holey dollars" of the early Australian colonies. Paradoxically, and alchemically, however, it's also a true statement of the way in which the artist can turn the commonplace and overlooked into works of aesthetic - and commercial - value: base metal transmuted into gold. There are worse "annual incomes" to be had.

"Annual Income" was exhibited in Im/materiality, Australian Artists in the Malaysian World, at Interpr8 Art Space in Kuala Lumpur in June 2014, with artists Gabrielle Bates, Kassandra Bossell and Victoria Cattoni. The 12 individual works, mounted simply upon a thick foam-core backing in deep box-frames made from dark wood, without any surrounding mount, were displayed in a 4 x 3 grid, as shown in the final subsidiary image.