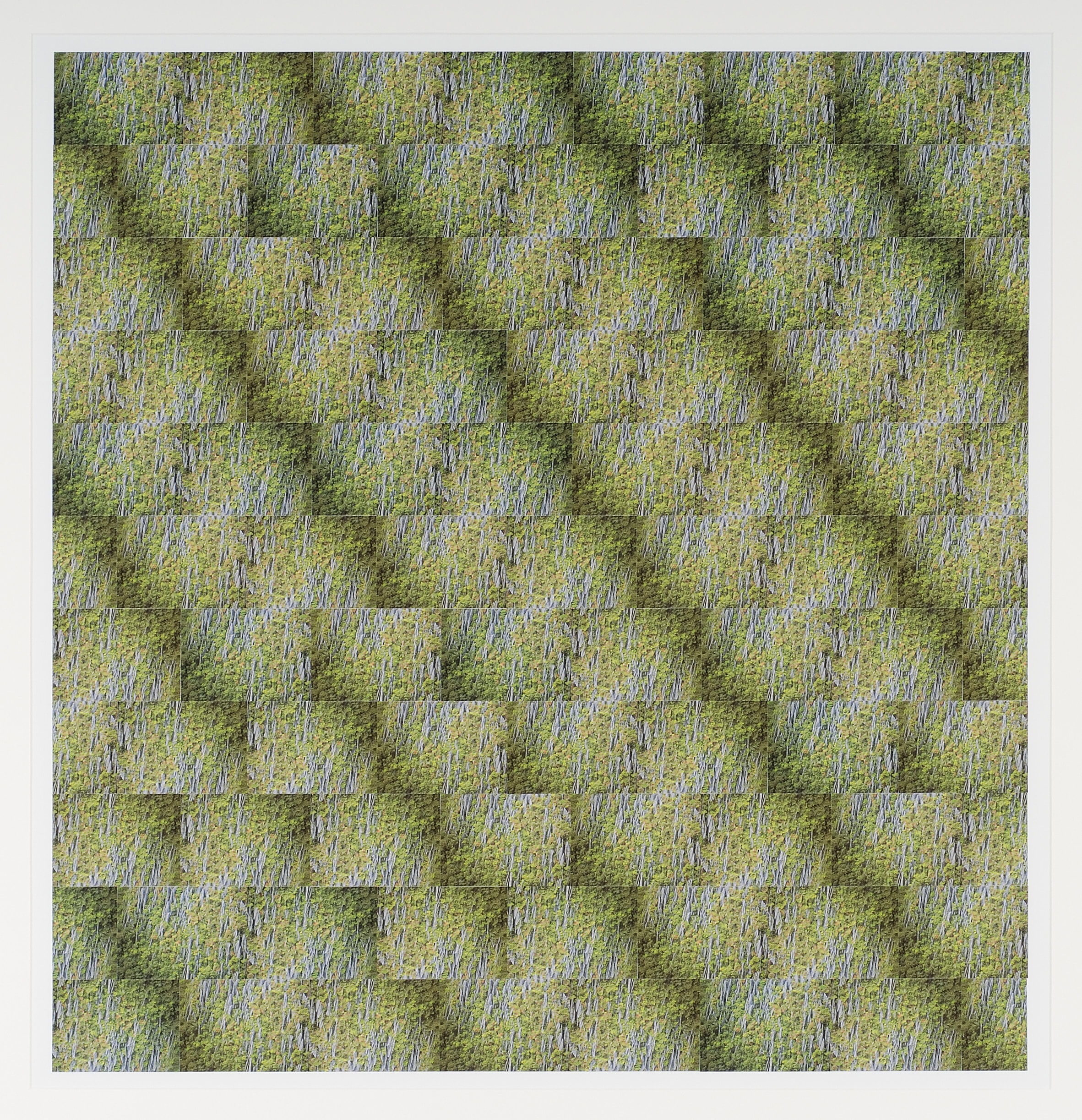 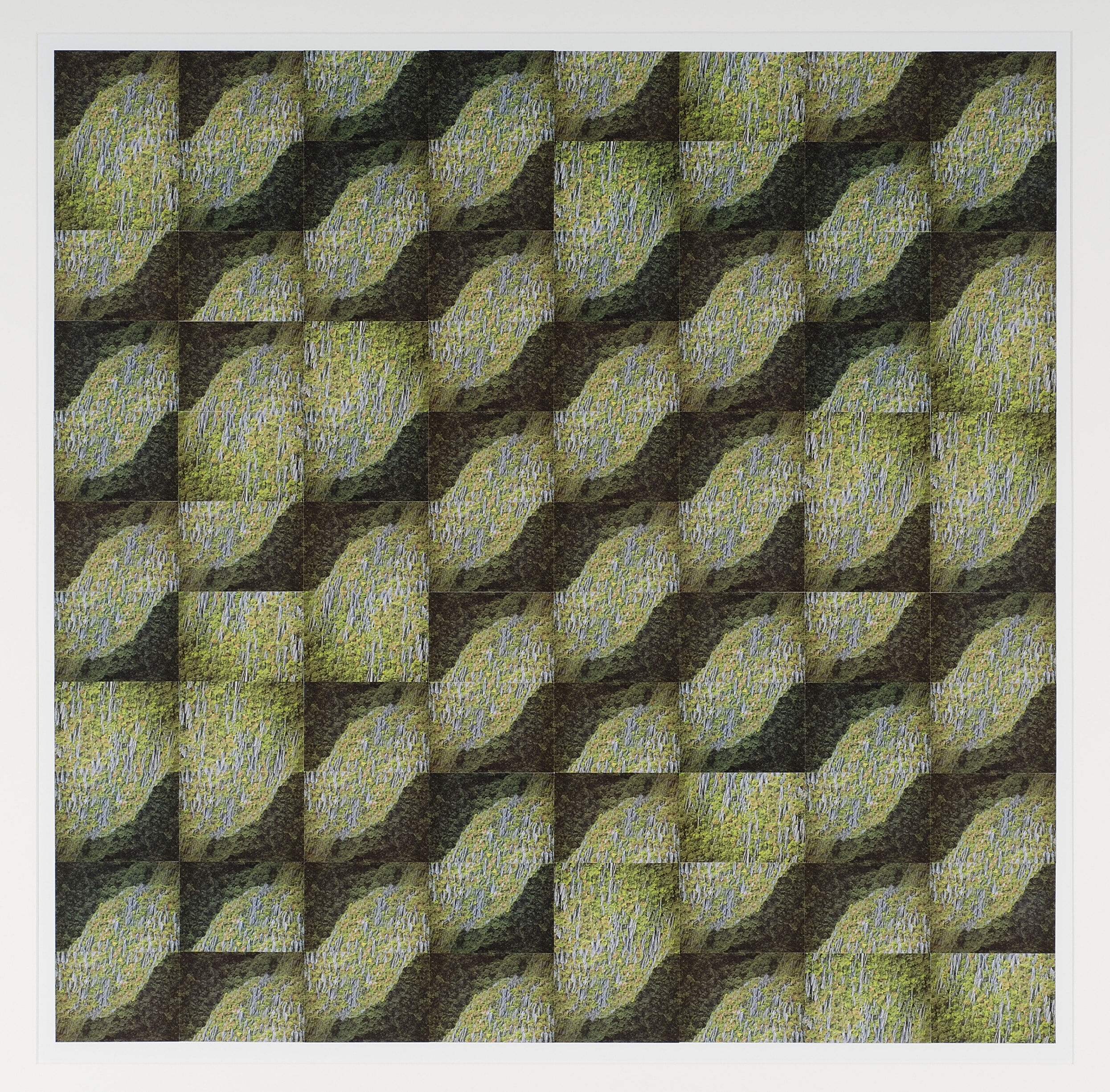 When I’m on holidays, I like to send postcards. They have to be suitable postcards, though: a strong, single, non-cliched image, without superimposed text – often hard to find.

Then when I’ve sent all these “good” postcards, I have to get inventive!

Buying multiple copies of the same postcard, I cut and sticky-tape them into new abstract images to send: it’s a small way of continuing an art practice while on holidays, without a studio.

During a three-month residency in Malaysia last year, this “holiday play” led (as play so often does) to new work, the "Borneo Fugue" series. *

The original postcards, from Malaysian Borneo, show the famous rock pinnacles in Gunung Mulu National Park in Sabah (an original photograph by Peter Wee), and the giant Rafflesia flower in the Borneo jungle (photographed by Sim Eng Hiang).

In my works, the multiple half-images become individual units subsumed into a greater pattern. There is a reference to Islamic tiling in which each tile bears only a fragment of the overall pattern: it is only when seen en masse, abutted, rotated and translated, that the grand design emerges – a process the result of which is always unforeseen….

In these works, however, the geometric regularity is undercut by the introduction of imperfections: visual expectations are set up, only to be disrupted. Tiles are misplaced, the grid is distorted: perfection is both an illusion and much less interesting than reality.

*The fugue - a musical form where a simple subject is repeated and harmonised in counterpoint – also bears another meaning, in psychiatry : “a flight from one’s own identity, often involving travel to some unconsciously desired locality"…… (Shorter Oxford English Dictionary)