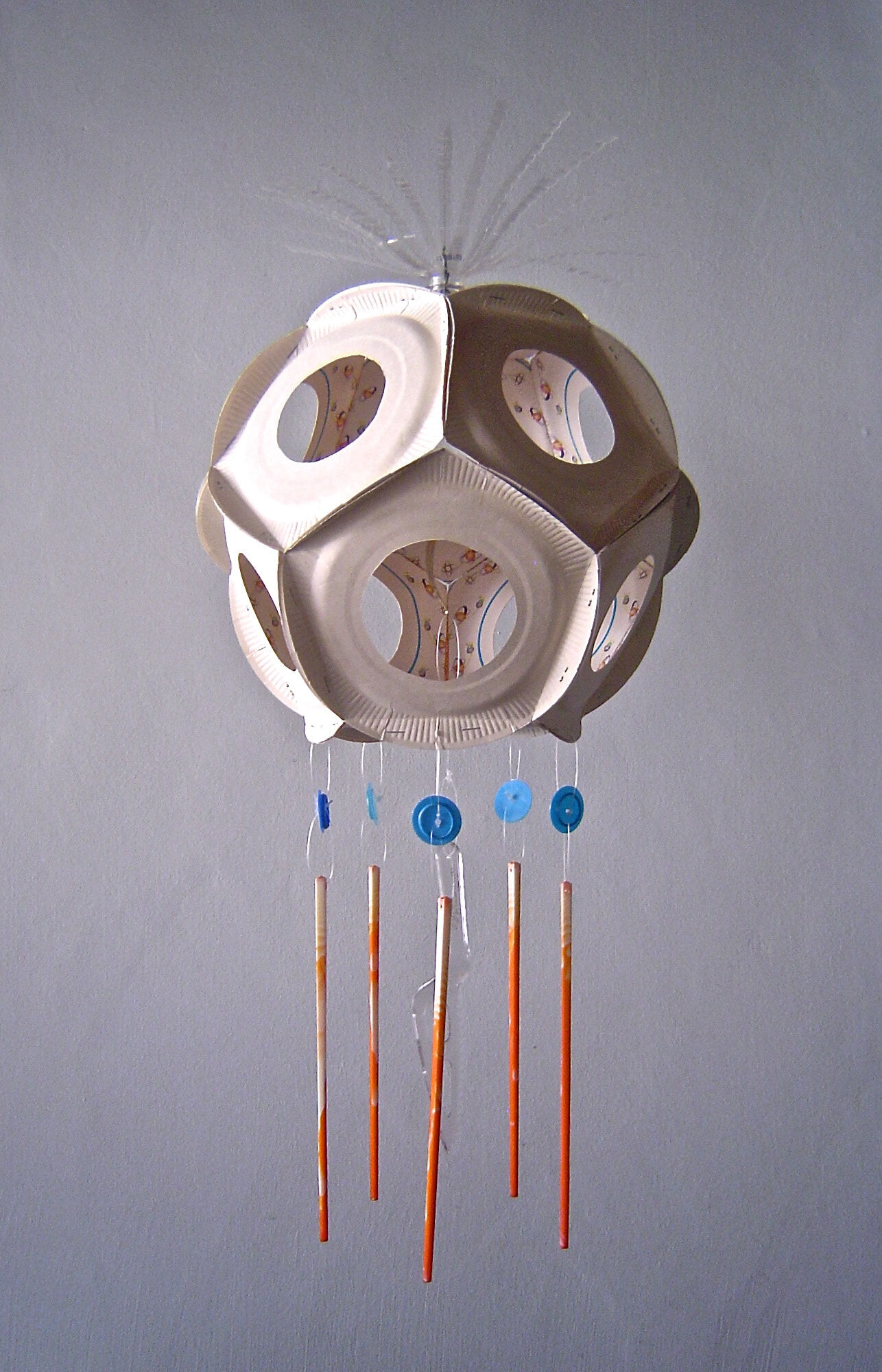 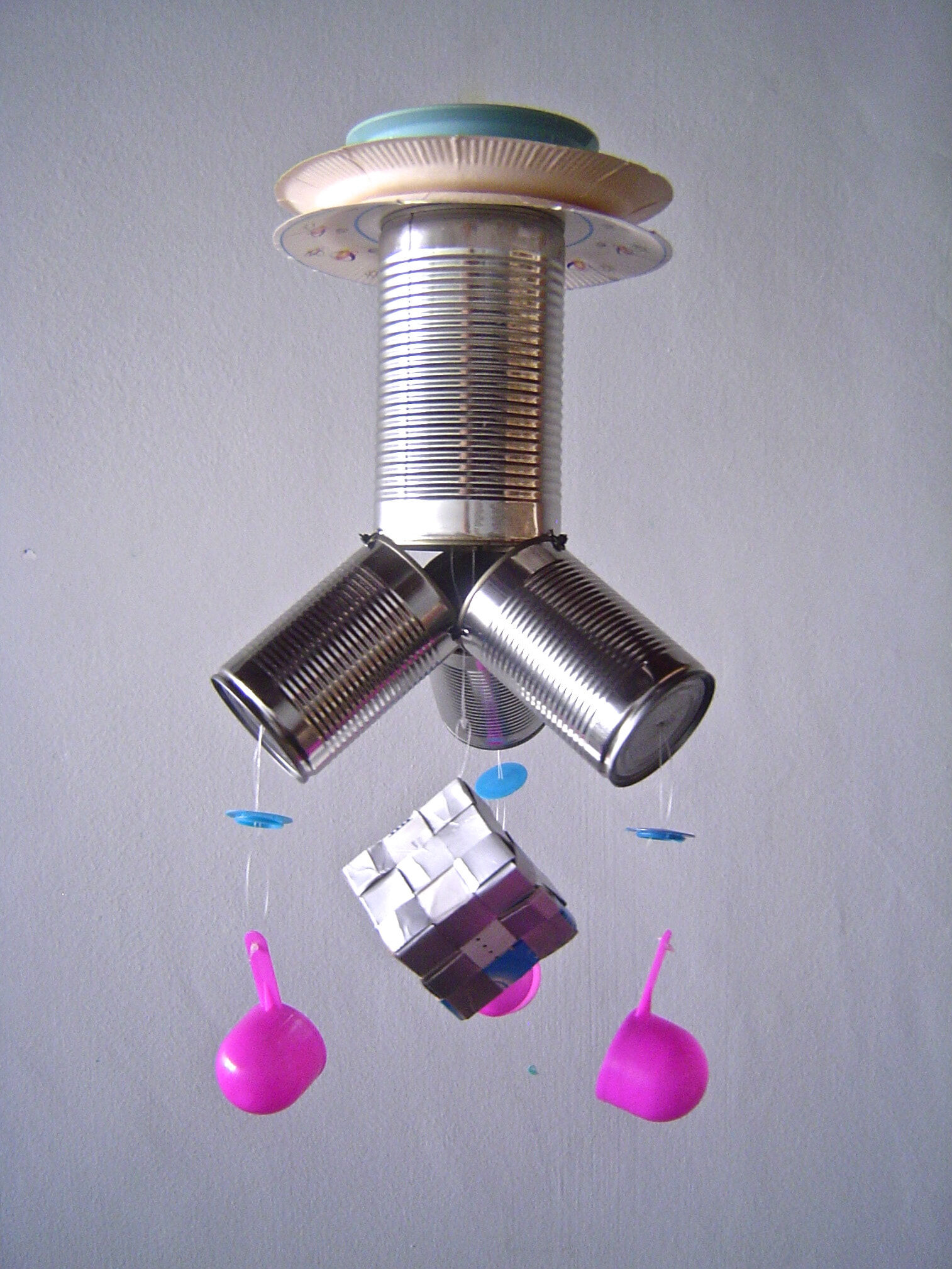 By A String series

* A set of five postcards (colour images of five of the works illustrated here) is available for purchase from the artist - drop me a line! Price is AUD $5 per set, plus postage.

Some time in late 2014 my friend, fellow artist and Run Amok Gallery director, Hoo Fan Chon, made the seemingly-casual comment that he had an idea for a collaborative exhibition with me to do with vernacular decoration, and asked whether I'd be interested. "Of course!", I said - "Yes!". Occasional conversations on the subject followed, during one of which the rather important fact emerged that the collaboration wasn't to be one in which we both created the work, but one in which Fan Chon, as the curator, would direct my work, as the artist. Hmmm...

Rather hesitantly, I began to develop some ideas I'd had in response to decorations seen in George Town's streets, using materials lying around in my studio. I made a few early models of hanging objects, which were apparently - and luckily - the sort of thing that Fan Chon had in mind. With his encouragement, my explorations developed - and intensified. I was soon taken over, almost literally, by a fever of fabrication...

By a String is an exploration and celebration of the temporary decorations with which we adorn our streets and houses and places of worship for festive occasions. With references to the garlands and lanterns and ketupat and baubles which mark George Town's cultural and religious festivals, the works in By a String experimentally re-interpret those decorations with a hand-made aesthetic and a consciously low-tech approach, using a limited palette of everyday, found and low-cost materials. Using (and discovering) the decorative language of repetition, symmetry and balance - of shape and colour, size and texture - the works combine a limited vocabulary of forms to create strange objects: "Decorations for a Festival Unknown... "

The process of creating the works for By a String, however, also raised questions. What does it mean to suspend something, to hang it up? Such an object becomes almost-automatically non-functional (unless it's a light-fitting or a birdcage), and enters the realm of the decorative, the solely-aesthetic, the just-to-be-looked-at... This exercise, of suspension, also makes use of a space - the air above our heads - with which we usually have no interaction. Not only is the work hung from a surface we never touch - the ceiling - it also occupies and disrupts a physical and optical space which is normally a void.

Then there are the memories associated with festivals and their decorations. I can still conjure up the anticipatory excitement I felt as a child, unpacking the - in my own case - Christmas-tree ornaments from the boxes stored in high cupboards, suspending the shiny baubles from the branches of the tree, placing the impossibly-beautiful fairy on the trees highest point... So the decoration - by definition non-functional - does in fact have a cultural role to play, as a marker of tradition and continuity, and a cue for memory and nostalgia.

By a String is also an objective demonstration that being nudged sideways in one's self-defined artistic trajectory - as initially resistant as one might be - is always worthwhile. Thankyou to Fan Chon for talking me into it, and also to Trevor Hampson and the Run Amok Gallery collective. What new things one learns, and makes, while playing!