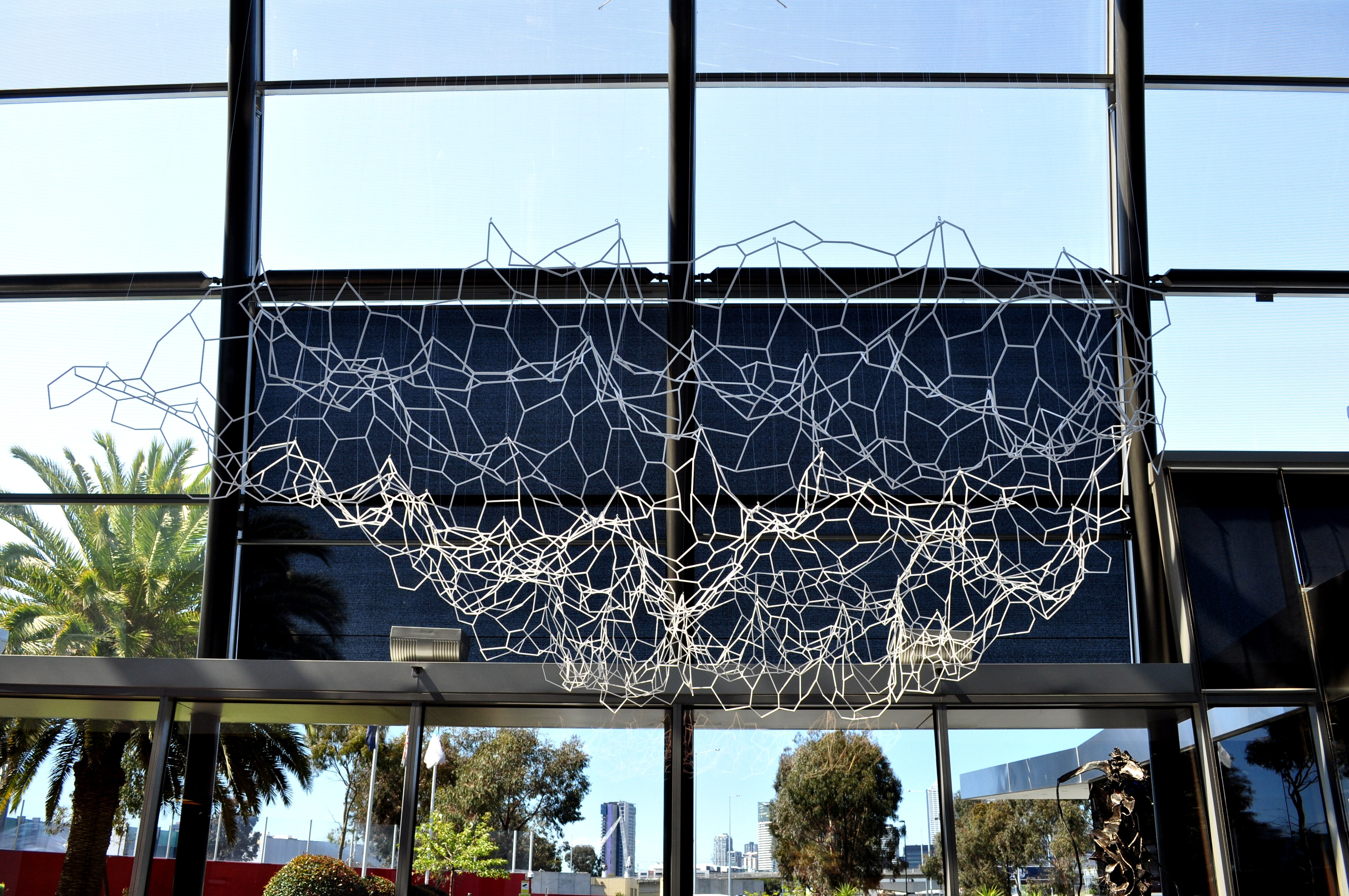 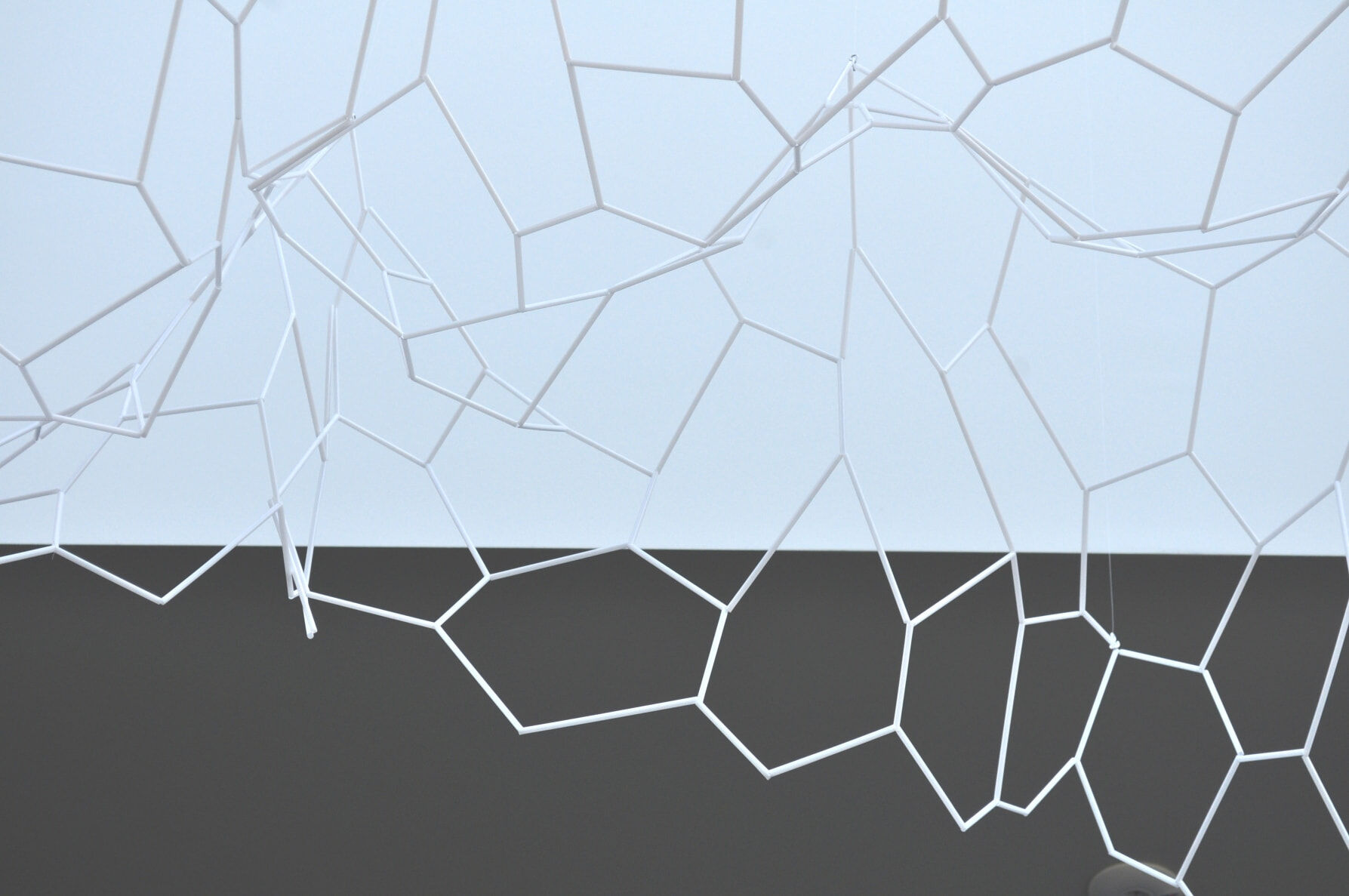 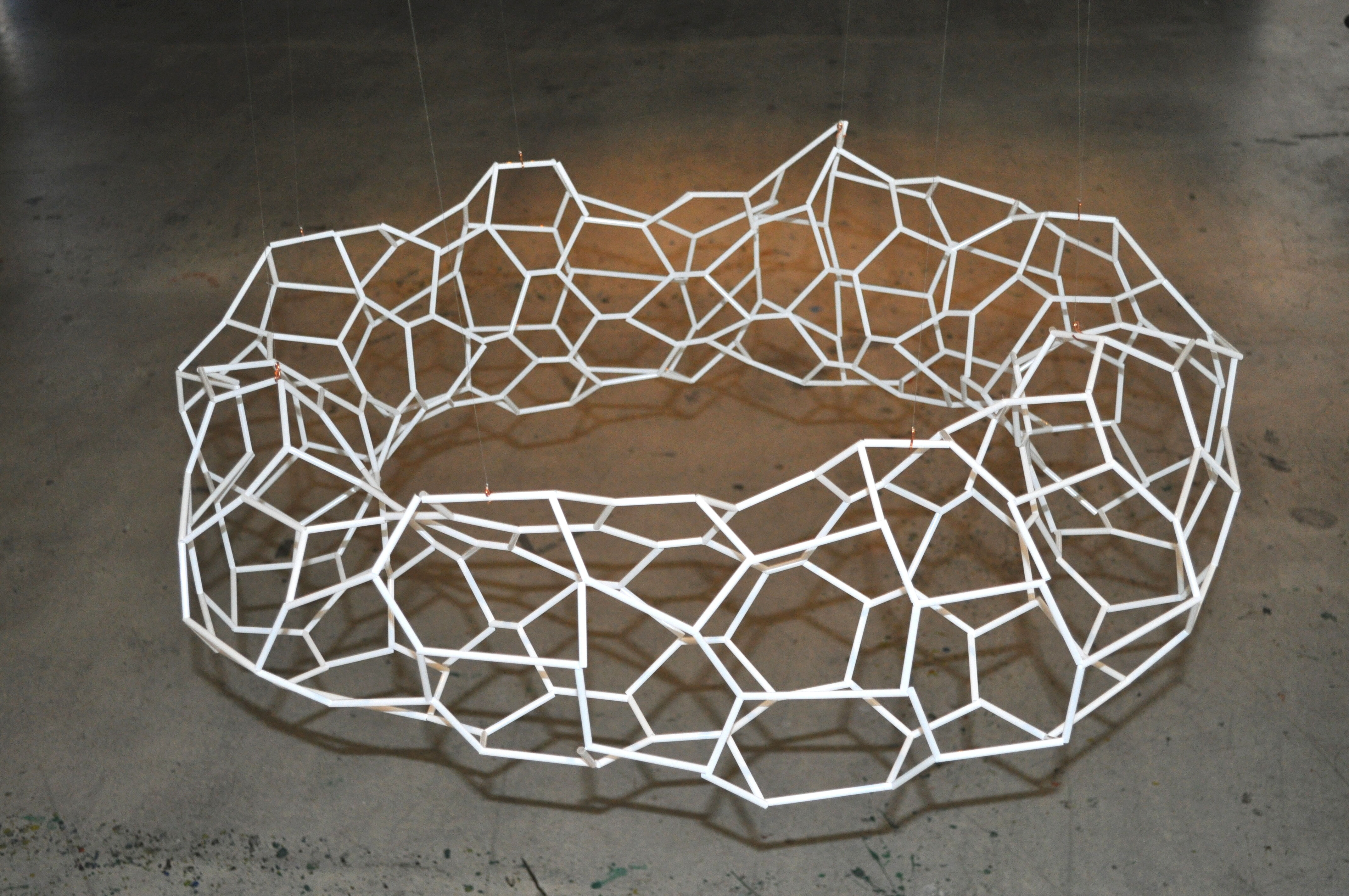 The subsidiary images show a detail of "Cloud Net", and two views of "Smoke Ring" (2011. Plastic drinking straws, nylon monofilament; 20 x 115 x 115cm), a work made during a residency at Victoria University in 2011, using the same materials.

"Cloud Net" is the result of play in the studio, responding to plastic drinking straws as a material from which to make work. The straws are lightweight, cheap, and available in bulk, and lend themselves by their form to being threaded and joined together. Cut into sections, and assembled randomly in terms of differences in length - although to a distinct pattern, the straws assumed a changeable form at once strangely organic and geometric. The title of the work alludes to both the appearance and the function of the work: is it a net which looks like a cloud (or the computer design for one), or one designed to catch them?

Or indeed, is it something else altogether?