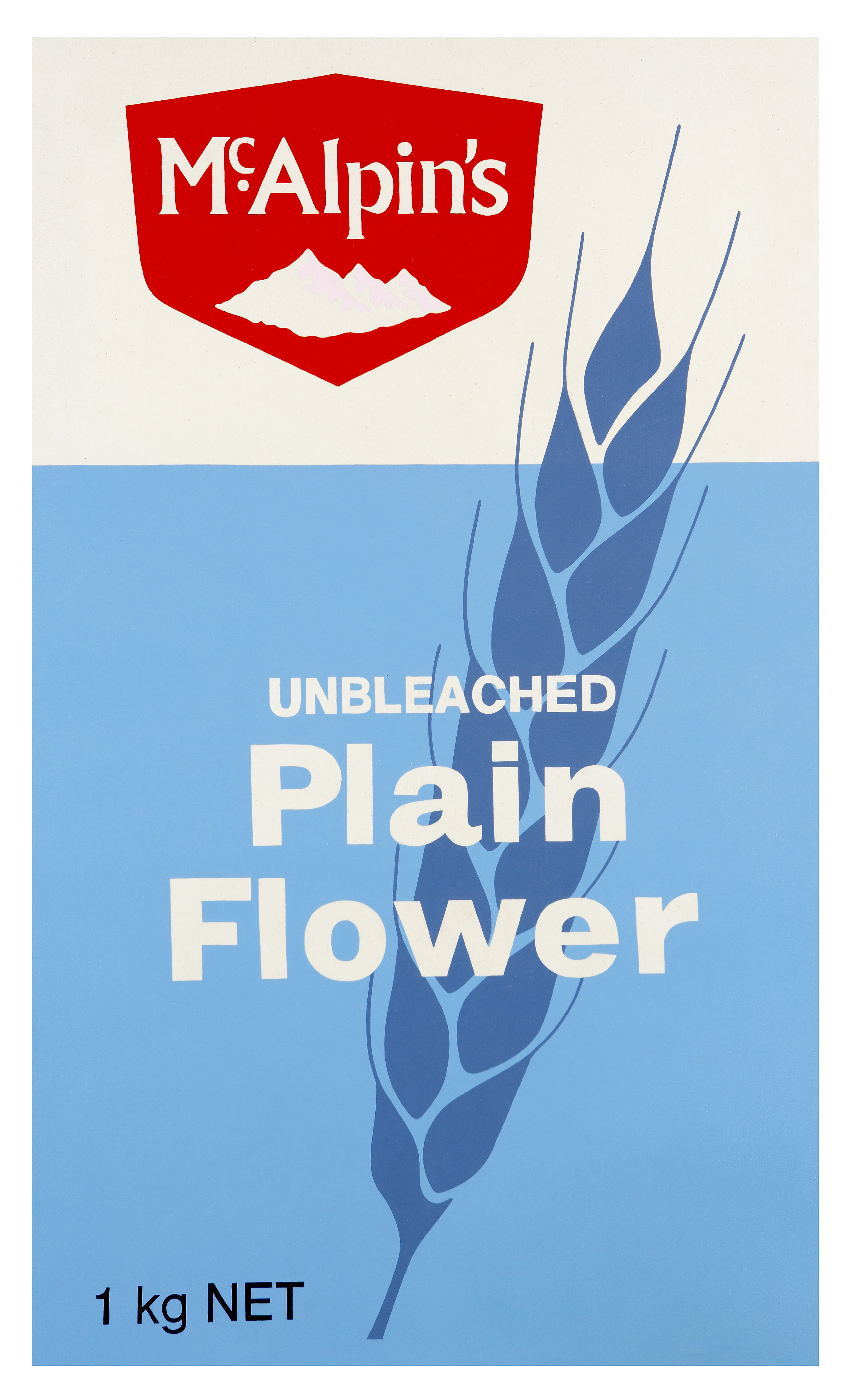 "False Cognate No.1" – the first (and to date only) of a series of paintings – came about because of an exhibition I was asked to put a work into, in 2004 – Floranova at Nellie Castan Gallery in South Yarra (by whom I was represented at the time). The theme of the exhibition was flowers – “flora in contemporary art”.

As my work at that time was abstract geometric paintings based on cut-up and reassembled text, I didn’t want to paint something altogether out-of-character and beyond the realm of my particular interests (especially given the minefield of kitsch that “flower painting” can be…), so I decided to take a grammatical tack in approaching the brief, and looked at the false cognate – a word that sounds the same as another but has a different meaning. "Flower" thus became "flour", and the iconic McAlpine’s Plain Flour box became a container of plain flower.

The work is an homage to the design of the original packaging, a nostalgic take on my childhood domestic memories – but with a twist of “But that’s not the right word!” The presumed “natural” connection between word and meaning is thrown into question, momentarily. (And is it actually “flower” meaning blossom, or “flower” as in something that flows - like a river, perhaps?)

So that’s where the "False Cognate" series starts - and, to date, ends – but perhaps #2 is coming right up!