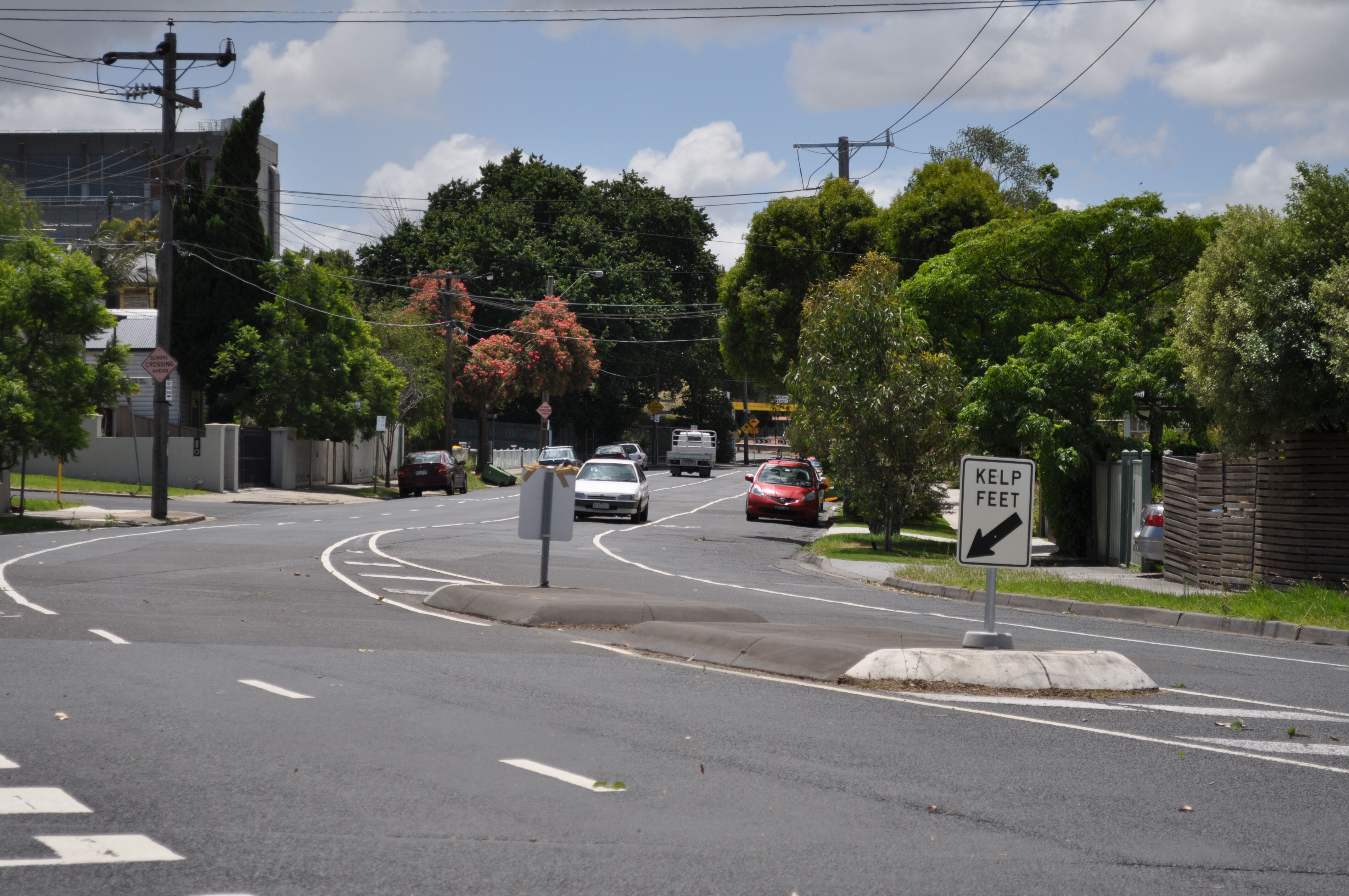 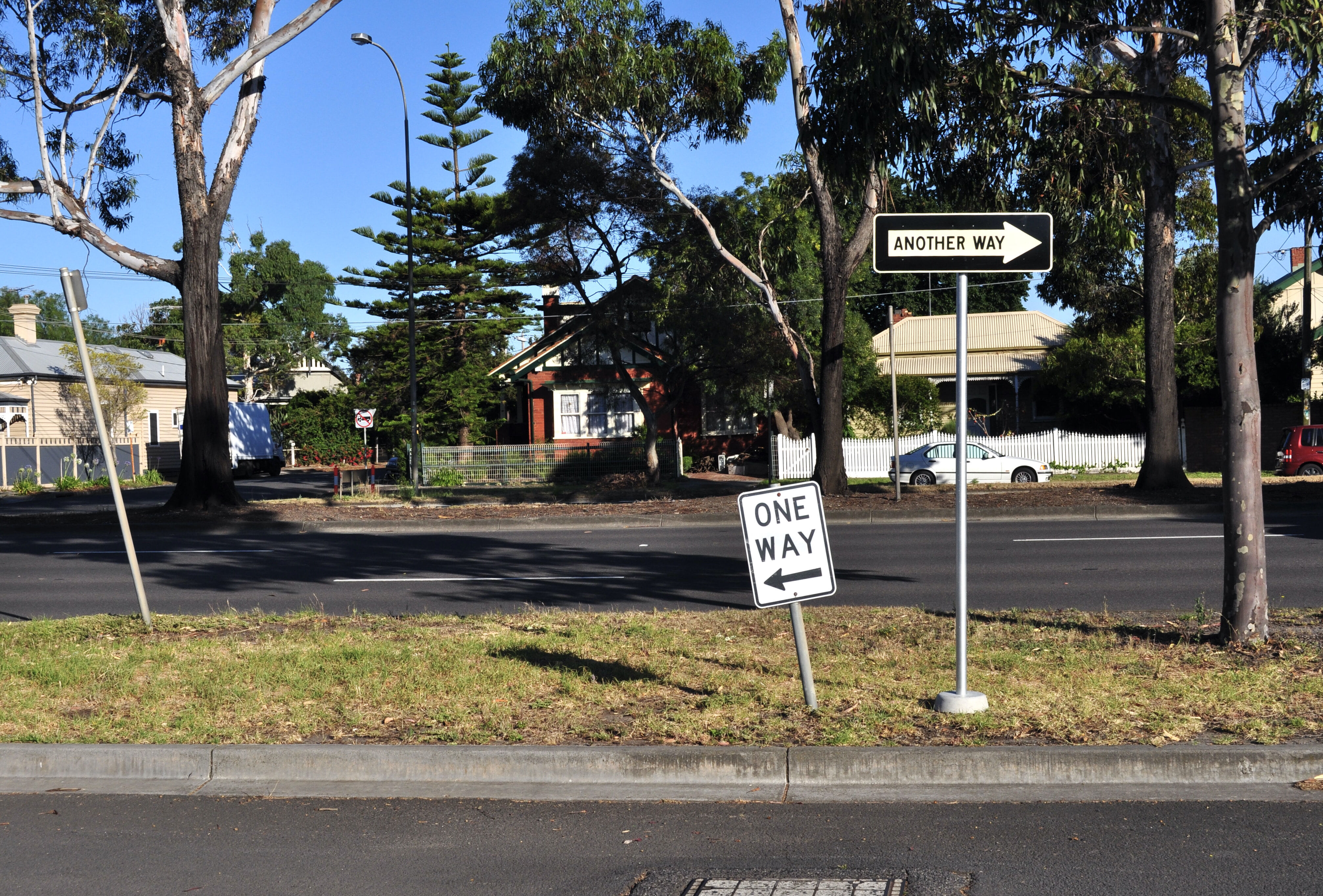 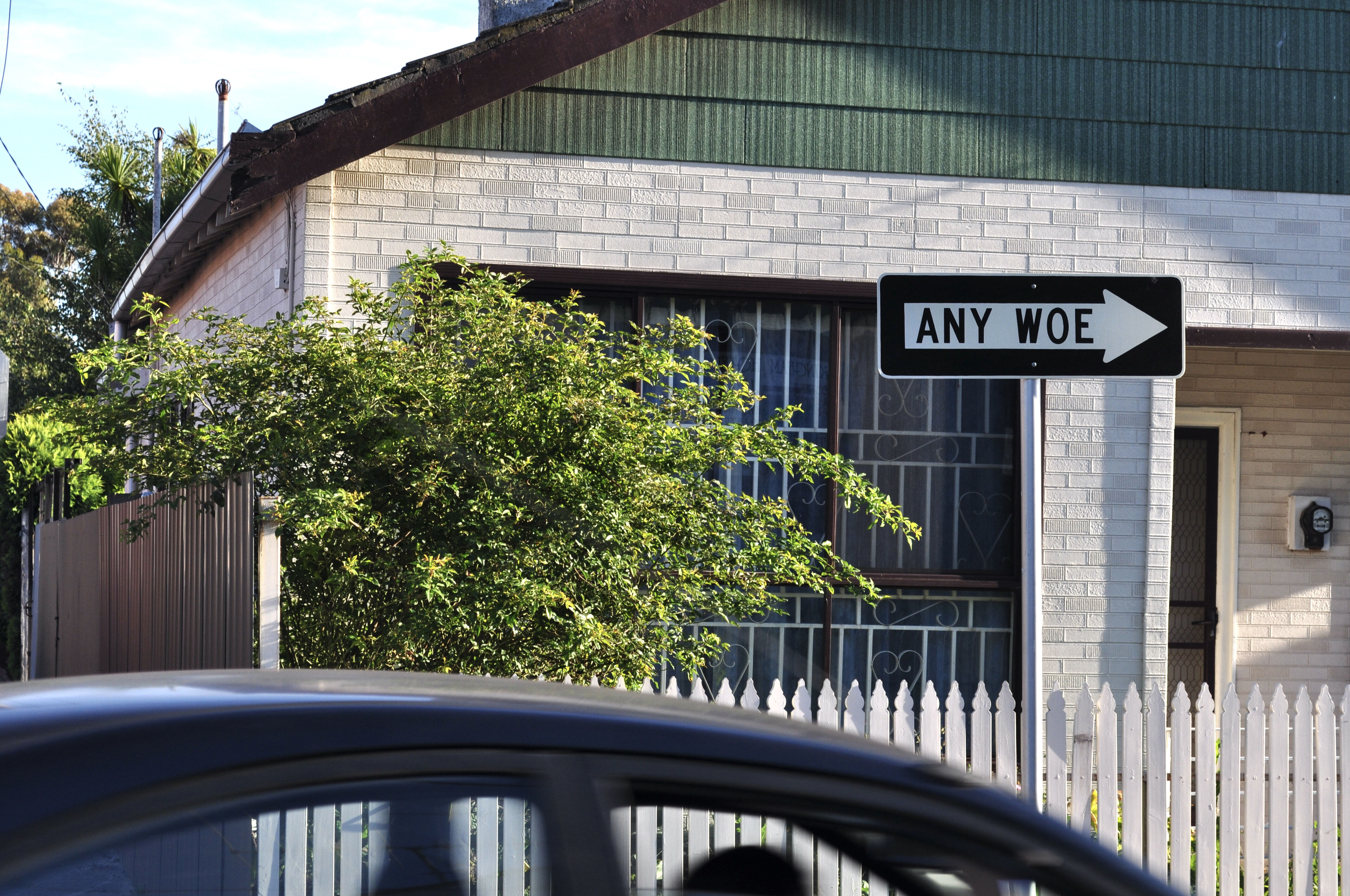 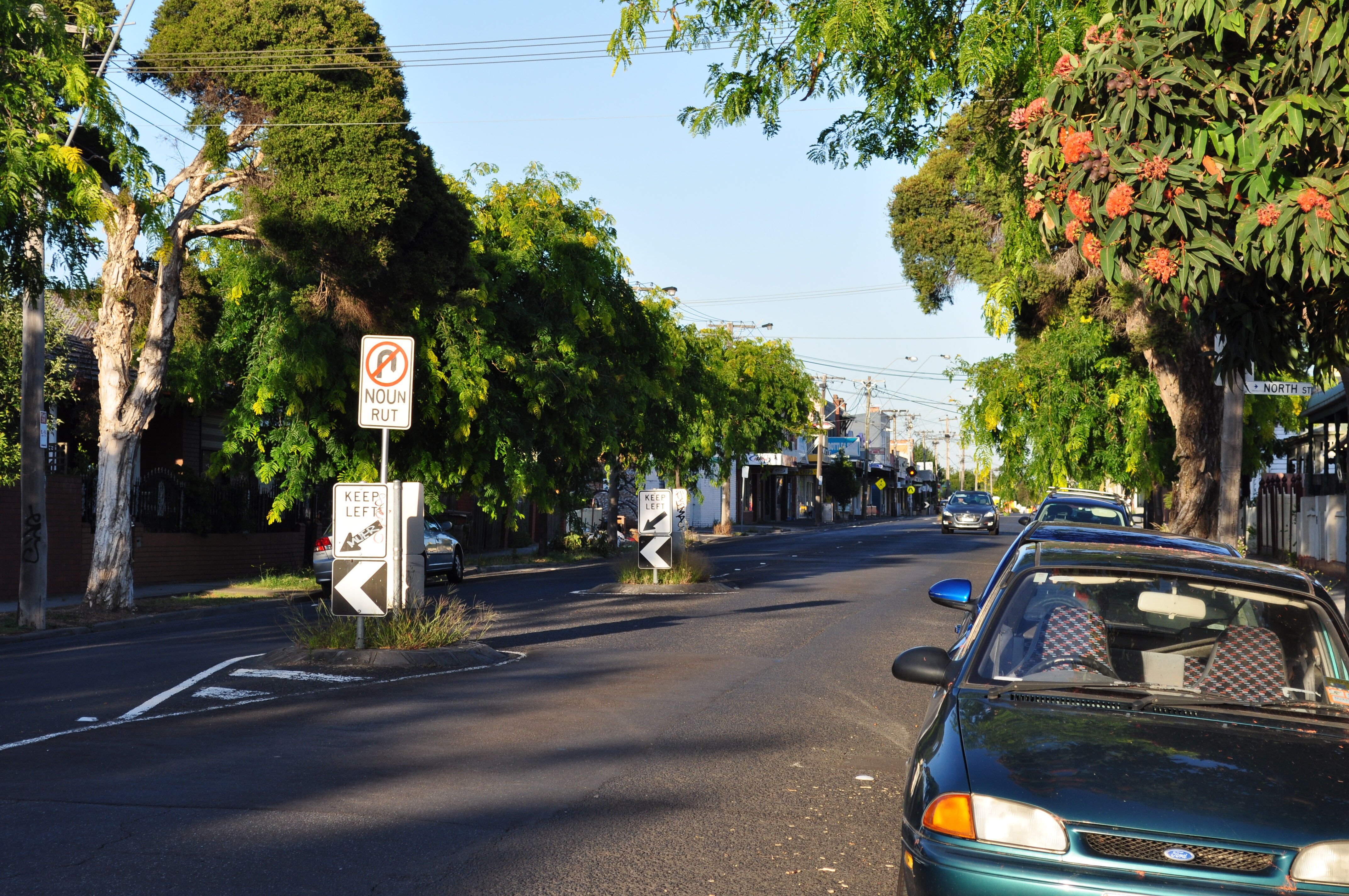 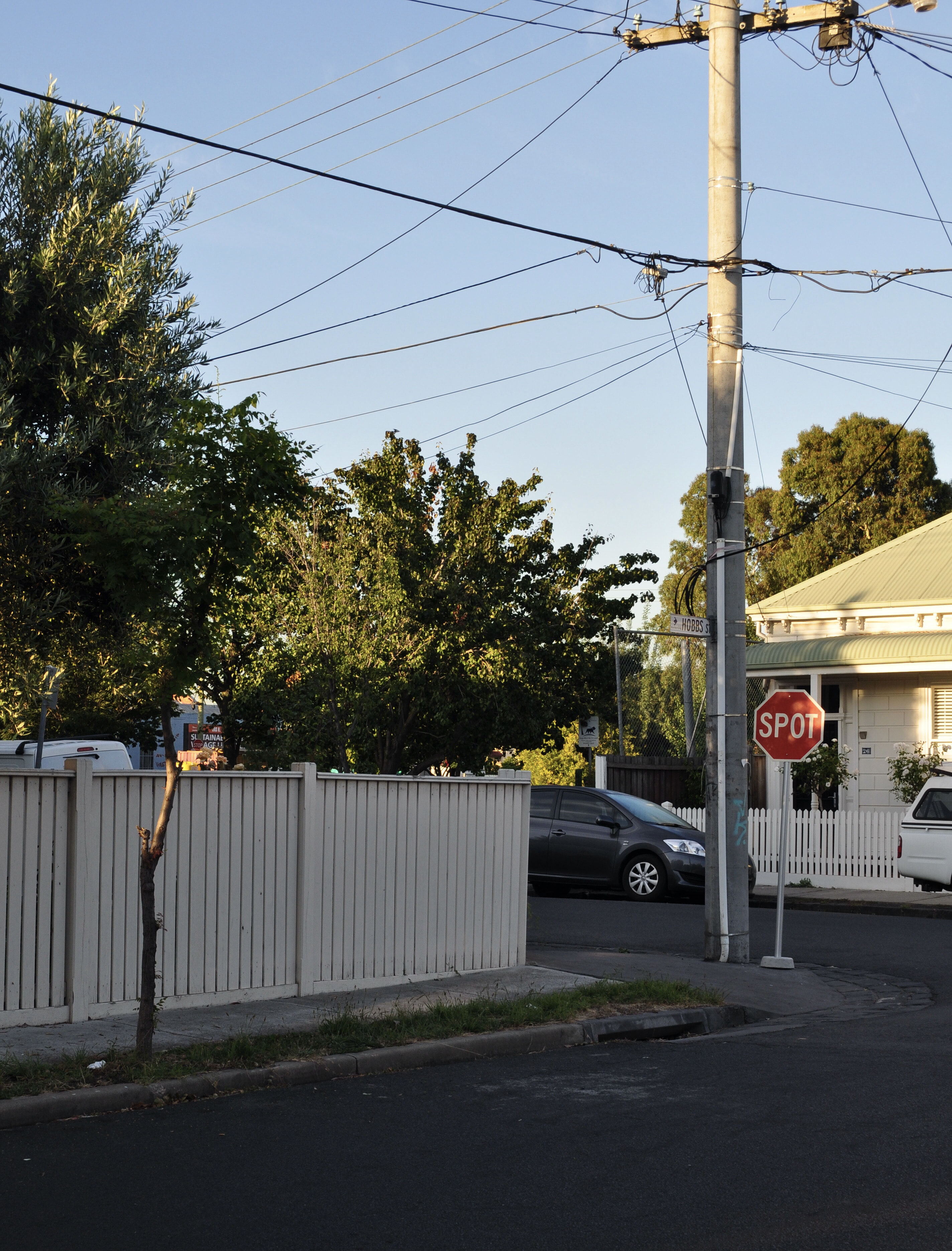 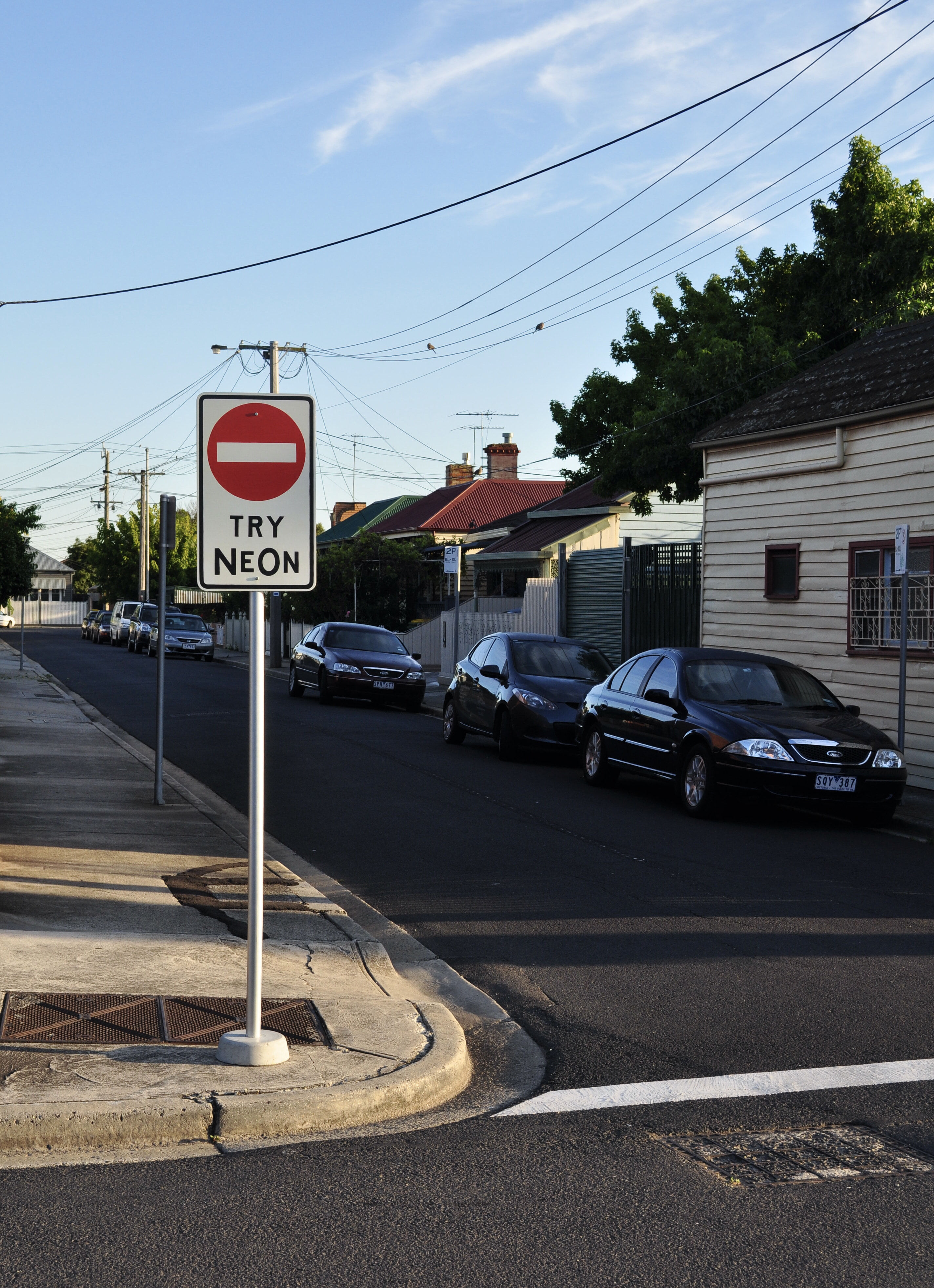 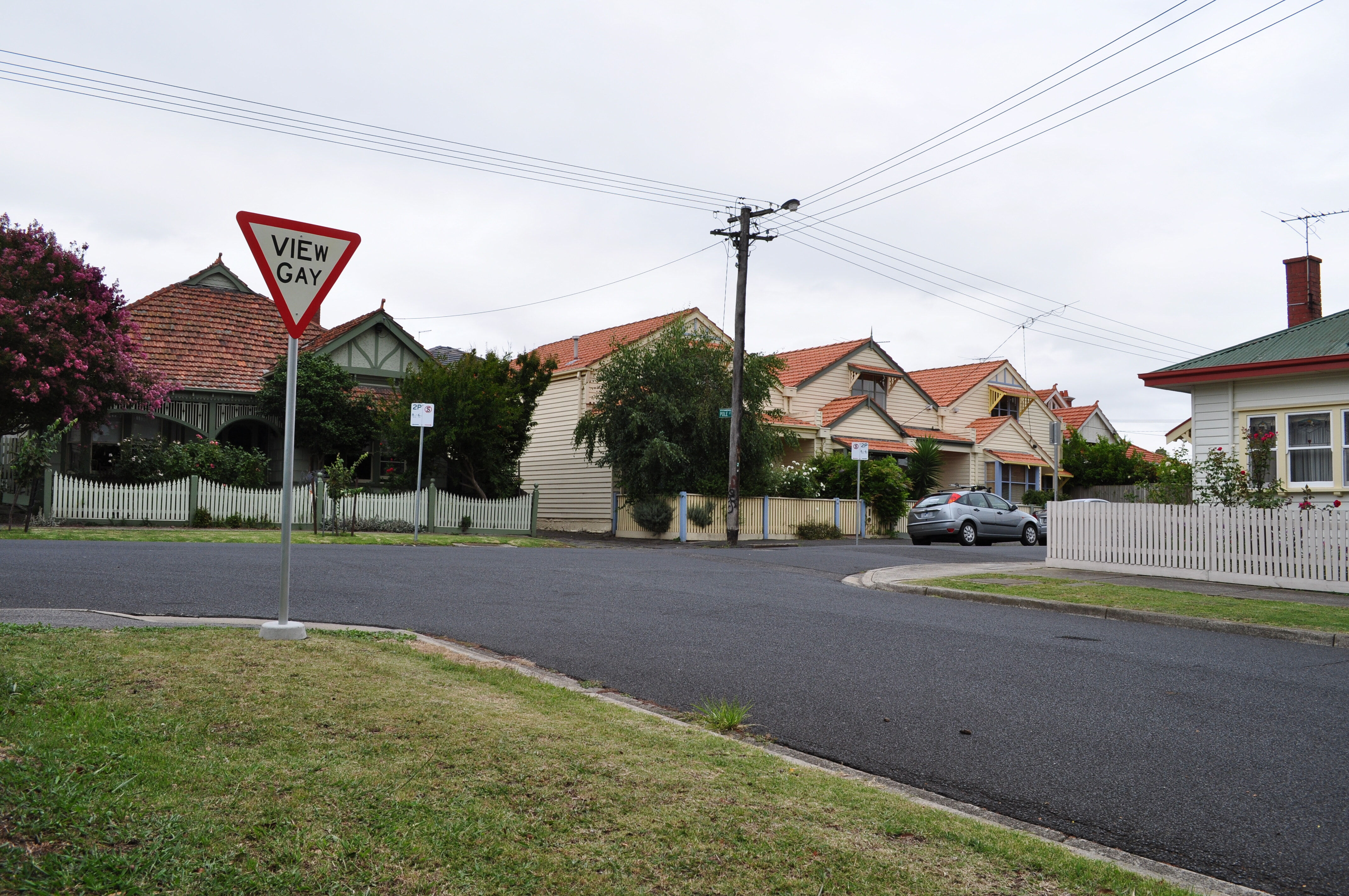 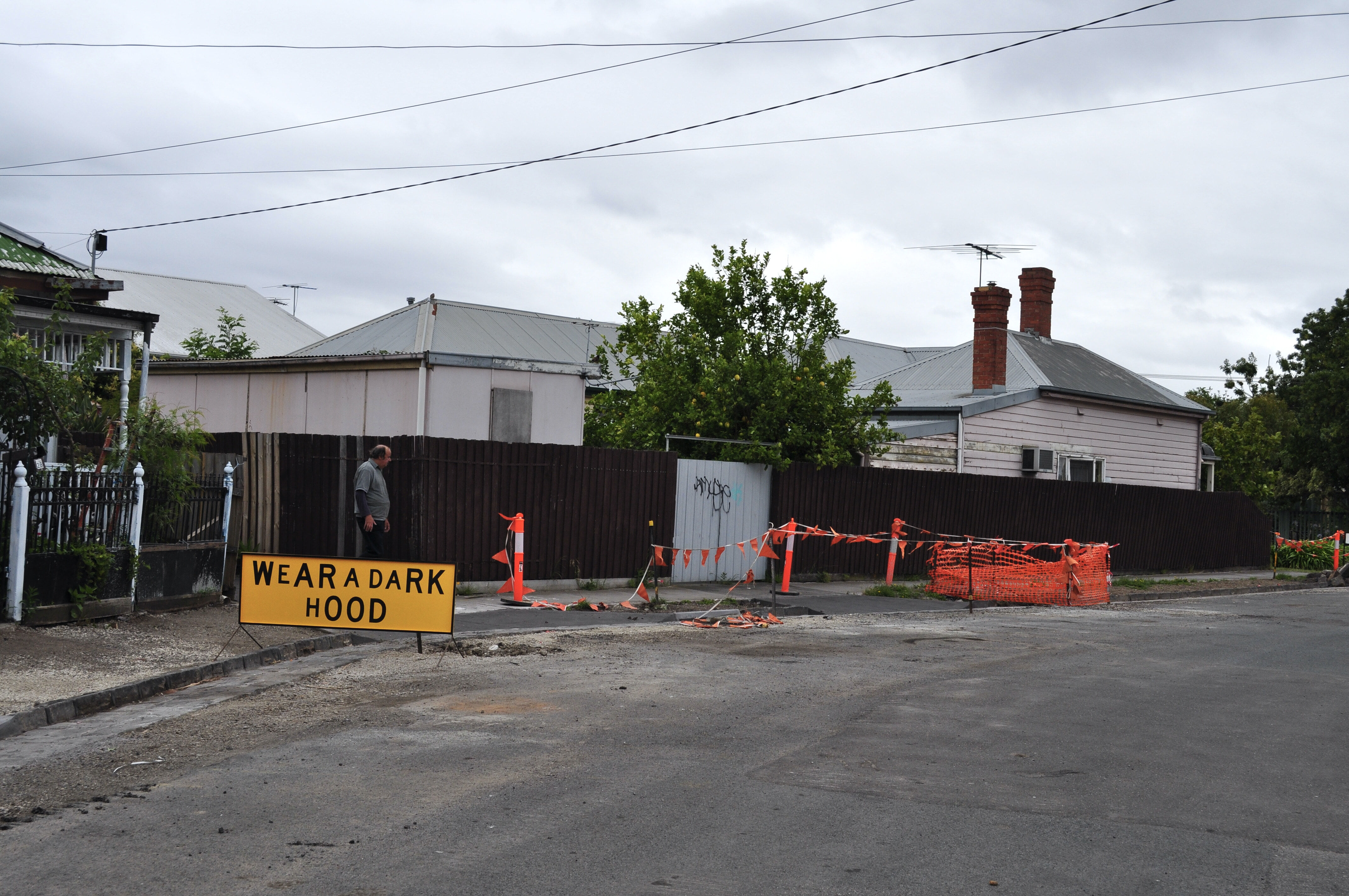 "Kelp Feet" was one of a dozen or so simulacra of street signs exhibited in Tim Craker's first solo exhibition, "SIGN", at West Space in Footscray (where the gallery was located at the time) in 1995. The signs are photographed here erected in the real world...

Imagine if the STOP sign at the end of the road read SPOT instead, or the ONE WAY sign spelt out ANY WOE... These are some of the questions that have led artist Tim Craker to the production of his exhibition SIGN at West Space Gallery in Footscray.

"I'm interested in how the street sign is recognised as a known assembly of colour, shape and text, which we then don't need to actually read or think about - I want to interrupt this familiarity, and provoke some thought."

The exhibition comprises a collection of life-size, but not quite life-like, street and road signs: free-standing signs are interspersed with wall-mounted and floor pieces to create  a textual environment - not dissimilar to the one which surrounds us in the "real" world every day. Having caused an initial "double-take" response, the signs are open to a number of readings:

"On one level they're simply whimsical or absurd - and I respond to that sense of humour - but on other levels they can be quite poetic or emotive, as well as gently critical of the authority of the original sign - a bit like the way graffiti can undermine advertising."

And if these signs were to be found outside, rather than inside, the gallery - what then? Having posed the question, SIGN leaves the answer open...