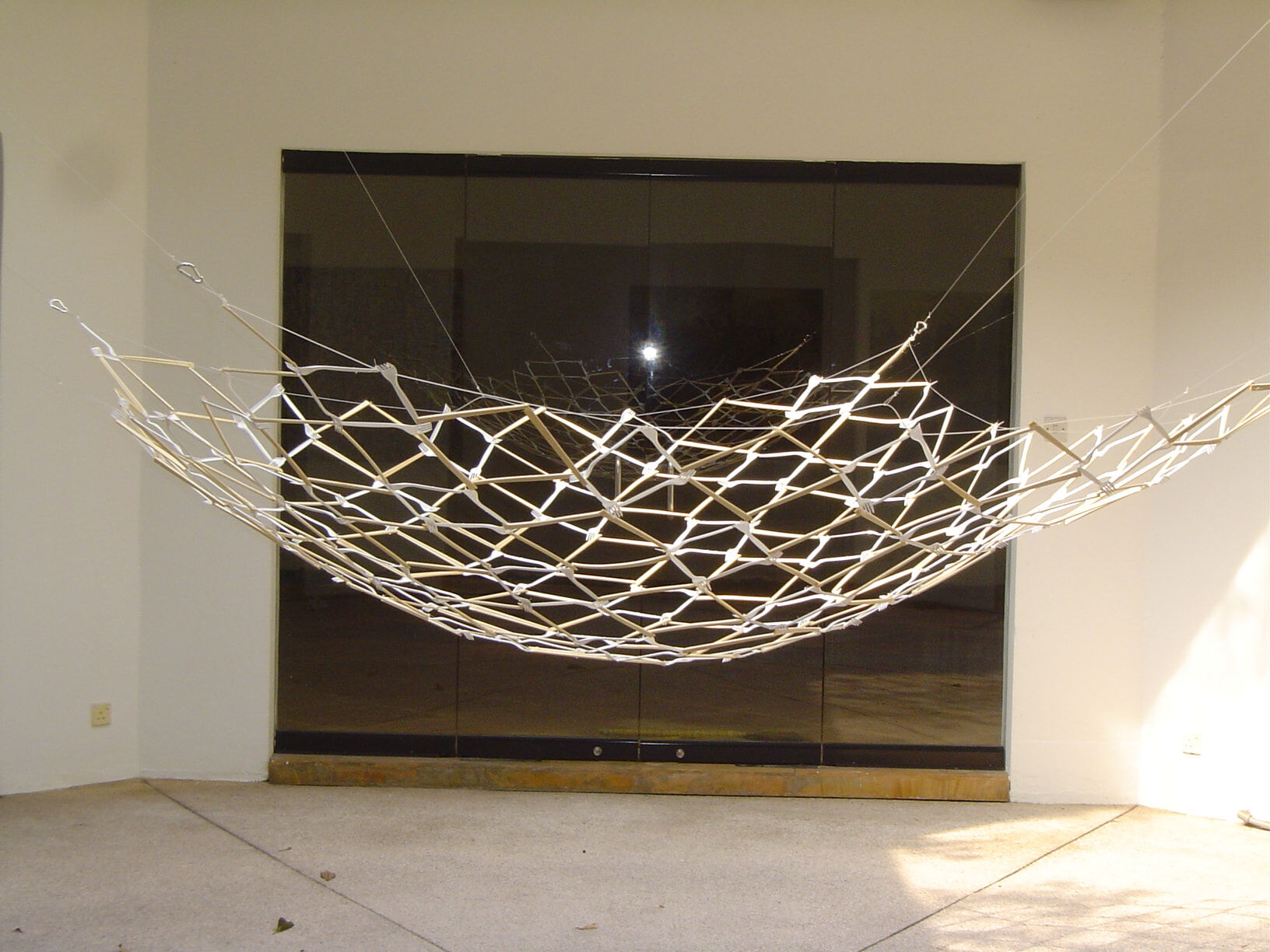 "Mixed Marriage" is shown hanging in the open-air gallery atrium at Rimbun Dahan, Kuang, Malaysia in 2006. It was also exhibited in Queer City  (a Midsumma Festival exhibition) in January 2008.

Several weeks ago I read in one of the weekend newspaper magazines a regular article about people's "favourite things". This particular week one of the objects was a small length of an enormously long daisy chain, made as an entry in a sculpture competition by the interviewee's nine-year-old daughter, Lola. Part of Lola's artist's statement was:

I tore the page out, took it to my studio and stuck Lola's quotation in my journal.

In Malaysia in 2006 on an artists' residency, I was invited to be part of an exhibition entitled Feed Me!. The curatorial theme was an exploration of food and its cultural and social significance.

I thought of the role that a common interest in food - recipes, ritual, preparation, cooking, eating - had played (and continues to play) in the successful meeting of my family with my Malaysian partner and his family, and on a broader scale, of the importance of food - in all its various manifestations - in intercultural relations.

I started to play with disposable eating utensils - cheap, abundant, light, easily worked. One result is "Mixed Marriage": a cargo net, a double hammock, an Islamic grille, a picnic rug, an aerialist's safety net, a trap...

It looks - in a sideways glance - at pattern and the grid, at biodegradability and permanence, at natural and synthetic materials, at the culture of the disposable, and at the occident and the orient, in a transformation of the mundane.

Cutlery has been an object and subject I have often returned to - subconsciously - in my work. Aside from the tactile attractions of its immediately-recognisable and particular shapes, maybe what I return to is its symbolic representation of order, of ritual and civilised ingestion, of the set table, of sitting down to dinner and conversations over a meal and what that might stand against.