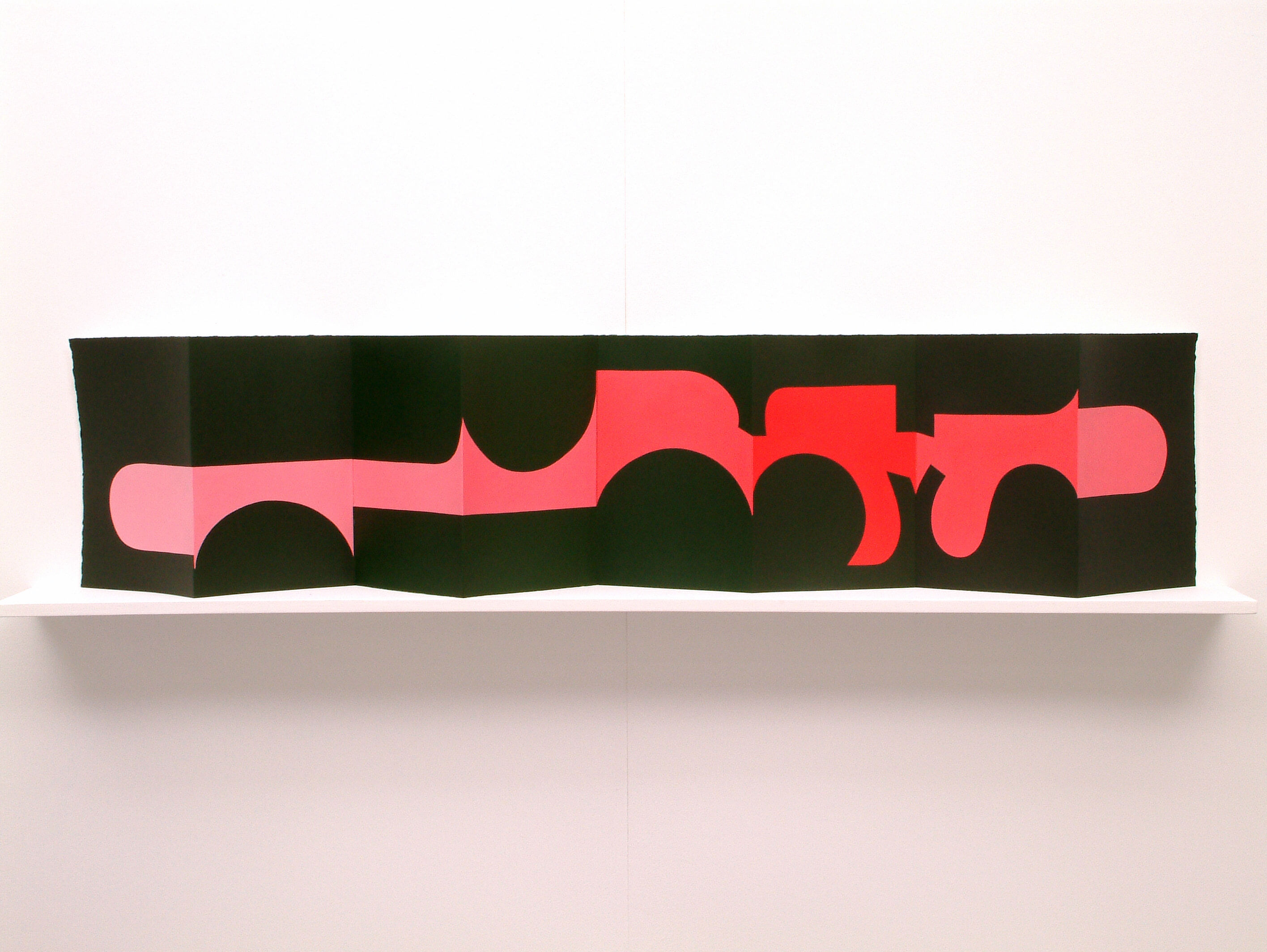 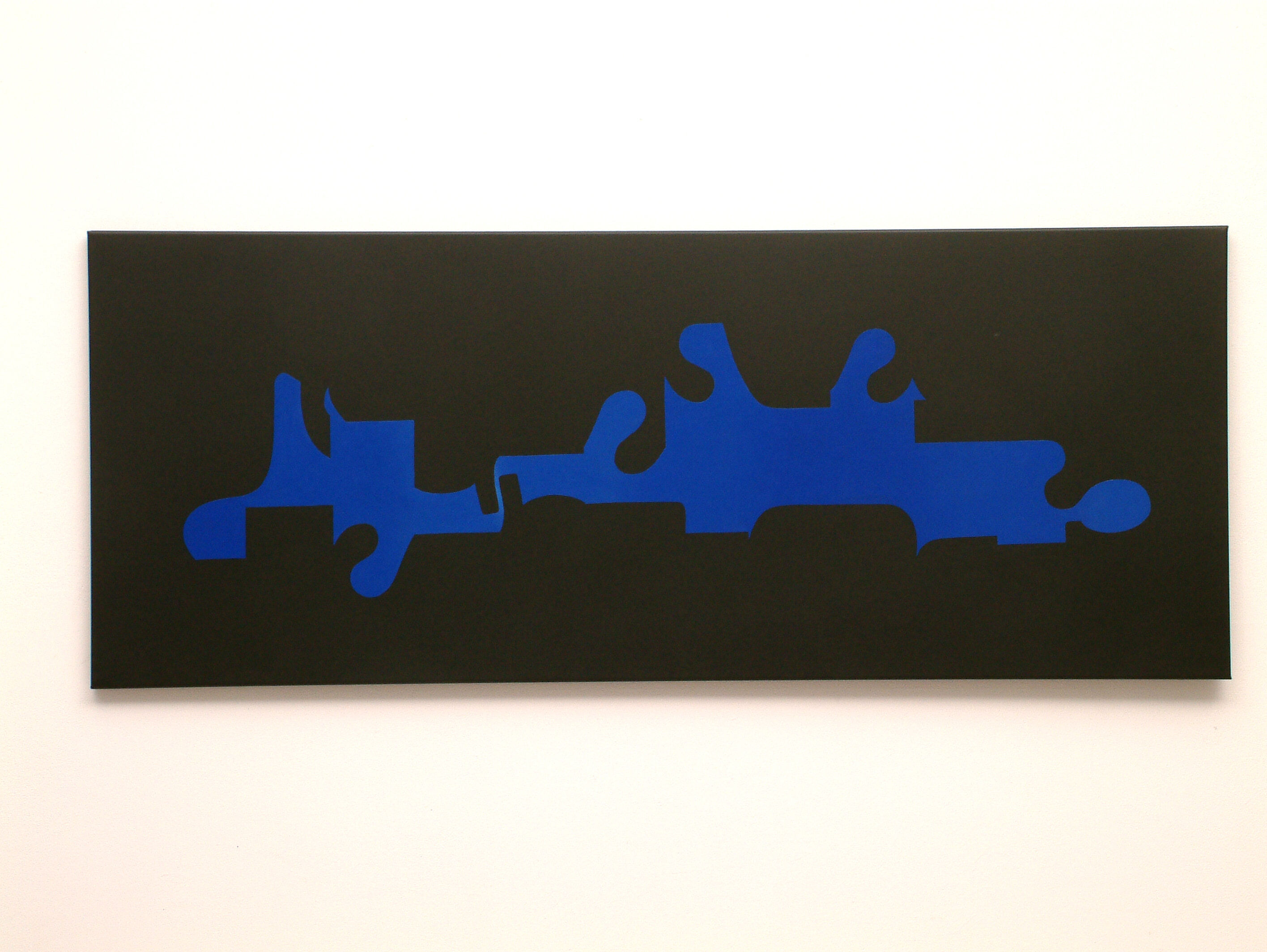 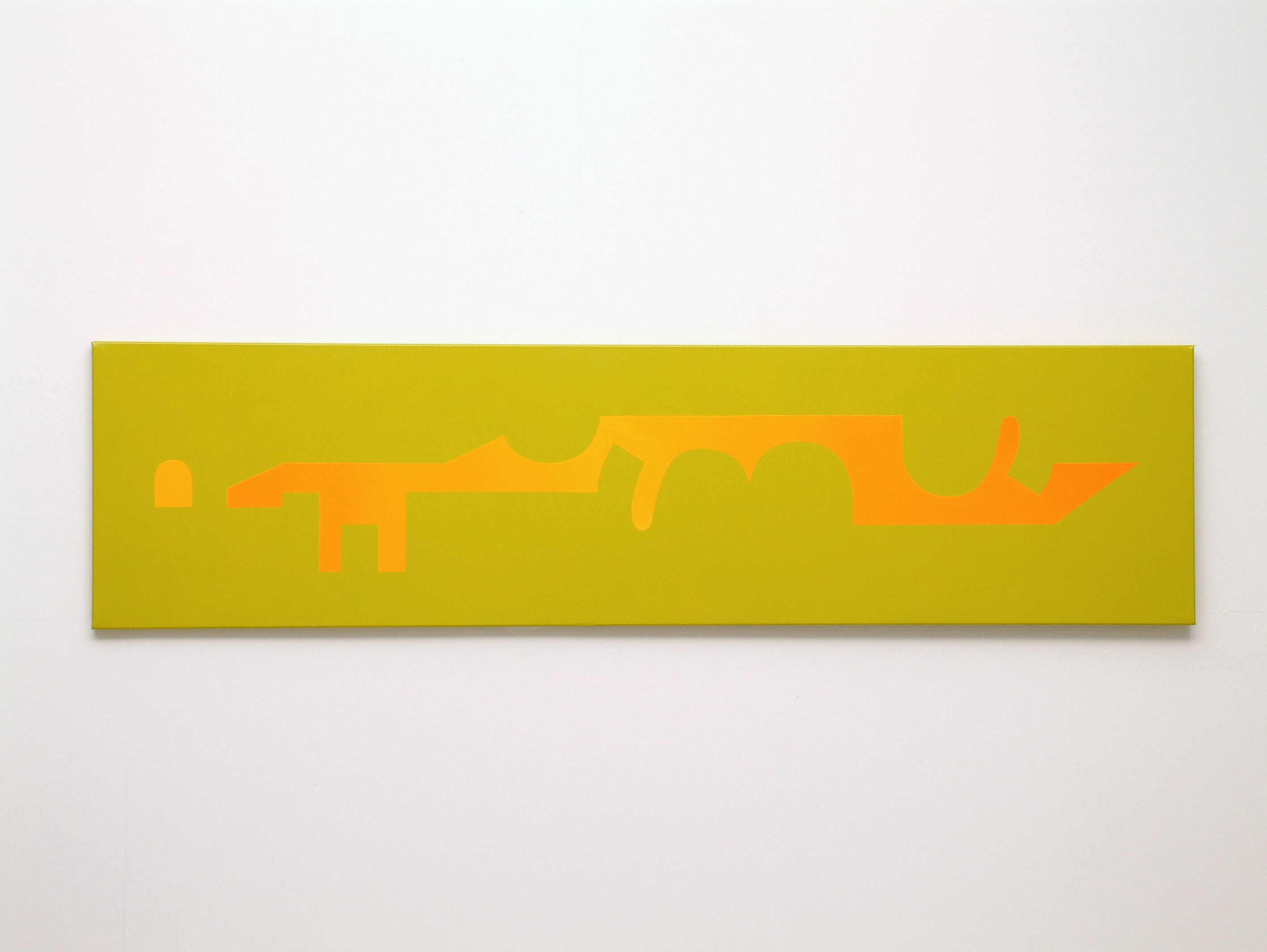 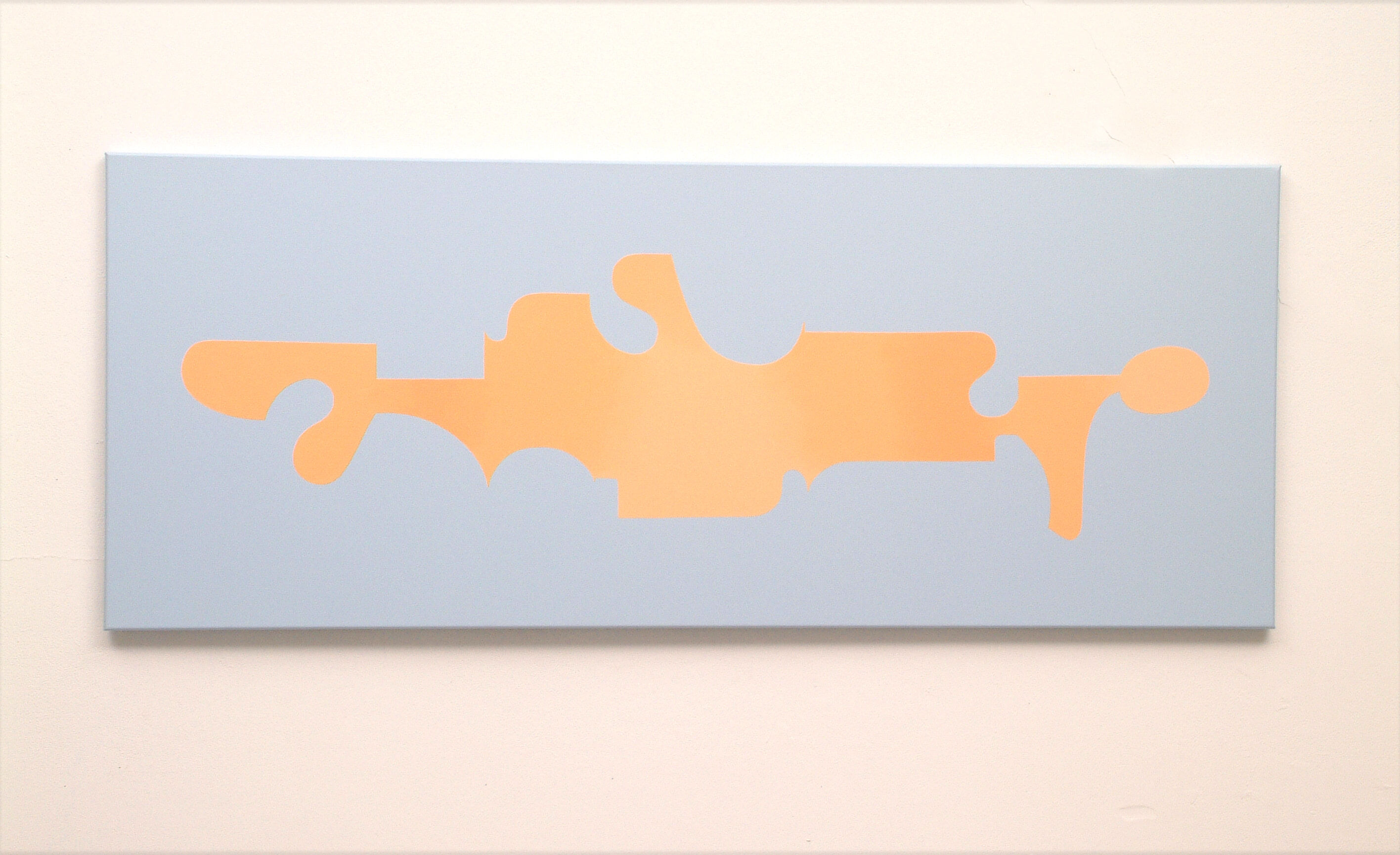 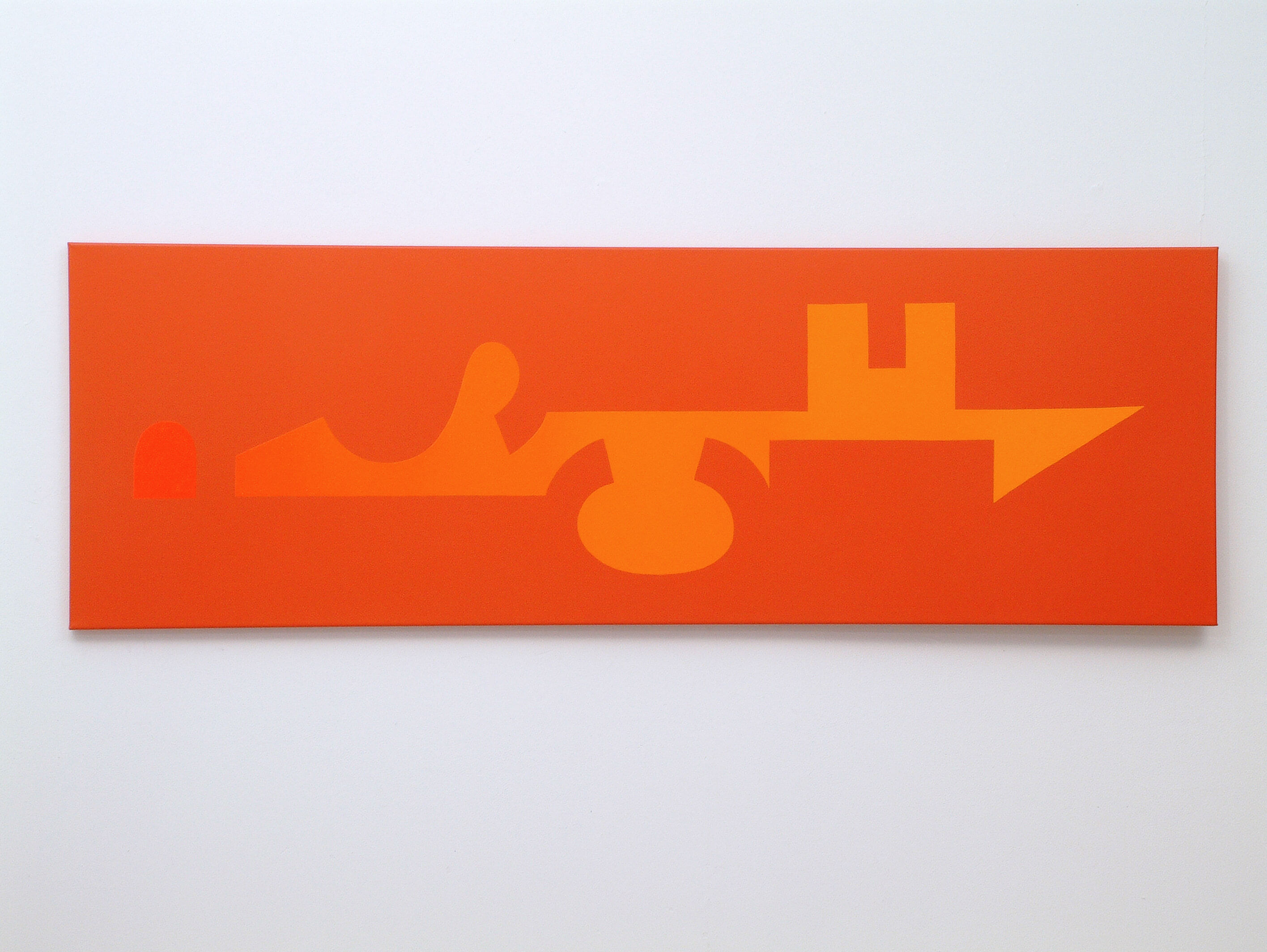 The works shown include "Obscure Notation", Numbers 1-to-3, and "Undeciphered Symbol", Numbers 1-to-4 (all oil on canvas), with "Codex" (acrylic on concertina-folded paper, 38 x 209cm).

When I lived in the country for a year, there was a particular corner around which I would drive, at night, coming home from work. As I rounded it, the view would appear of a dark line of mountains on the horizon, and a dimly glowing sky above it, fading upwards to black.

But in reality there was no mountain range, and the night sky was completely dark: the ‘light in the sky’ was my car headlights illuminating the horizontal spreading branches of a cypress tree in the paddock, and the ‘mountains’ beneath, the inky blackness of the night below and beyond it.

I would be taken in by this illusion time after time, and derived a strange pleasure from it, anticipating the jolt as one reality became another.

Everything is not what it seems; things can be looked at in other ways.

These paintings explore an ongoing fascination with printed language and the shapes of letters, in tangential ways.

Focussing on the negative shapes around and between the letters, they raise the possibility of another message, in an unknown language, emerging from a reading between the lines.

On a country road, faintly illumined, the branches of a tree become the night sky, and inky blackness a mountain range.