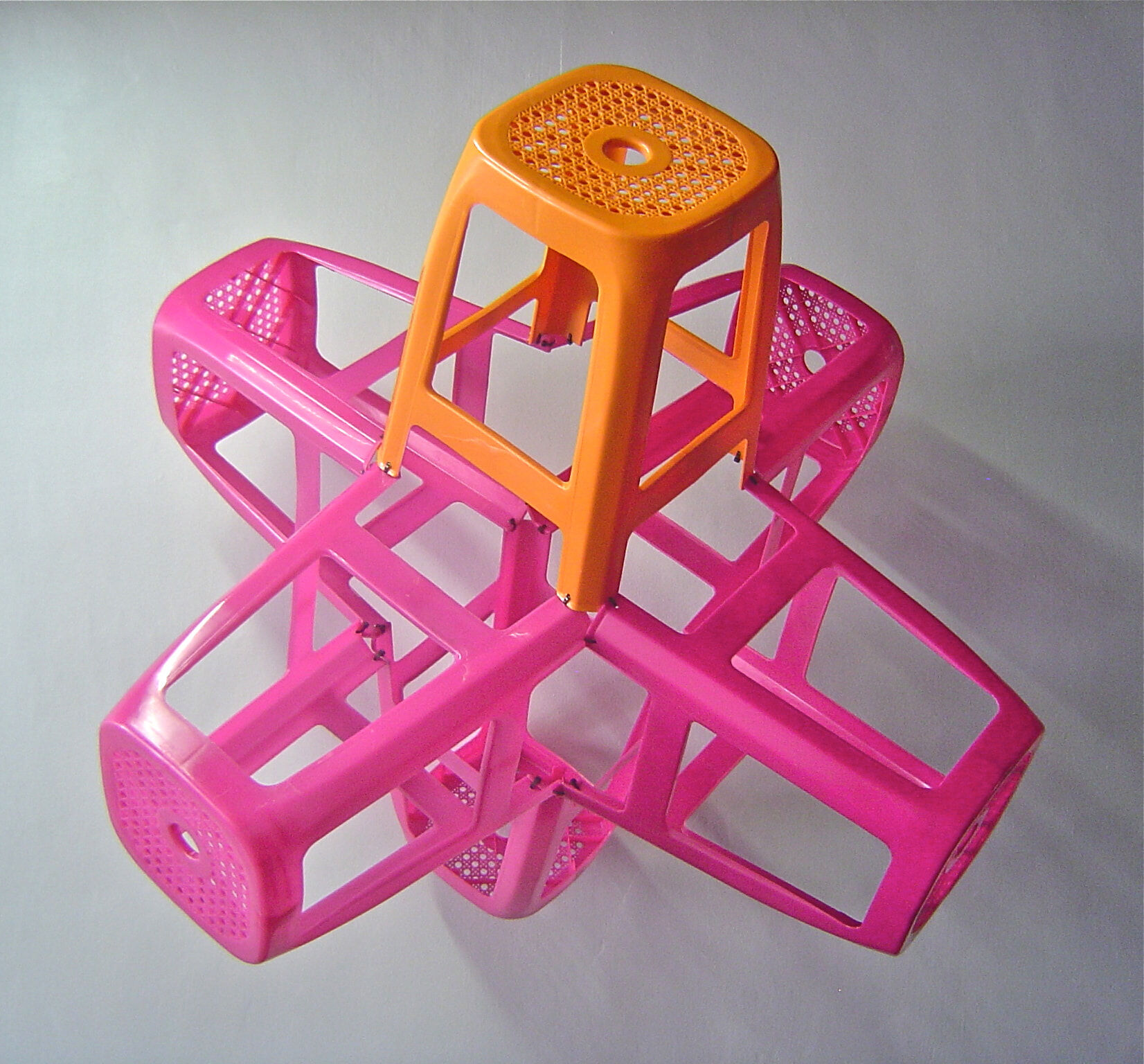 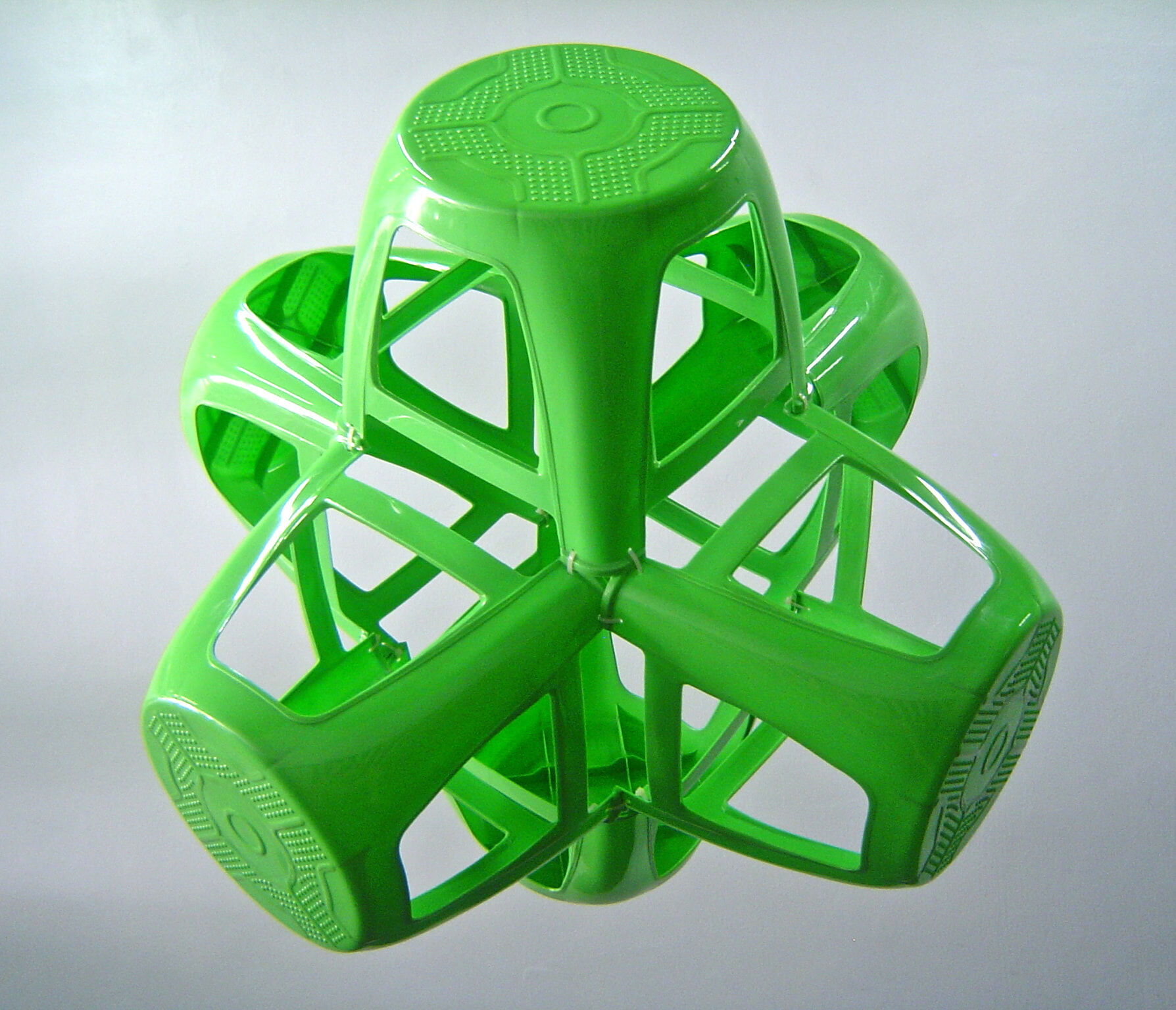 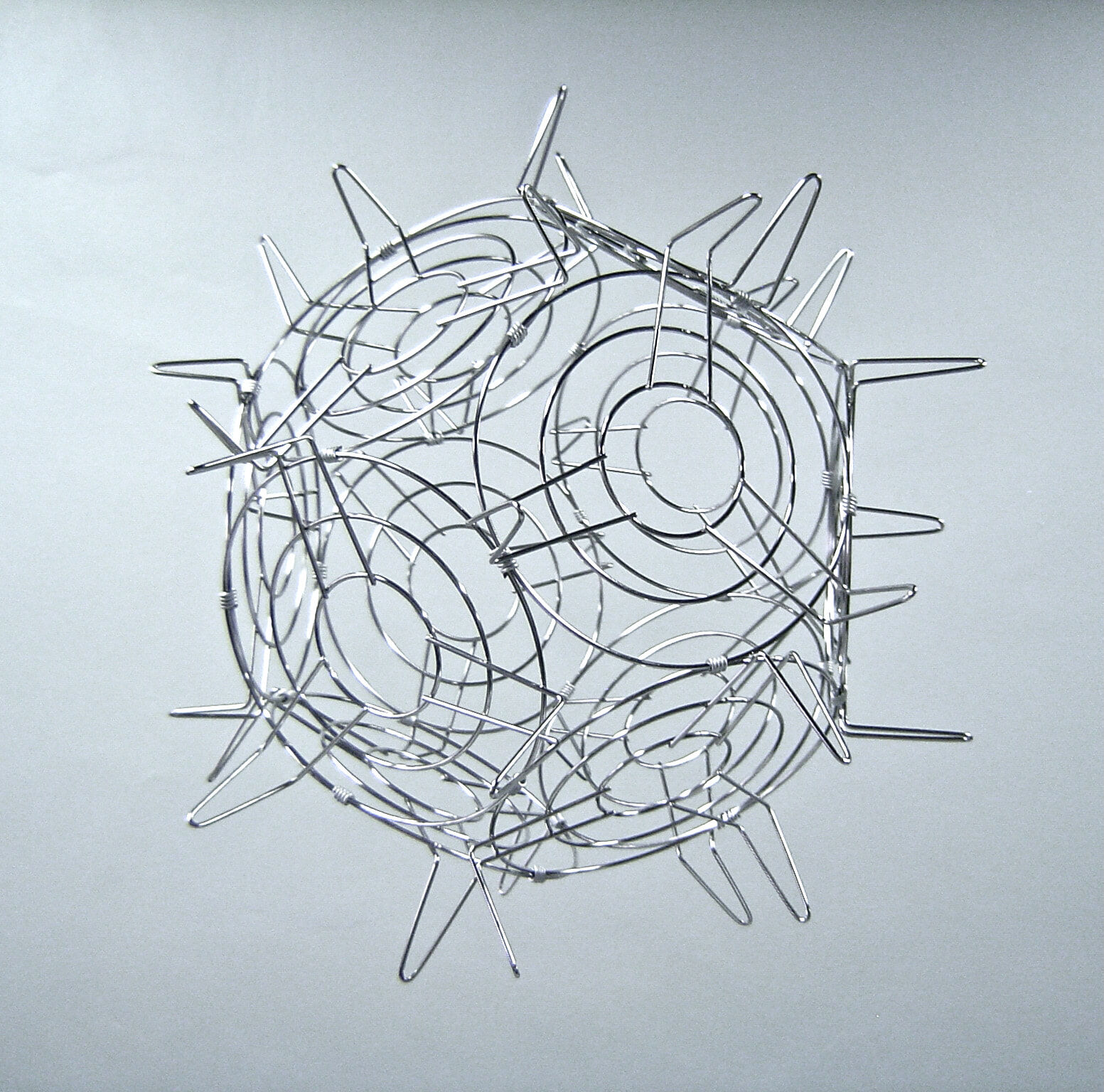 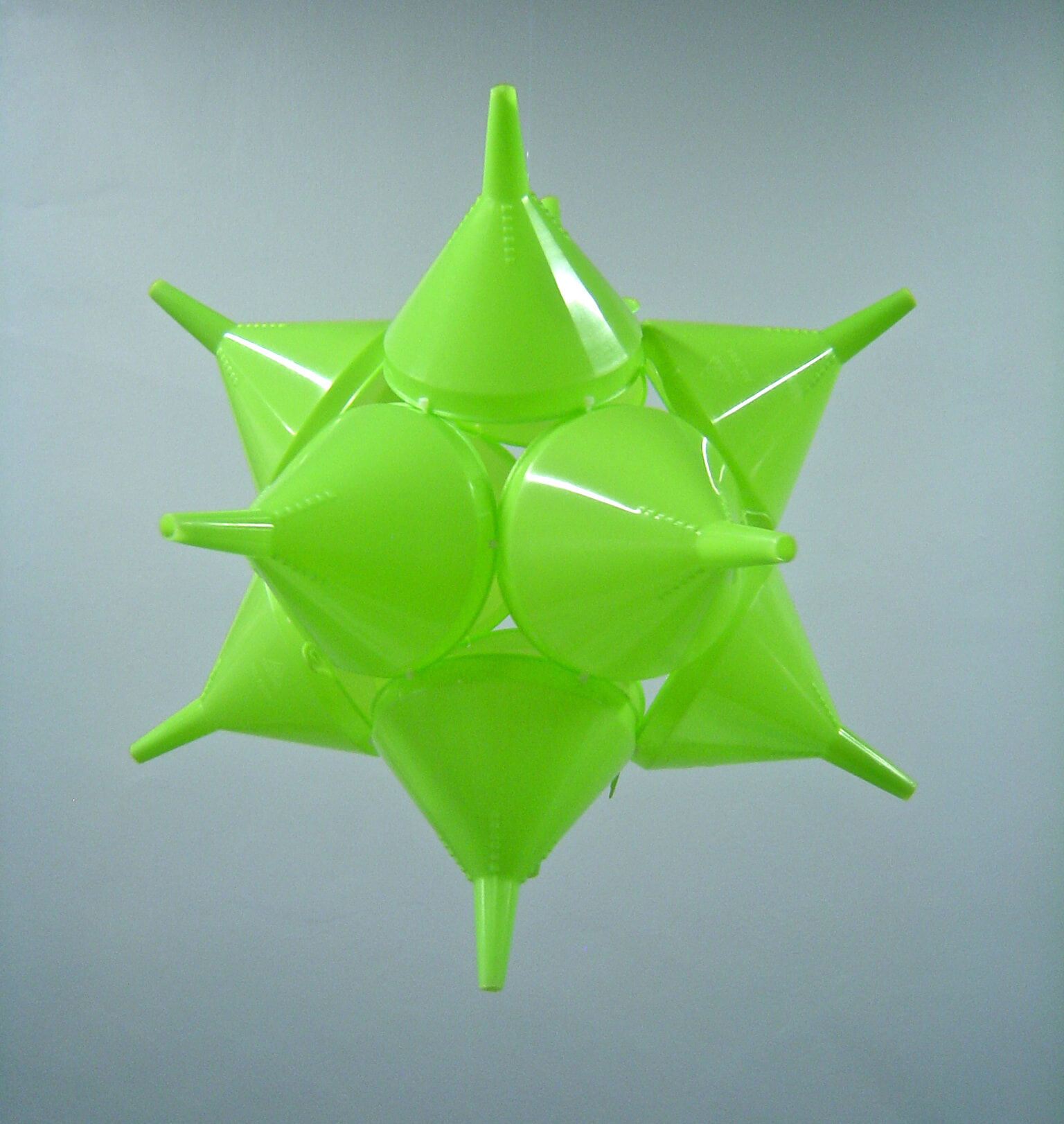 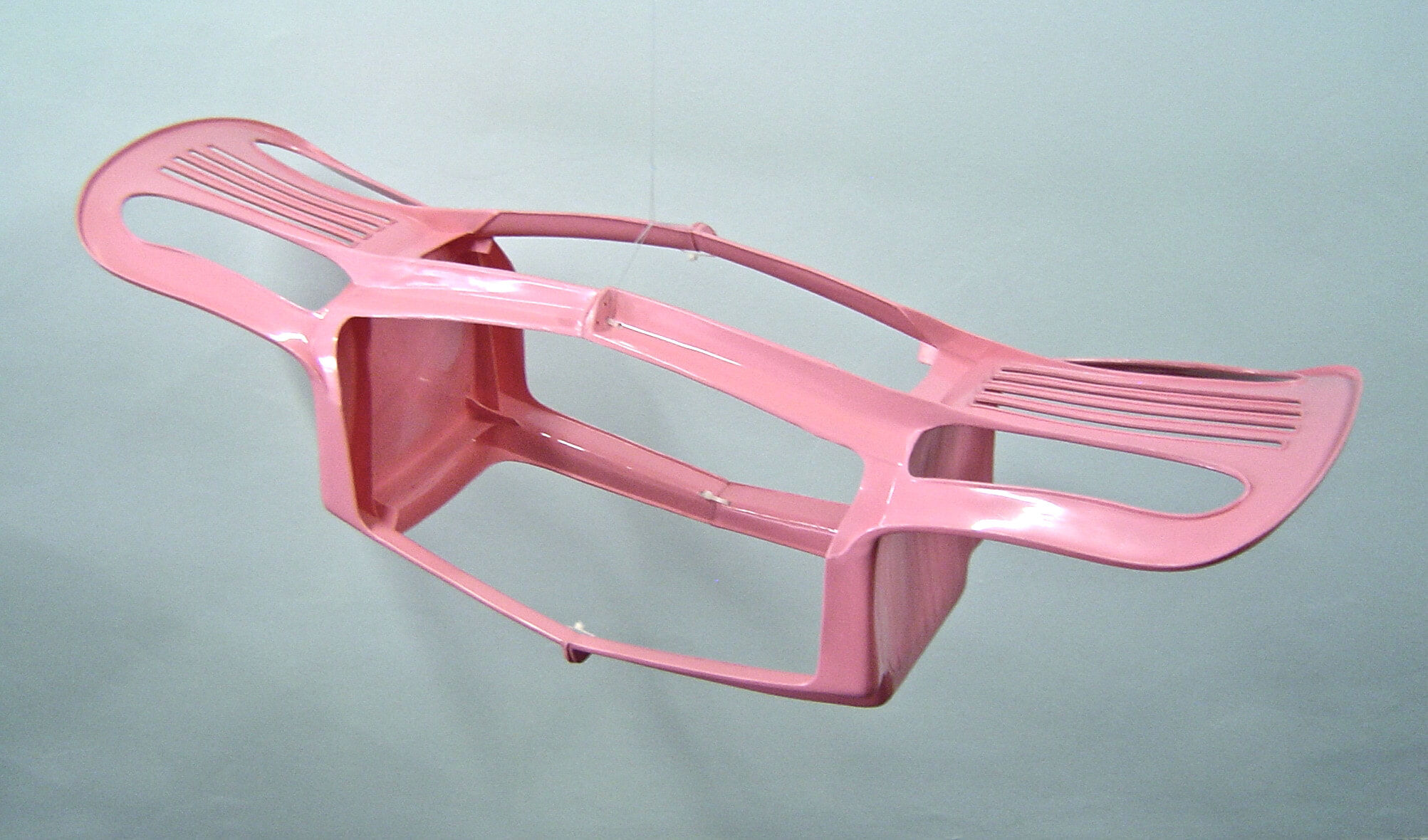 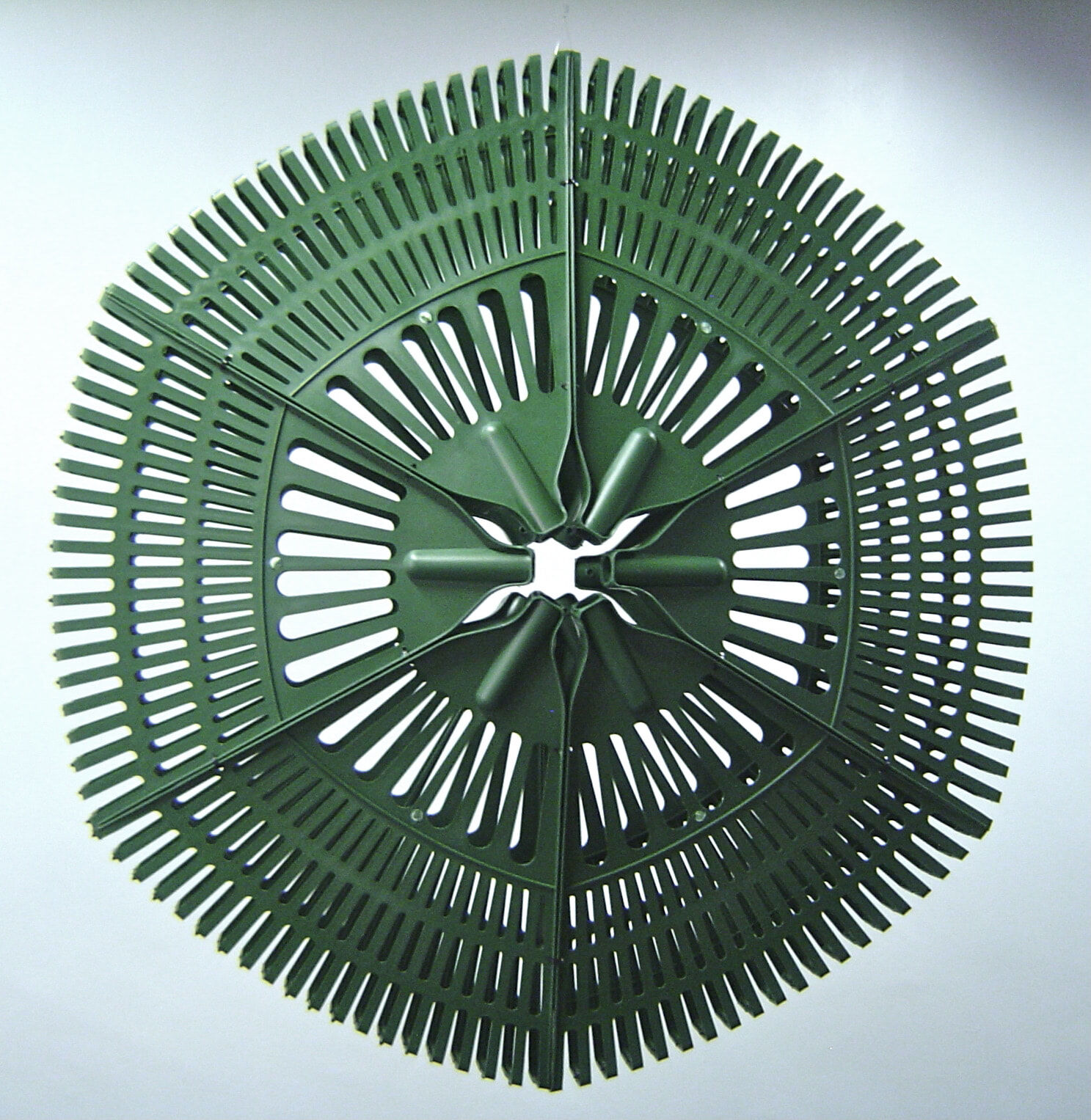 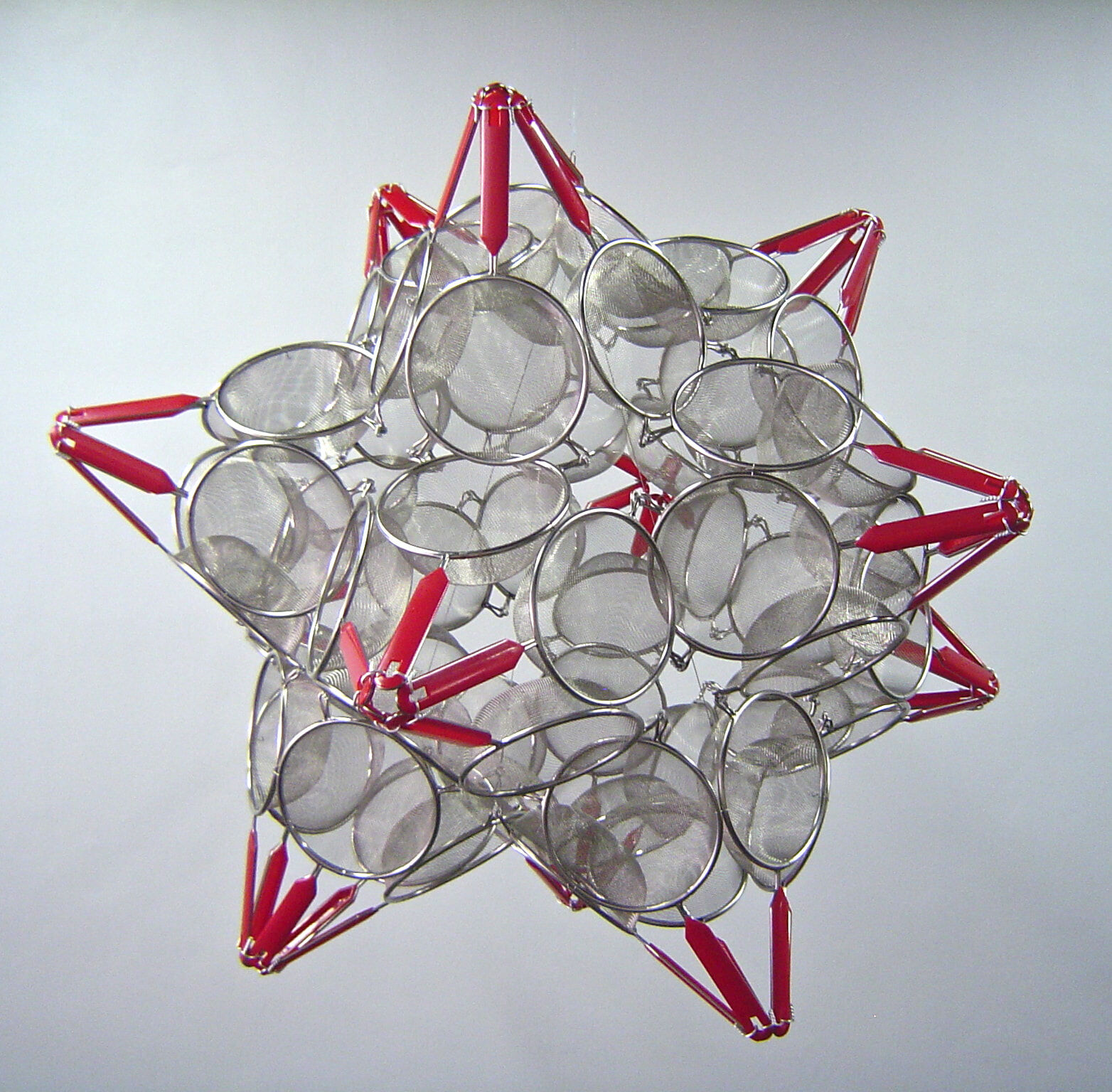 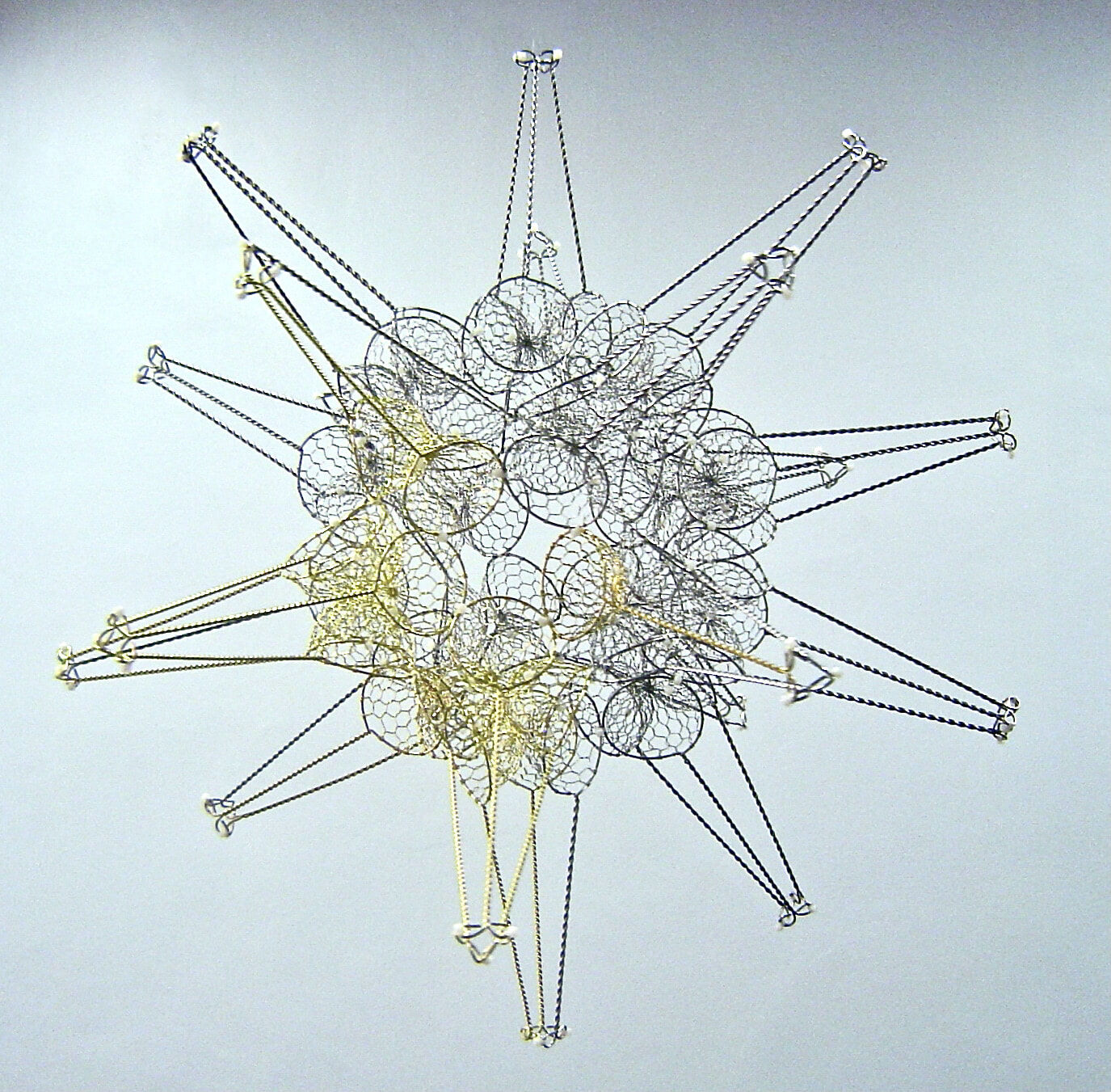 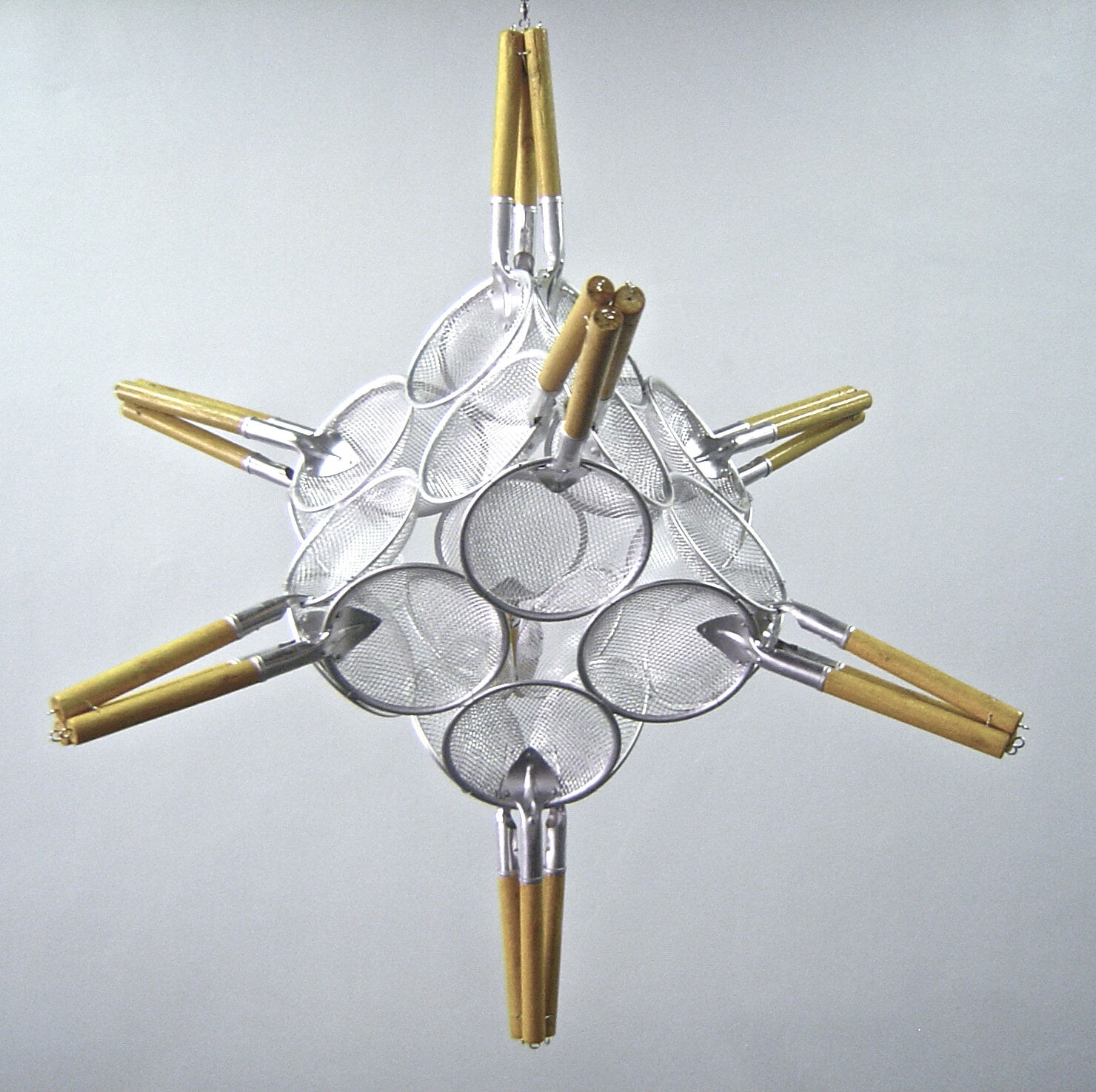 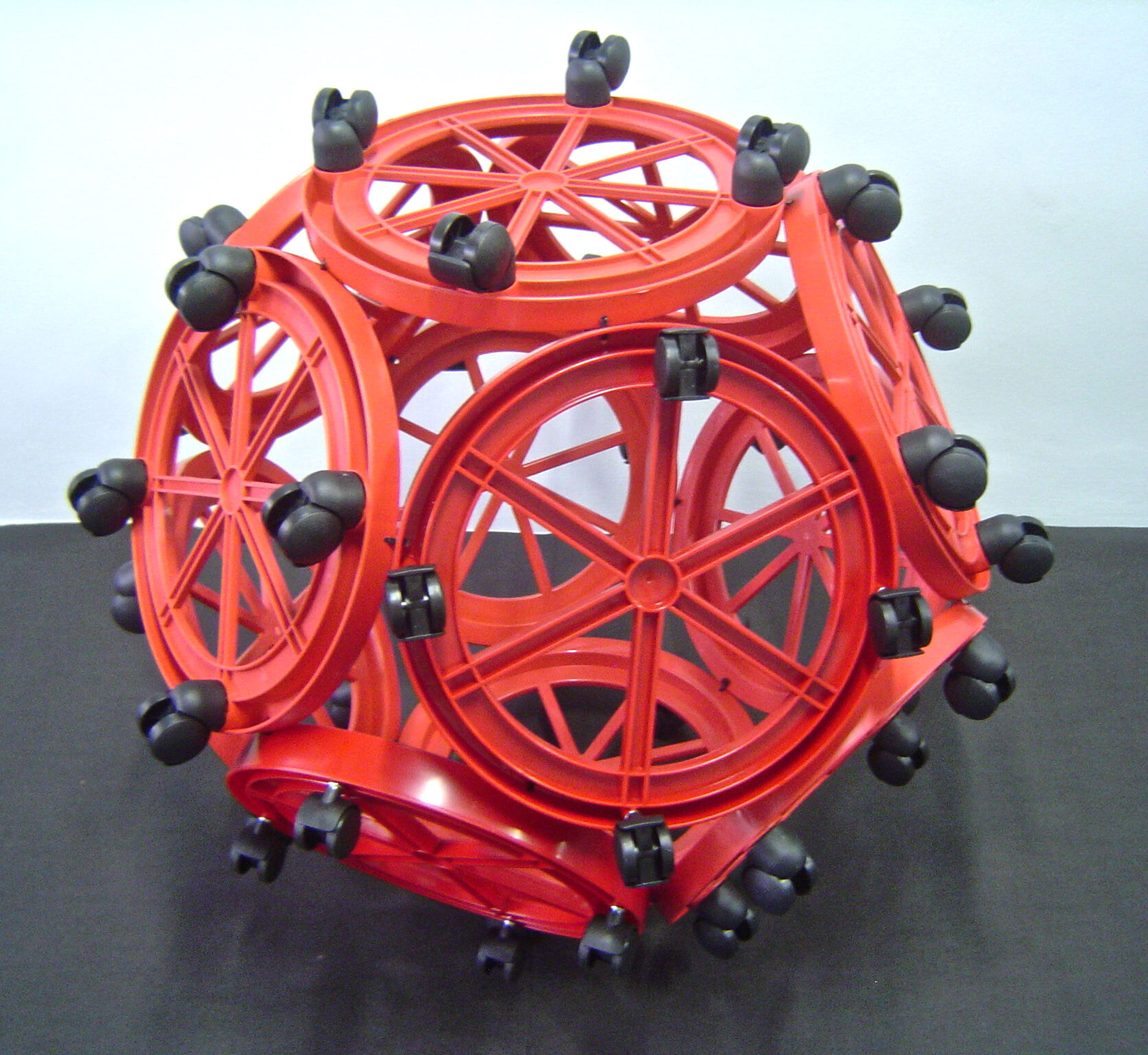 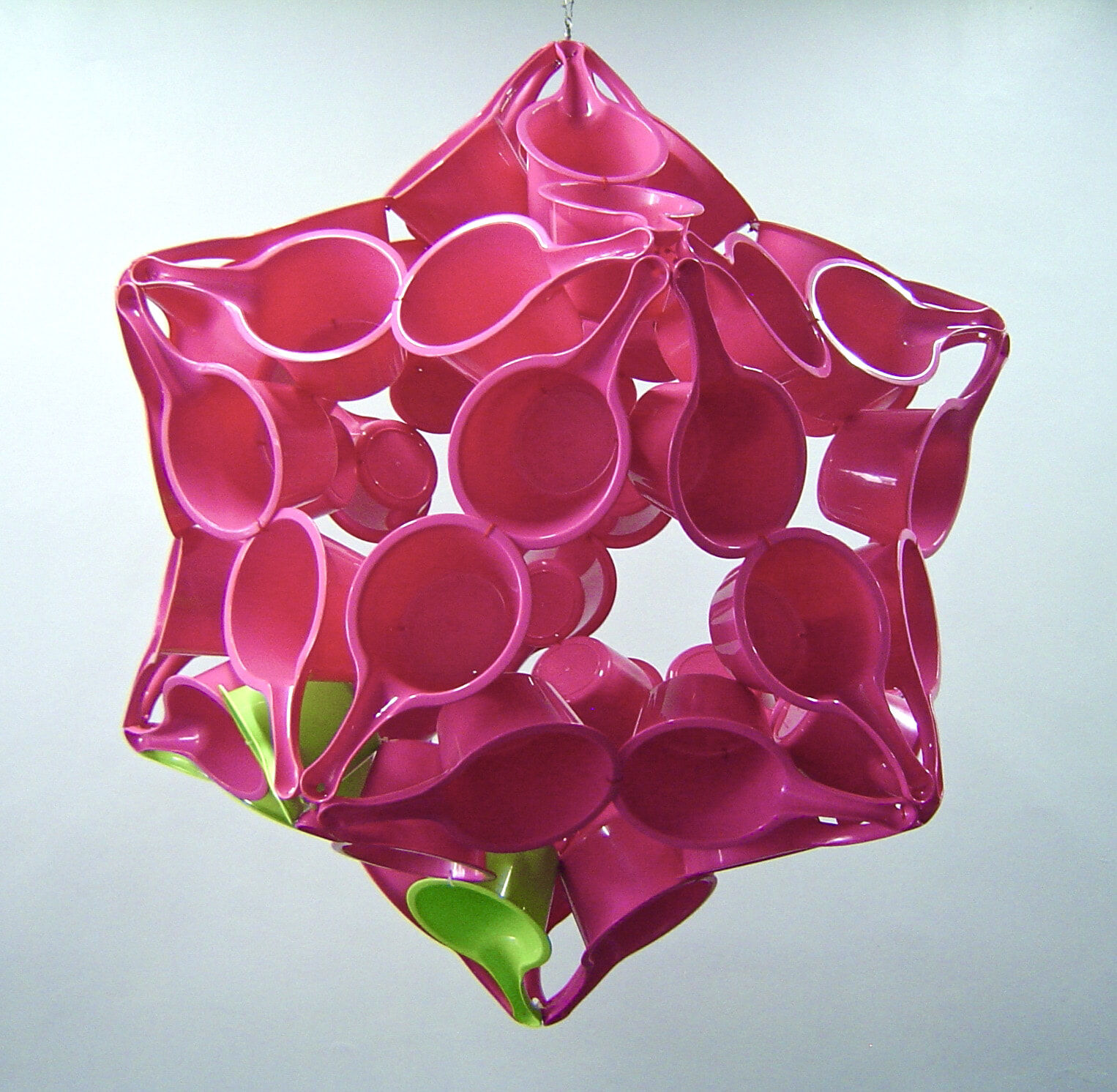 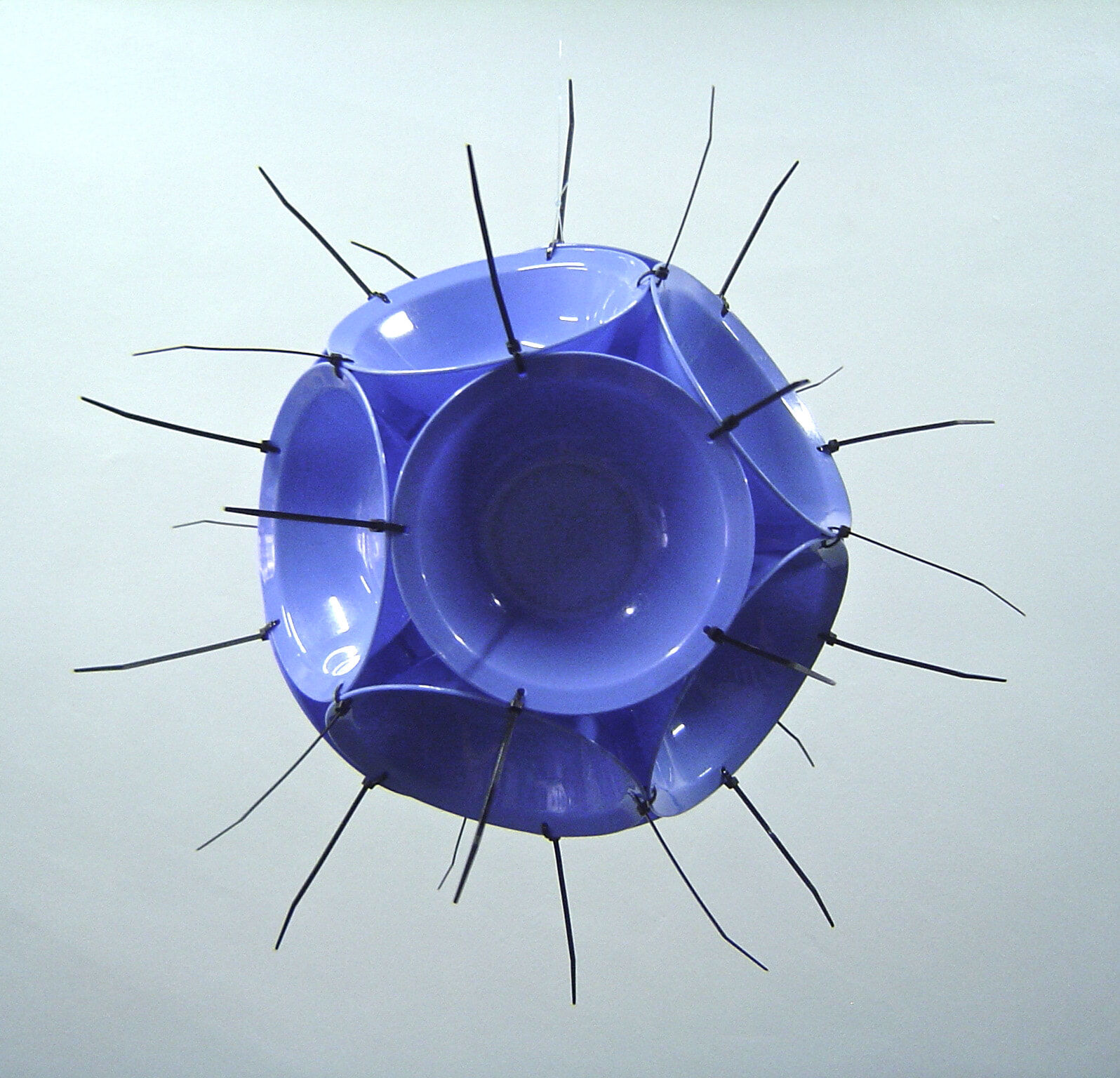 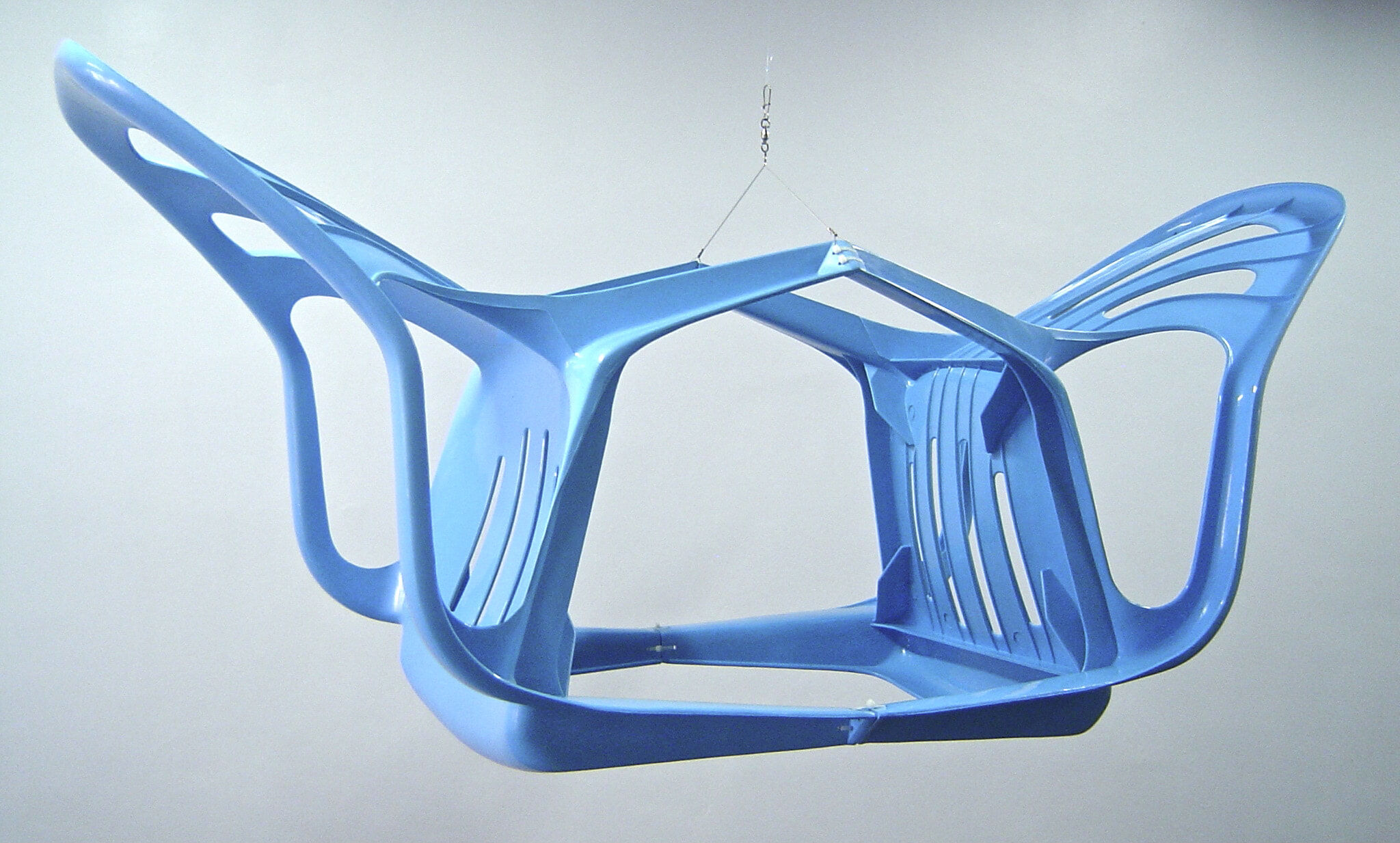 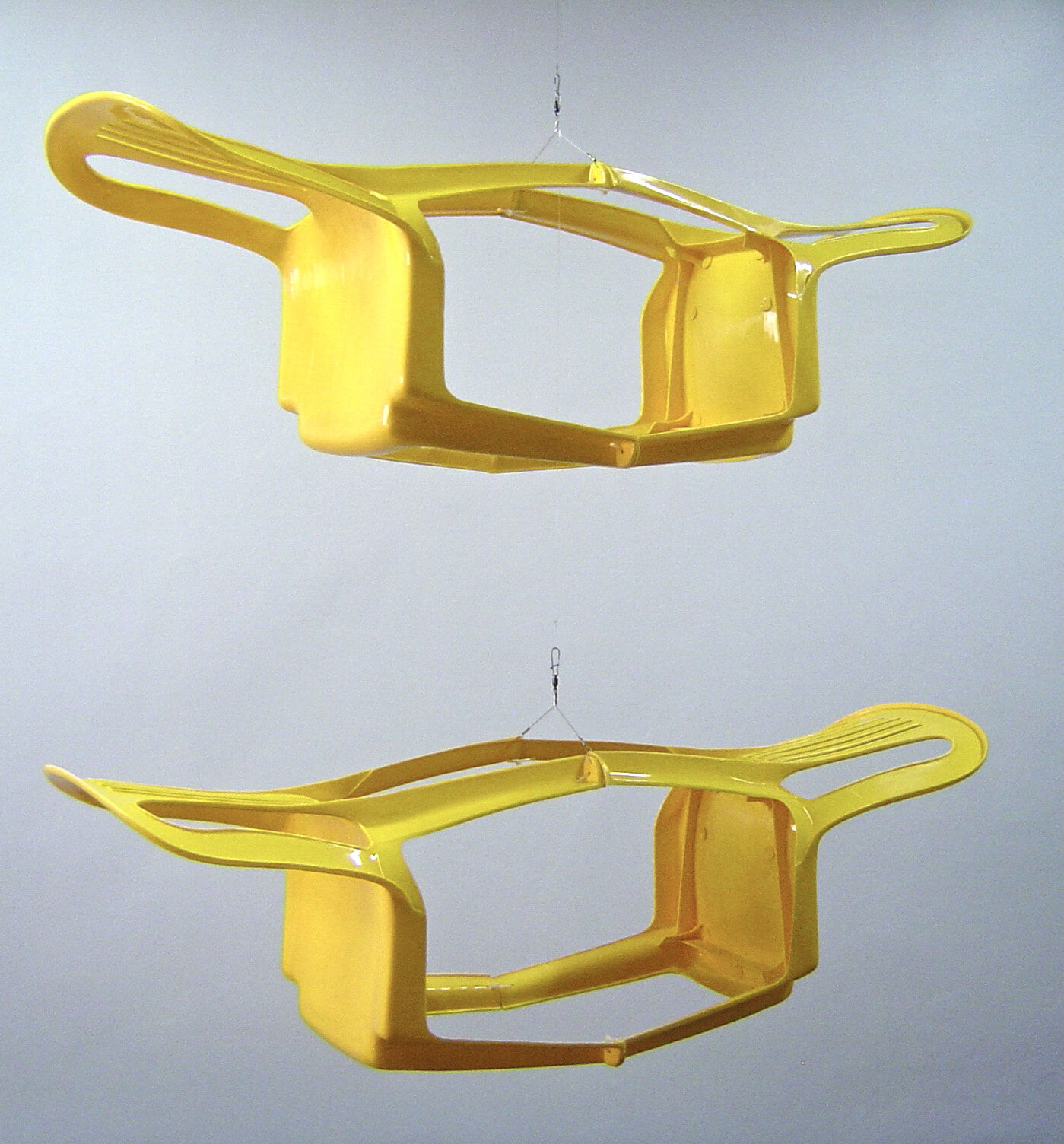 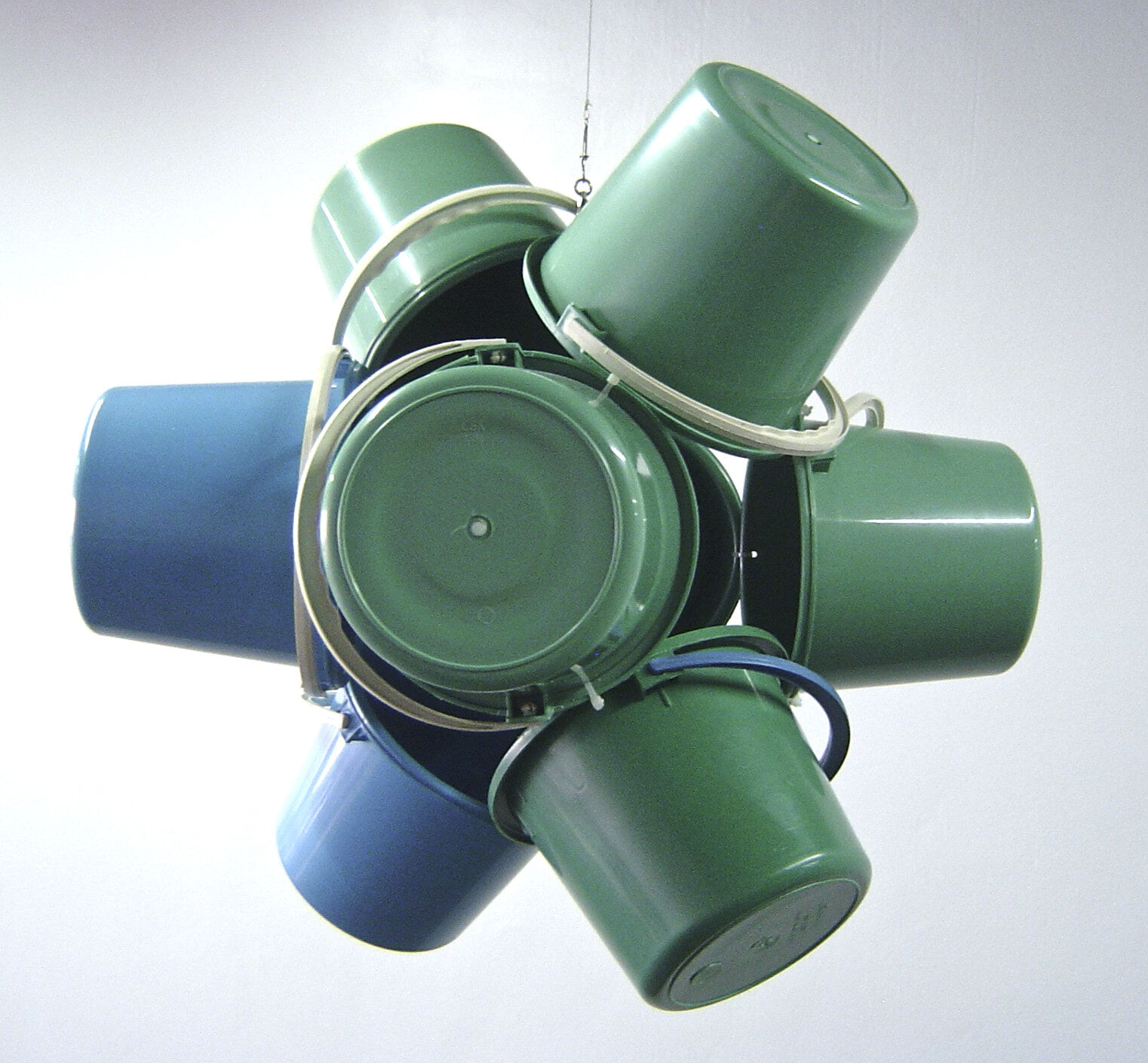 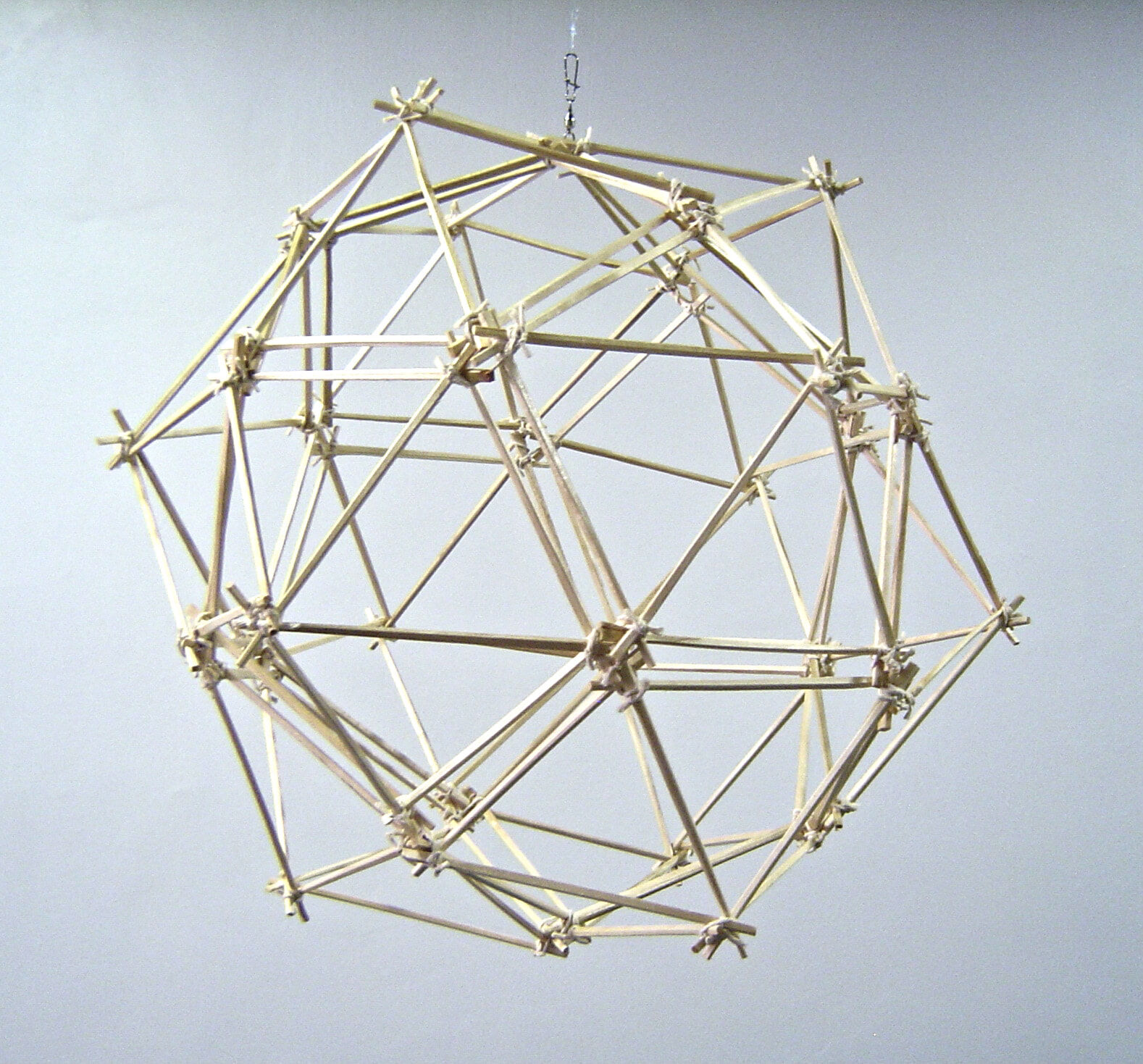 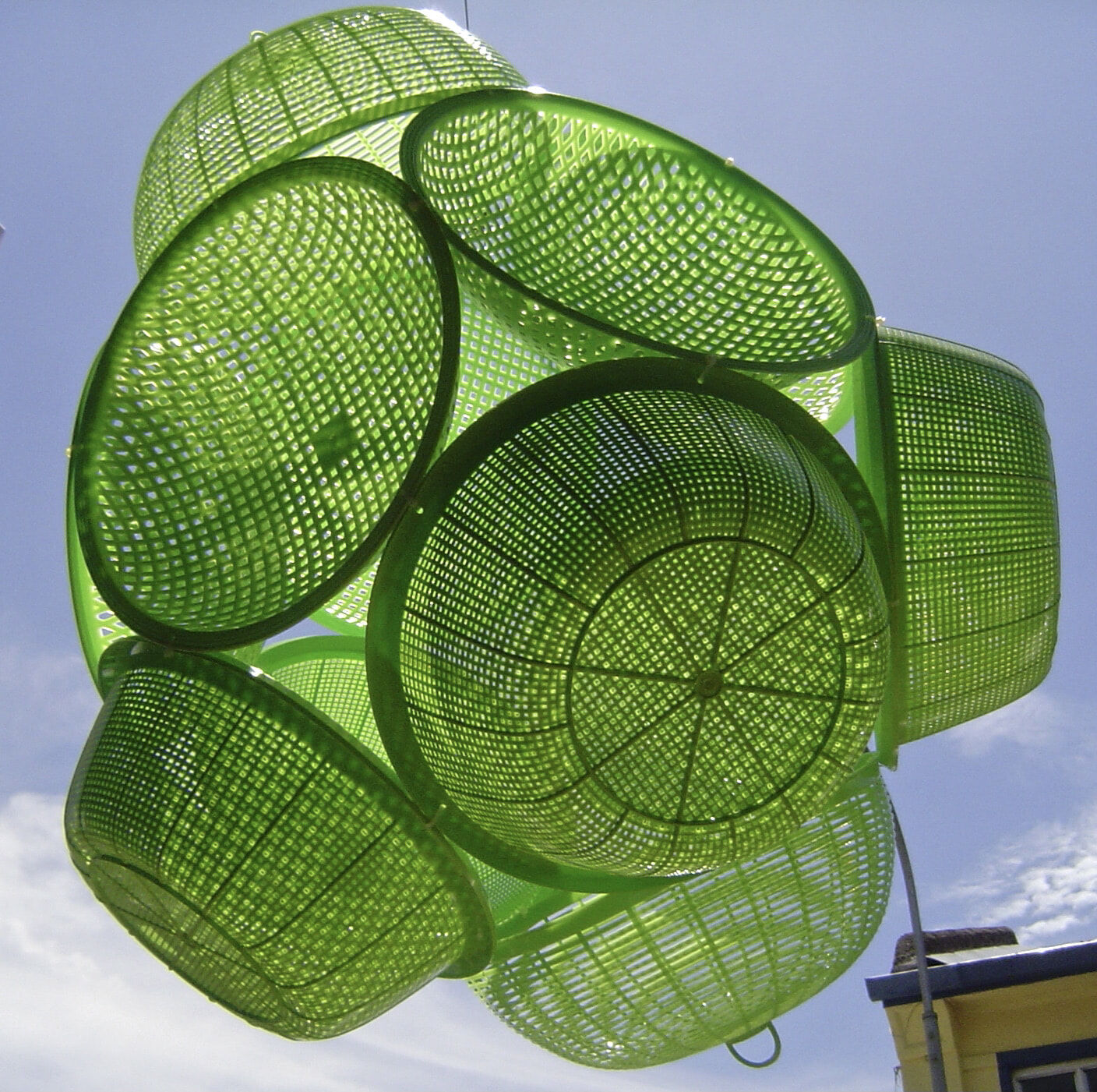 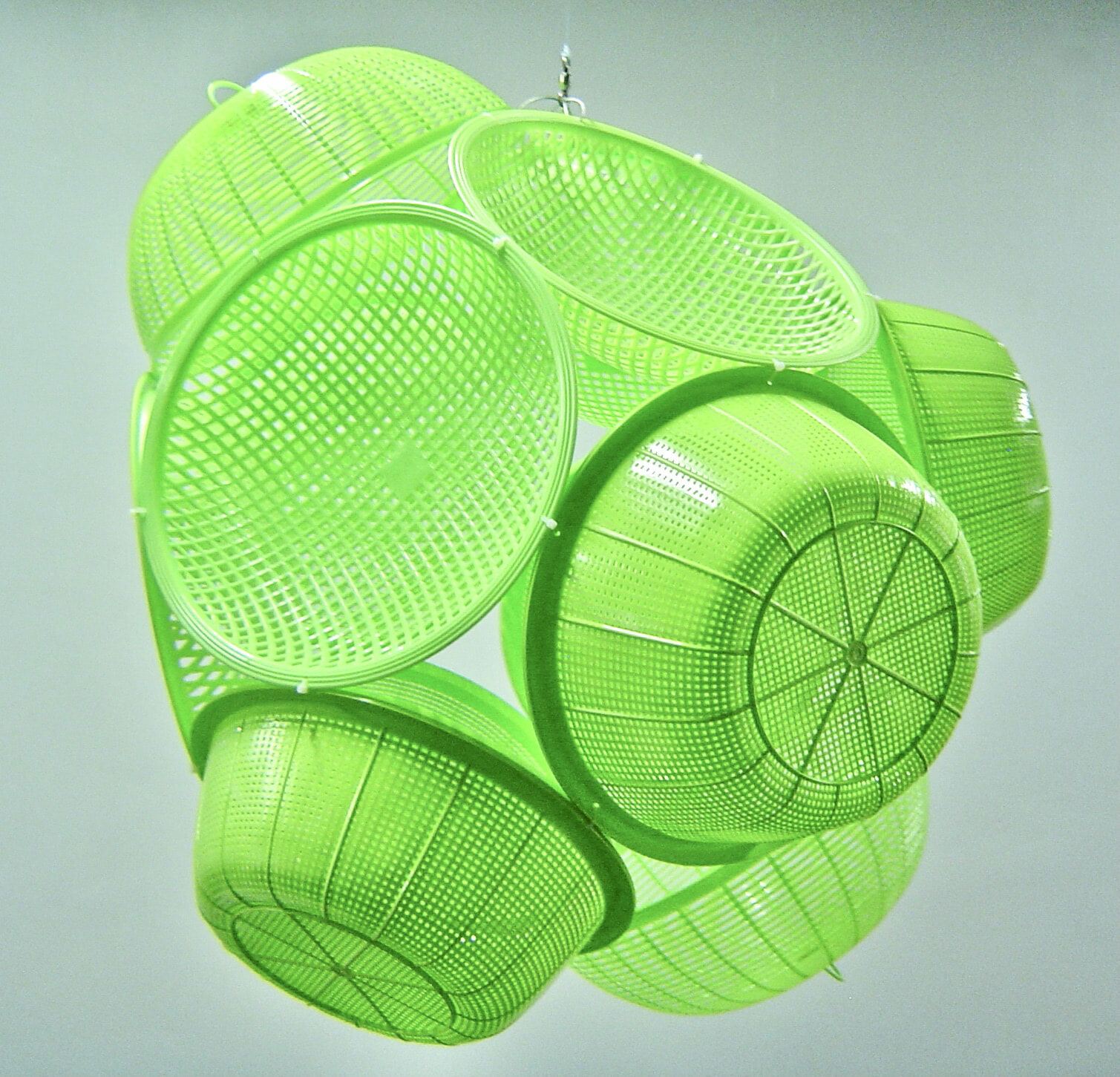 The works titled "Spontaneous Combination" were exhibited in the George Town Festival 2013, on the island of Penang in Malaysia, in a show entitled DOMESTIC EVOLUTION. All works were suspended by cables from the ceiling (except for one floor piece, #10) and rotated slowly in the breeze. The catalogue essay for that exhibition, by Australian artist and writer Gabrielle Bates - titled Manifold Realms of the Everyday - follows:

"Everyday objects occupy a significant yet mostly uncelebrated space in our lives. From bowls and chopsticks to plastic stools, funnels and buckets, we pay little attention to them beyond their mundane purpose.

Tim Craker sees things differently. Consciously ignoring their function, he explores the infinite patterns, shapes and combinations that are possible by applying the geometric laws of the natural world to these objects. Each one is redefined as a singular structural element that can sit comfortably within a larger frame or network. Taking cues from forms such as the dodecahedron, Craker assembles his meta-objects until they assume a life of their own. Locally-sourced cooking utensils, bathroom scoops, plastic furniture and kitchen equipment become familiar and strange; caught in a visual interplay that constantly pulls focus between the realms of micro and macroscopic life.

For the George Town Festival, Craker offers his latest work, DOMESTIC EVOLUTION. Gently suspended and rotating in breezes, or located on the floor, the works evoke minute cellular bodies or the cosmic manifestations of constellations. Within this exchange Craker cleverly calls into play the larger cultural profile of George Town, hinting at a strange domestic evolution that stretches from the banalities of housework to the exuberance of celebration and festivity. In this context, DOMESTIC EVOLUTION becomes an unconventional signifier for the hanging decorations that are so vital to George Town’s streetscape, malls and homes. Chinese New Year lanterns, Hari Raya ketupat or Christmas baubles are all evoked; their size and perfection offset by random extraneous details that slowly turn our awareness back to the known and routine aspects of our lives.

As spectacle and daily life coalesce, an alternative way of thinking about George Town emerges; one that quietly transcends race, tradition and belief to contemplate the beauty and latent potential that lies within even the most prosaic things in all our lives.

Beyond this reading lies another interpretation, one derived from the unchecked materialism that is manifest within our fast-developing world. Craker’s art works are mutants; bubbling growths or new genetic combinations that have occurred outside of evolution. Benign as they may seem, the works sit as silent sentinels to a future we may not desire."