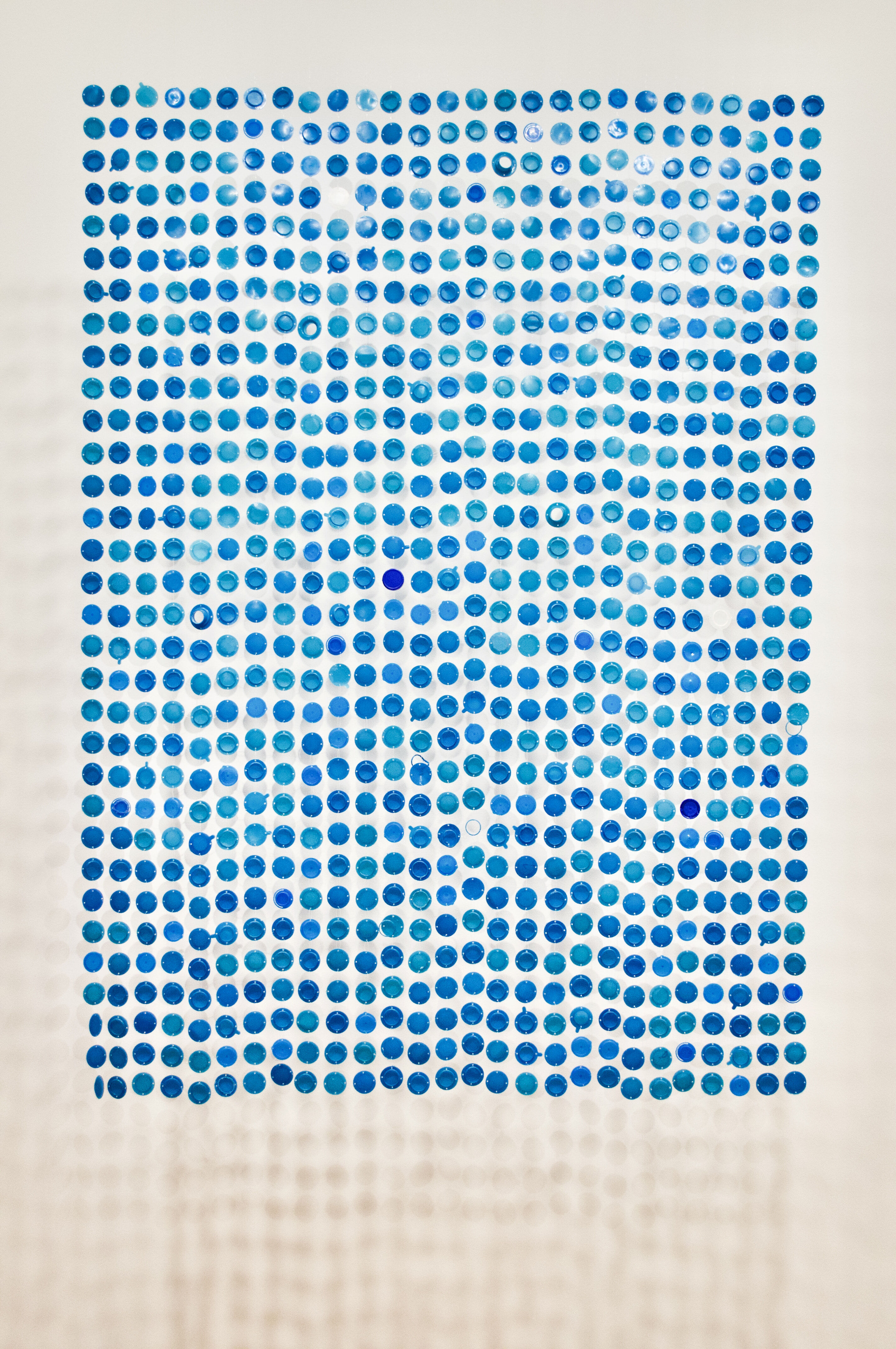 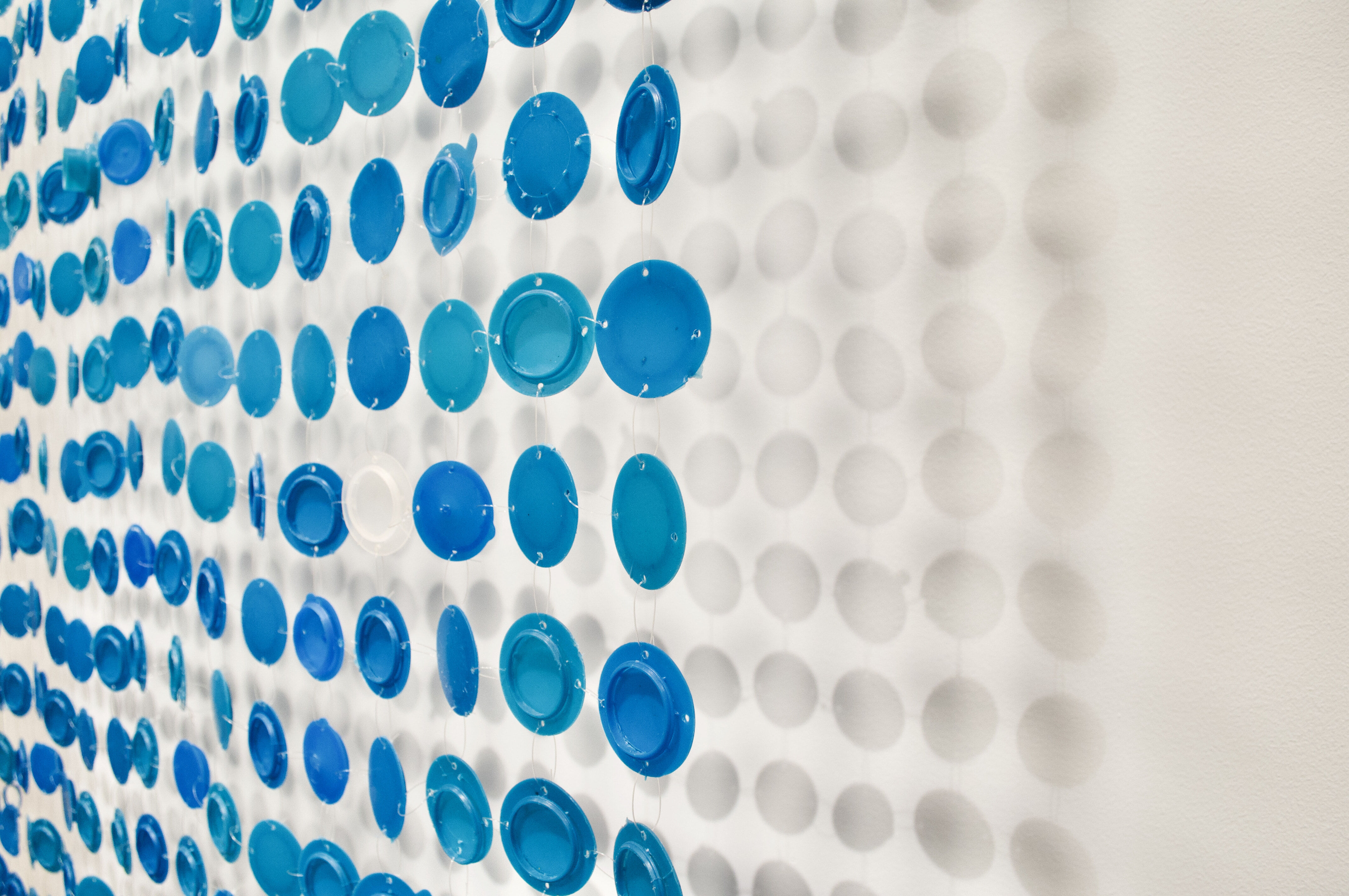 "The Deep Blue Sea" was exhibited at Run Amok Gallery in George Town in December-January 2013-2014, in a group exhibition entitled Eating Wind. This is a local Chinese expression describing having a breather, taking a short holiday, taking "time out" - perhaps "taking the air" would be a related expression, in English.

The exhibition Eating Wind then travelled to Taipei, Taiwan, in June 2014, and was shown at VT Artsalon.

Taking a holiday, these days, usually means travelling overseas - and often to a seaside location. This work, assembled from the plastic safety seals from large drinking-water bottles, has multiple possible references: to the sea itself, its water molecules bound together en masse; to the bottled water we consume on holidays when the local water is unsafe; to the wastage and pollution resulting from drinking bottled water when the tap water is perfectly safe; to the huge gyres of non-degradable plastic waste choking our oceans and killing our marine life...

Holidays, overseas... but where will we be able to holiday when the sea itself is "over"?