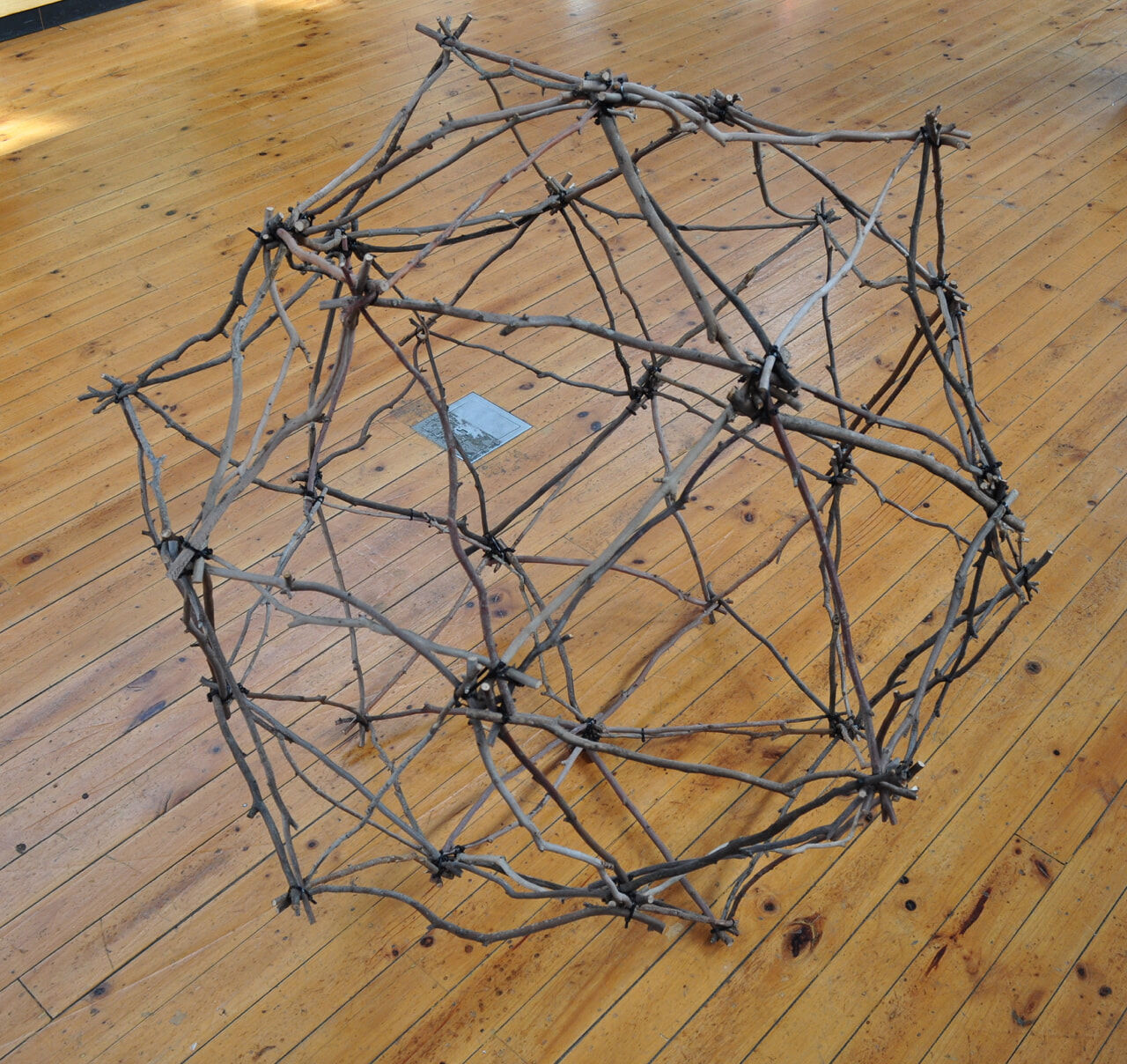 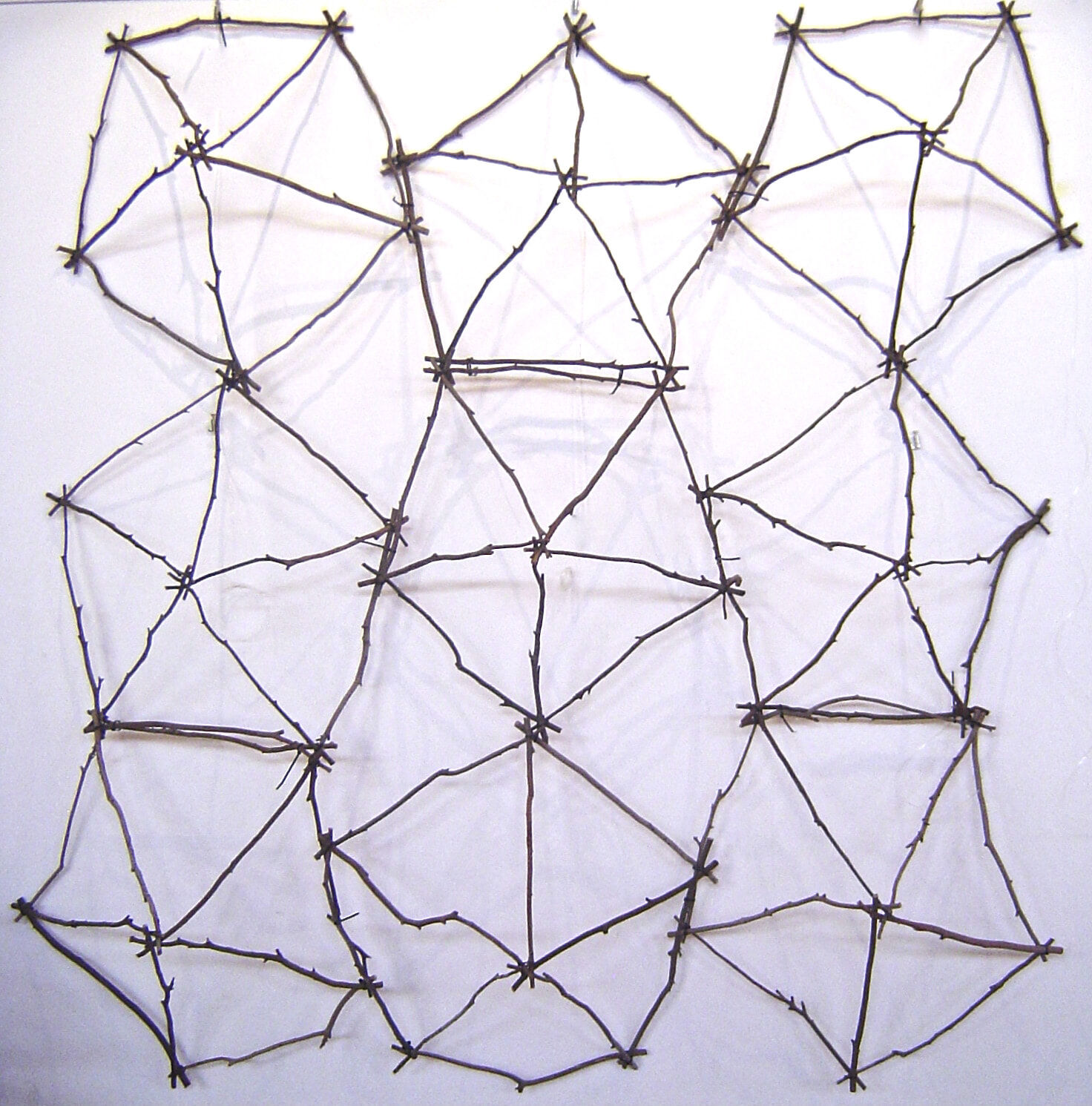 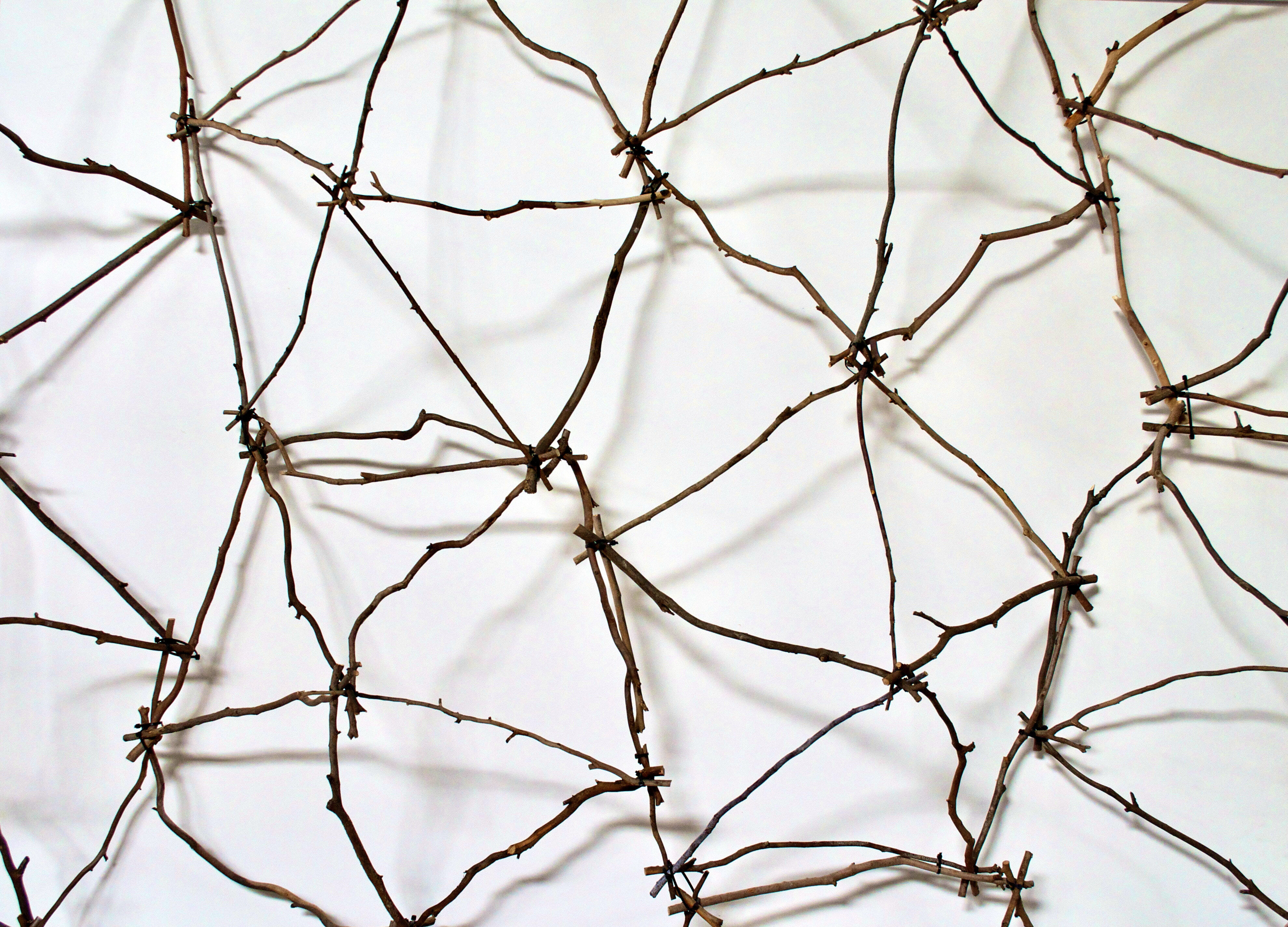 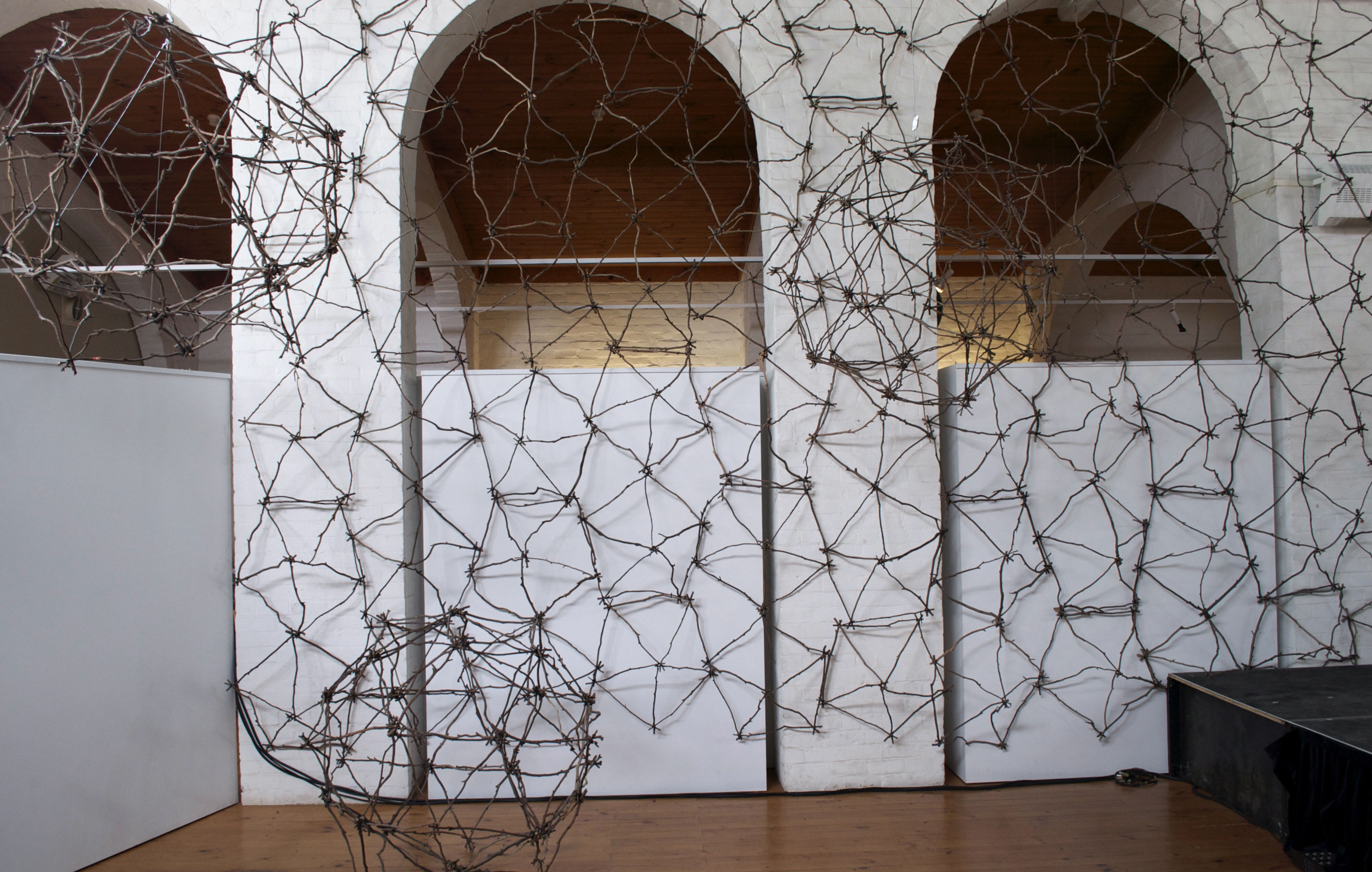 "Twig" was an installation commissioned by and created for the Castlemaine State Festiival 2013, in rural Victoria, Australia. The brief was to make a "transformative intervention" to the grand, old, red-brick, National Trust-classified Market Building in Castlemaine, which was the site of the Festival's Literature Programme. With the aid of a couple of thousand 50cm long eucalypt branches, collected locally and trimmed, sorted and assembled over a four-week period, by the artist working in the Market Building itself, the installation "Twig" came into being.

Continuing a long-held fascination with everyday materials and with pattern, artist Tim Craker assembles an enormous and varied installation from the most basic of building blocks - gum tree twigs and branches. Collected as fallen bush debris from the local area and assembled into myriad units, the eucalypt twigs form a massive construction within the interior of the Market Building - site of the Festival's Literature Program Collective DNA.

"Twig" explores and develops the geometry of the pentagon in two and three dimensional structures, where mathematical perfection and the imperatives of tessellation balance against natural variation and bush-floor-litter chaos. We begin with some basic materials and some rules of combination - but where do we end up? "Twig" alludes to both the biological and cellular, and to the social and societal - to the connections which exist between our molecules and cells, and to those we have with each other, in networks of family and friends.