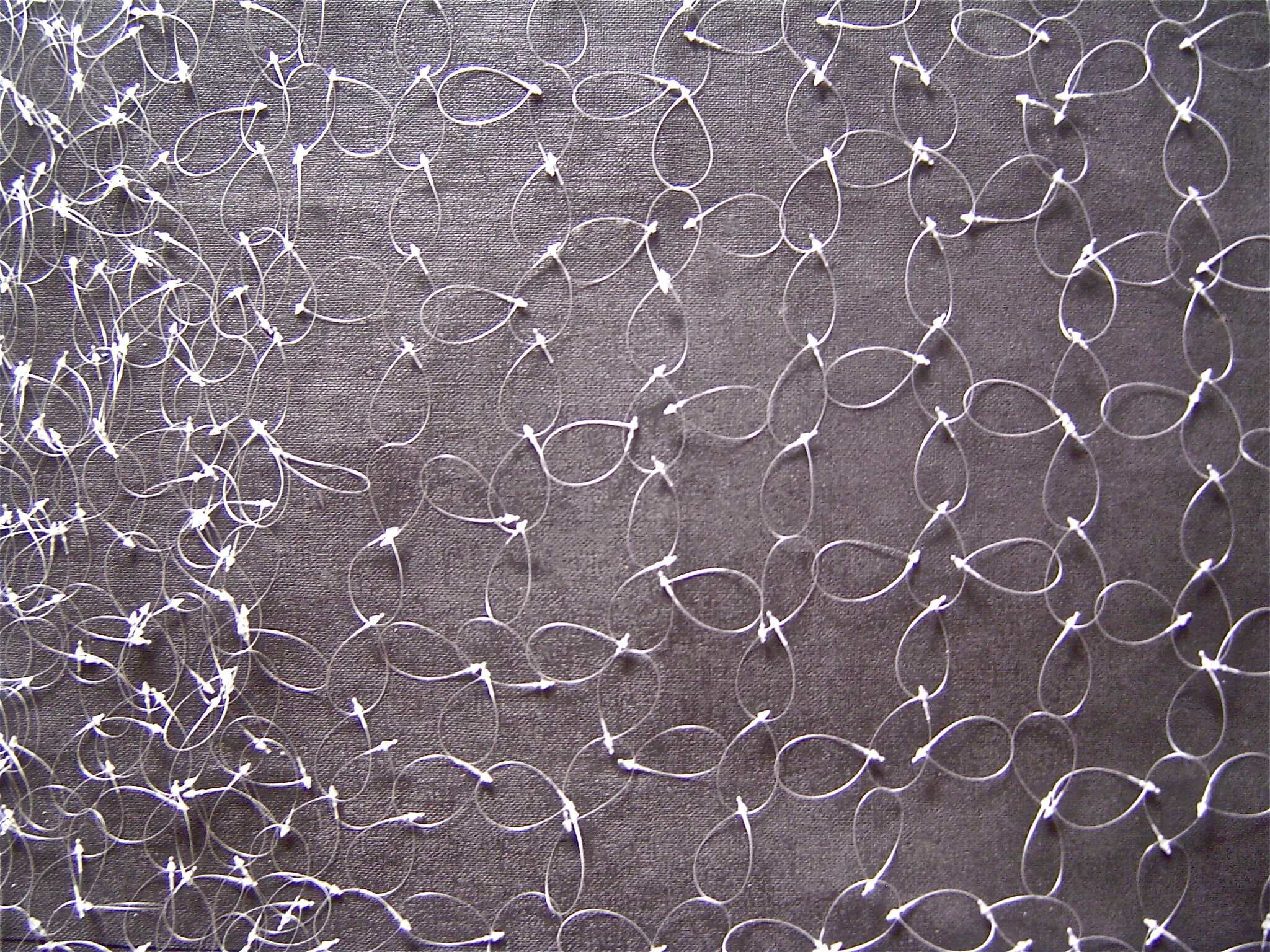 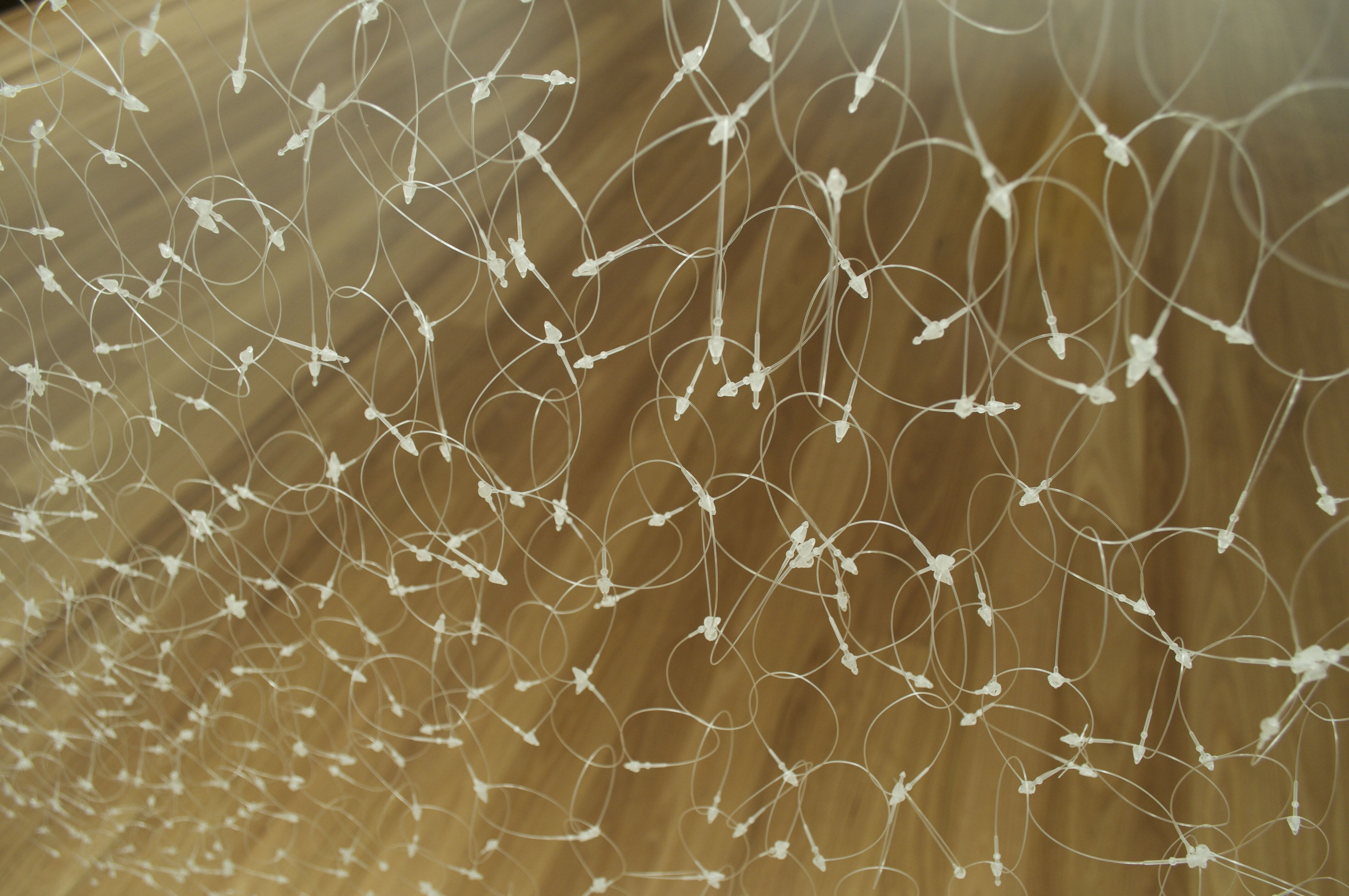 "Veil of Tears" was exhibited in Im/Materiality, Australian Artists in the Malaysian World, at Interpr8 Art Space in Kuala Lumpur in June 2014, and in the exhibition Elevating The Everyday at the Townhall Gallery in Hawthorn, Melbourne in 2018.

"Veil of Tears" is a curtain made by interlocking plastic "loop lock" ties, more commonly used for attaching price-tags to merchandise in shops: the 'invisible' and merely-functional connector becomes, en masse and intermeshed, a work in itself. The "veil" - of which a detail only is shown here, spread out on the floor - is suspended vertically in space from a horizontal rod, as a barely-visible net, with its lower edge just trailing on the ground.

The work's title is a play on the Vale of Tears, a melancholy Christian metaphor for "life". The work is a veil, of sorts, and the ties do form a tear-drop shape:  the title brings some emotional and poetic concepts to bear on the work - rightly or wrongly, fittingly or not.