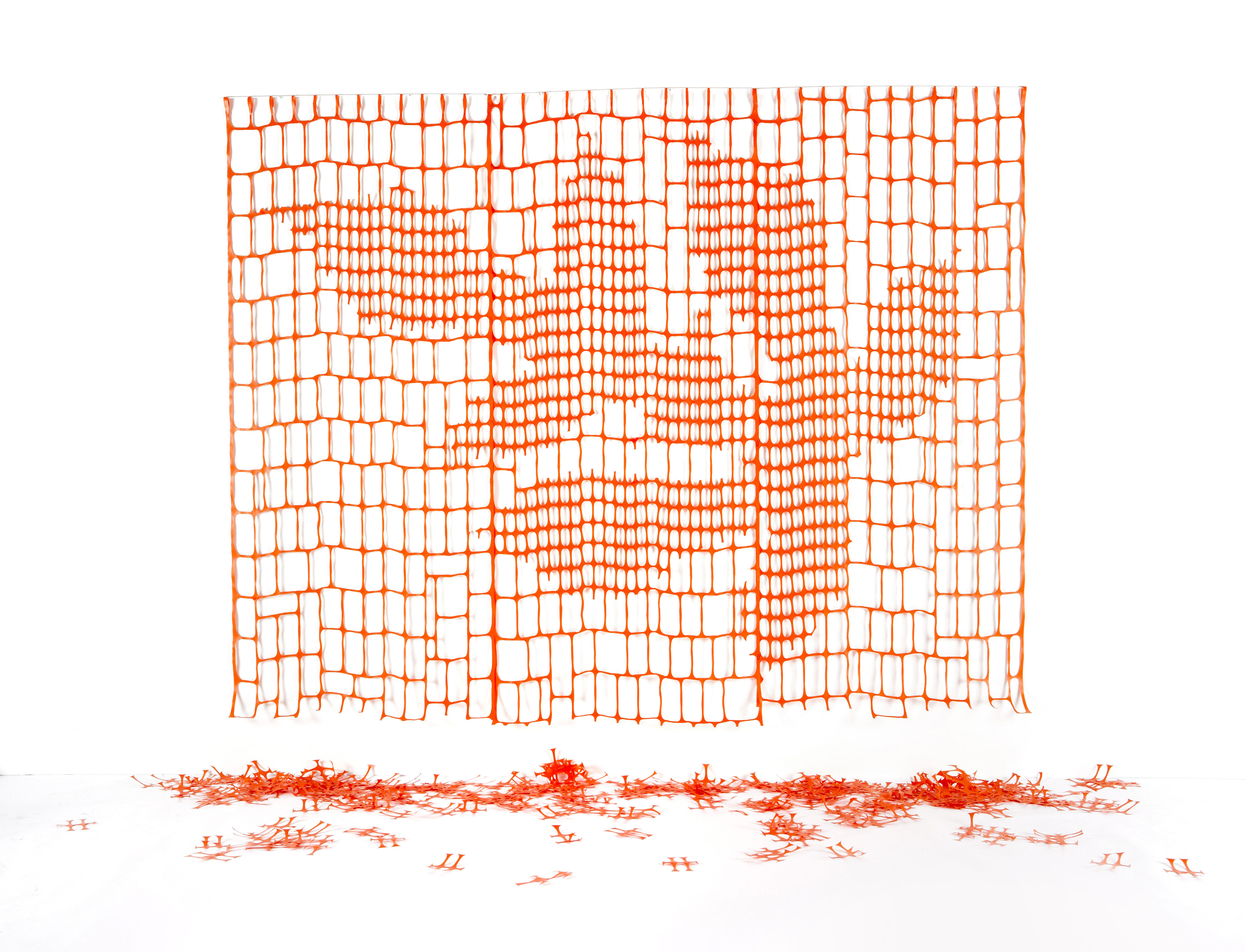 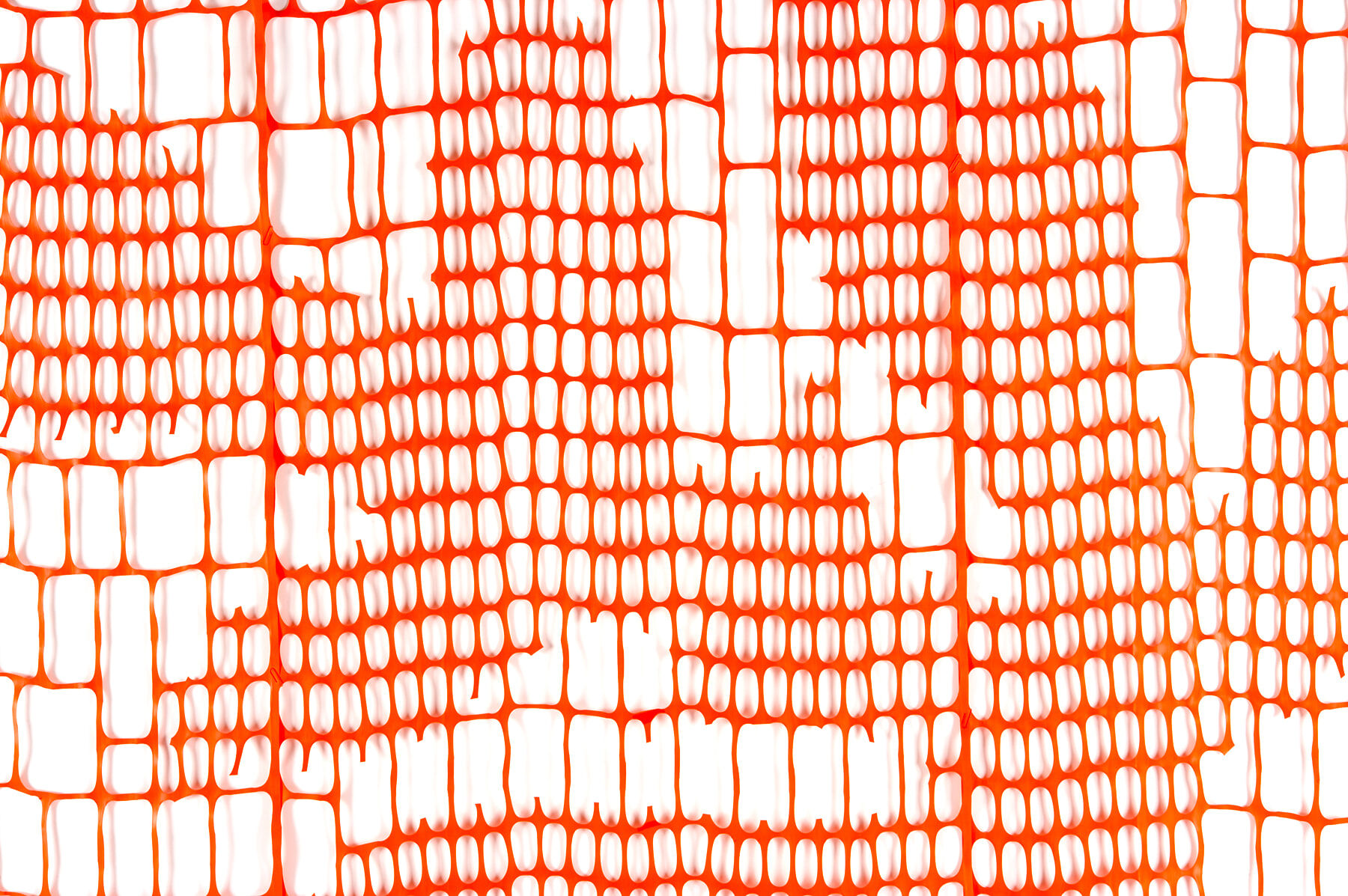 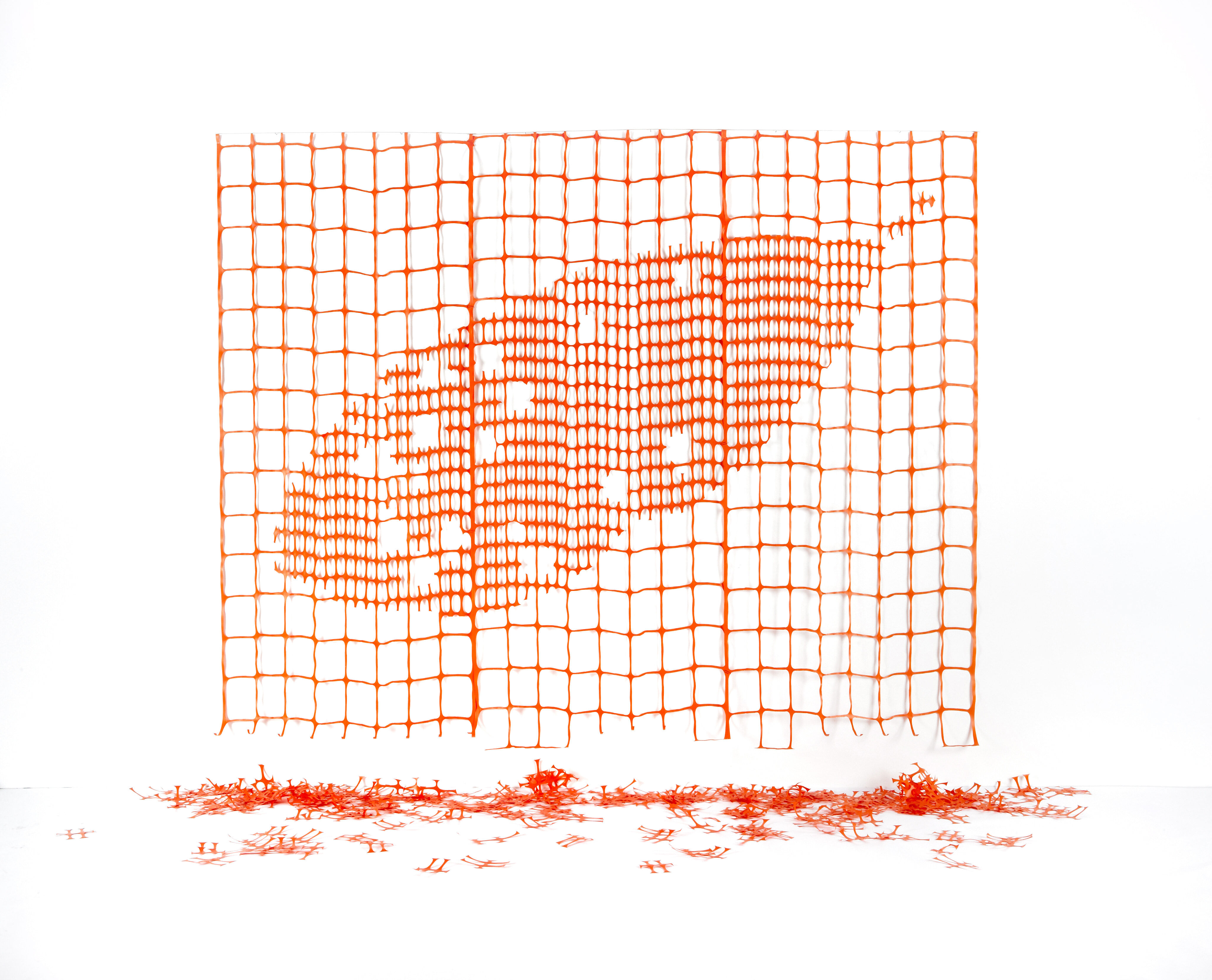 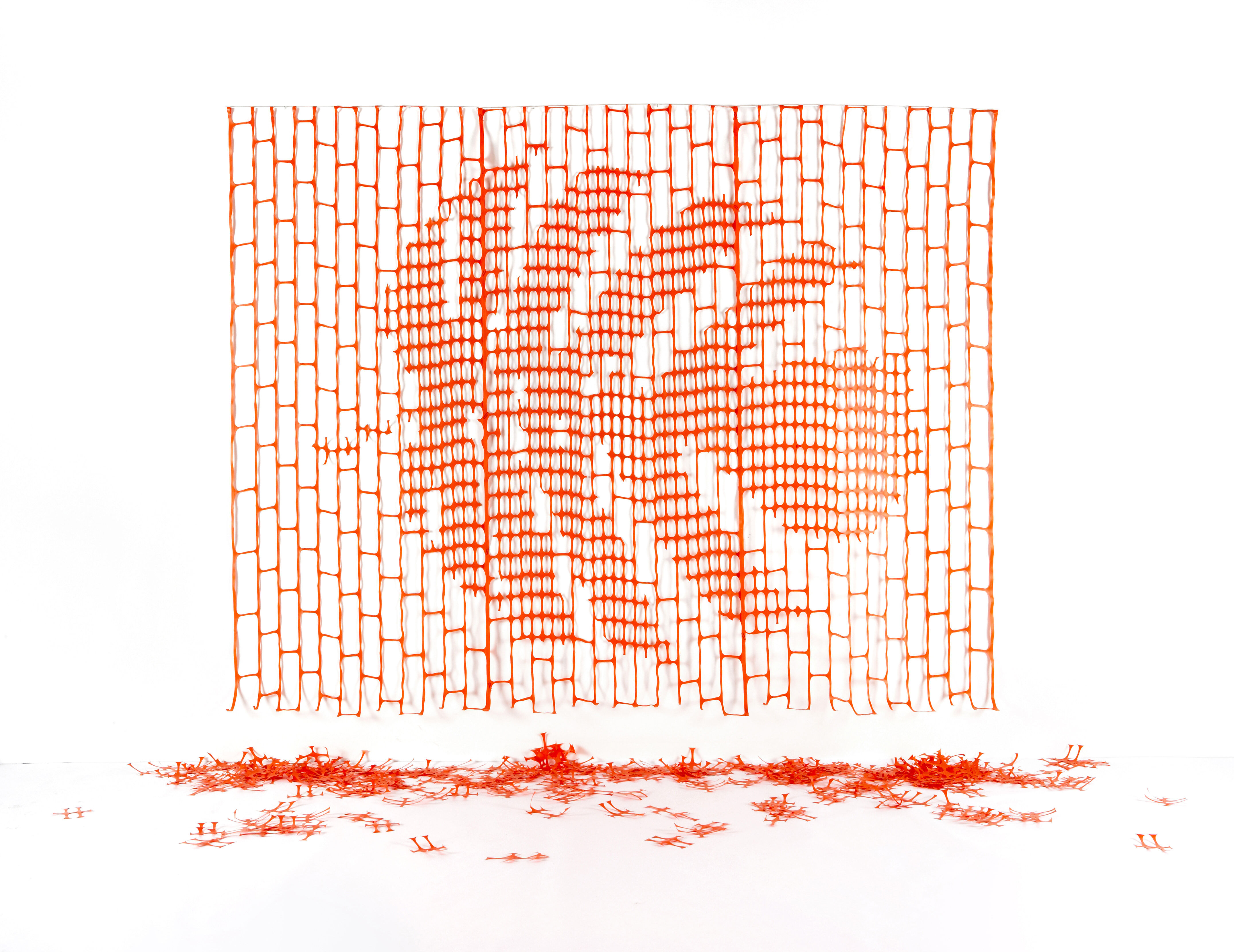 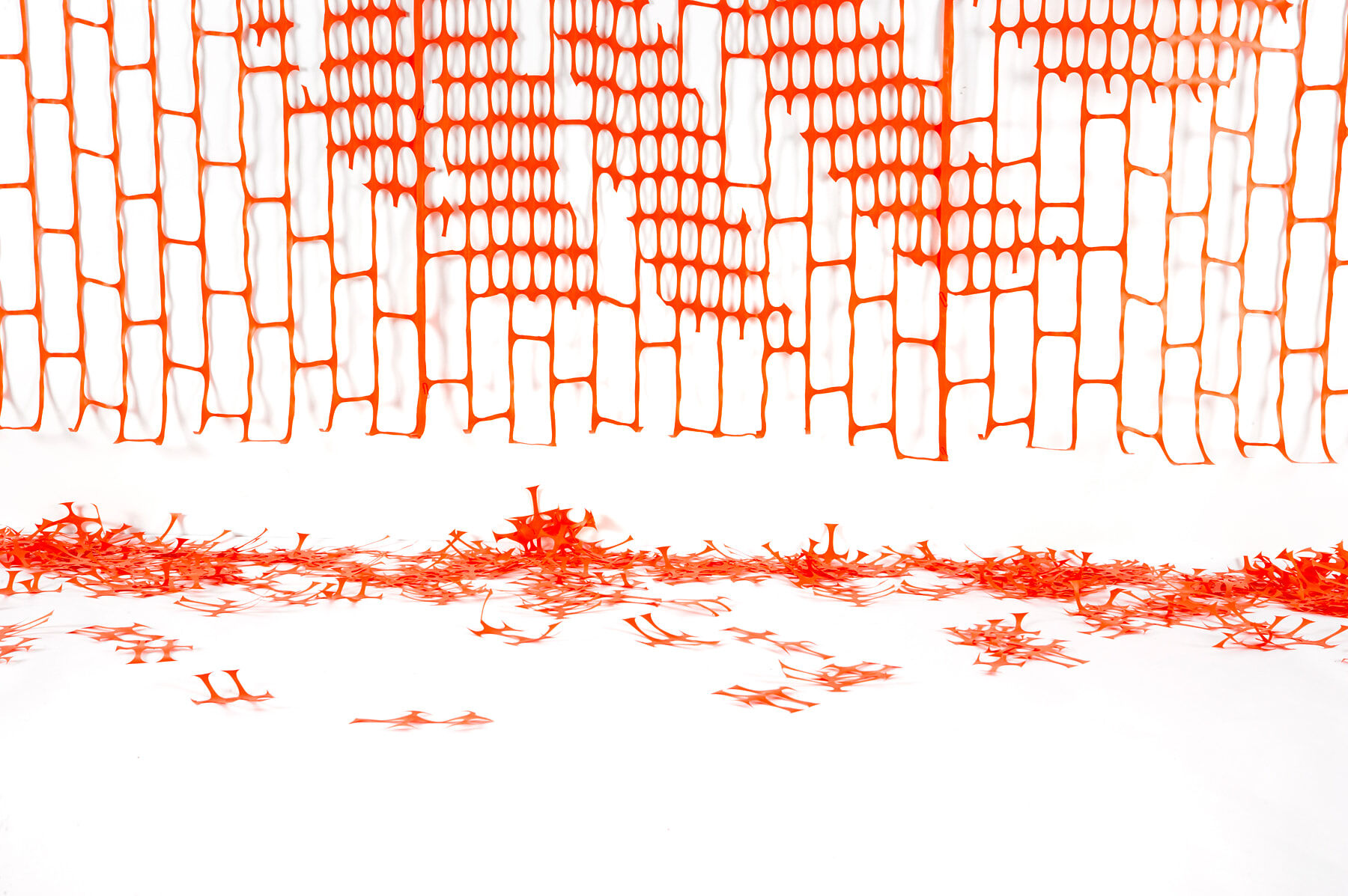 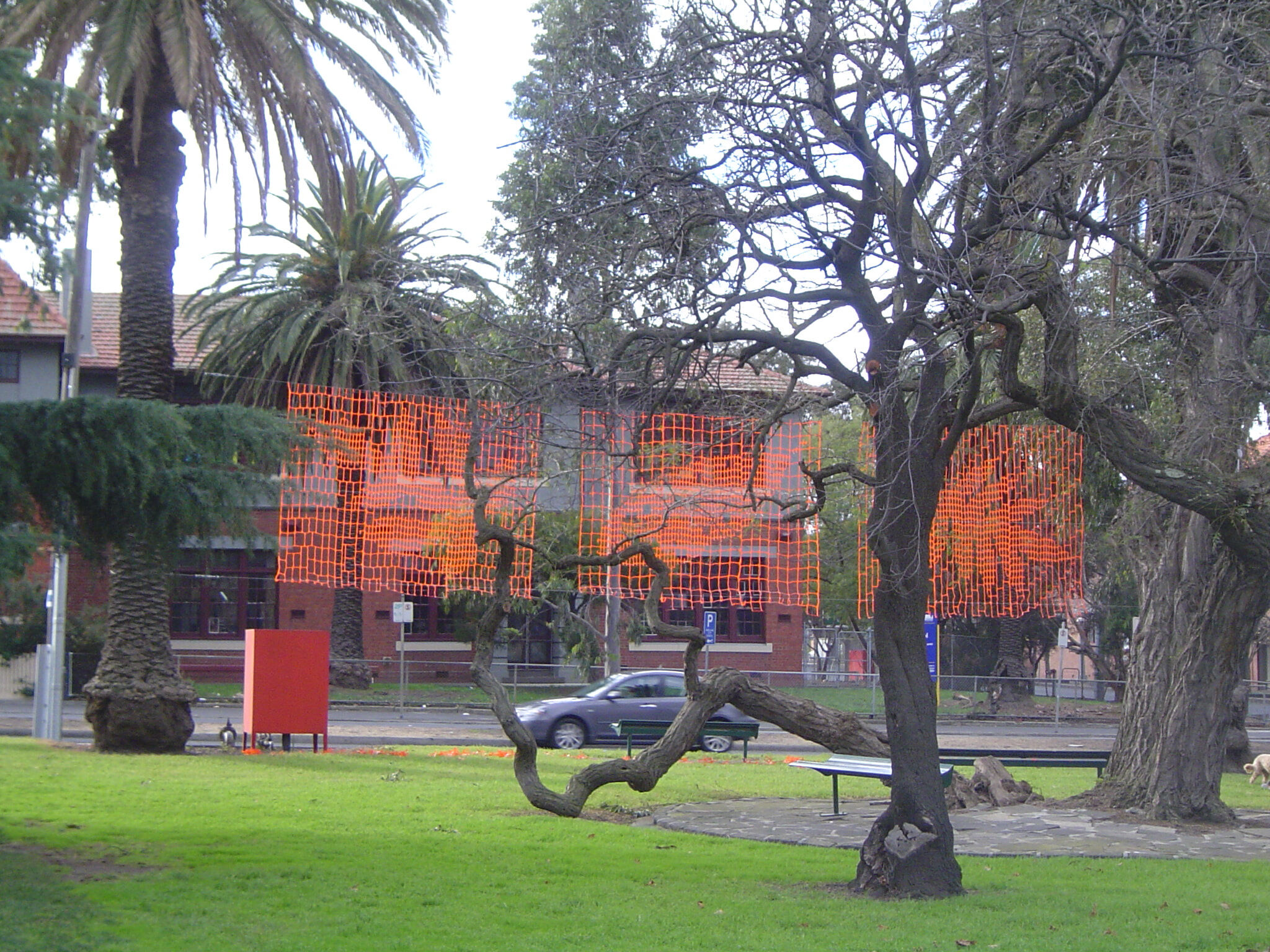 The subsidiary images show Botanical Data Files 2 and 3, with details of the works.

The final image shows three works from the series (BDF 1, 2 & 4), installed as a commissioned entry in the Moreland Sculpture Show 2009, at Bridges Reserve, Coburg, where the work received a Judge's Commendation.

In this series of work, Tim Craker explores the potential of an everyday material - plastic safety-fencing.

The material is cheap, disposable (though sturdy and durable) and utilitarian. It provides a pattern - the ubiquitous grid - in which to intervene. In this case the intervention is not the addition of materials, but their subtraction: by cutting away parts of the net, shapes are extracted from the grid - the organic shapes of leaves.

The plastic off-cuts lie beneath, themselves echoing fallen autumn leaves, yet alien in colour, material and fate.

The natural and biodegradable leaf, the very symbol of growth, is here described by a synthetic material, the non-biodegradable product of the environmentally-destructive petrochemical industry.

The works' titles - "Botanical Data Files" - allude perhaps to a future where information about nature is held as data in archives. Has the actual plant become extinct? Is the data about its leaf shape available only on file? Or does the work bear a more optimistic message, where Nature reasserts itself in the midst of a quintessentially un-natural environment, with the growth of leaves and hope?

The intended use for a mundane material is subverted, and meaning - though uncertain - is drawn from the neglected and humdrum material, invested with new, if ambiguous, potential.

(The artist went on to use plastic safety-fencing as the  material for his Permeable Barrier Series, a commissioned installation for the Moreland City Council in 2011 at the Oak Park shopping centre, which became, regrettably, somewhat controversial... )