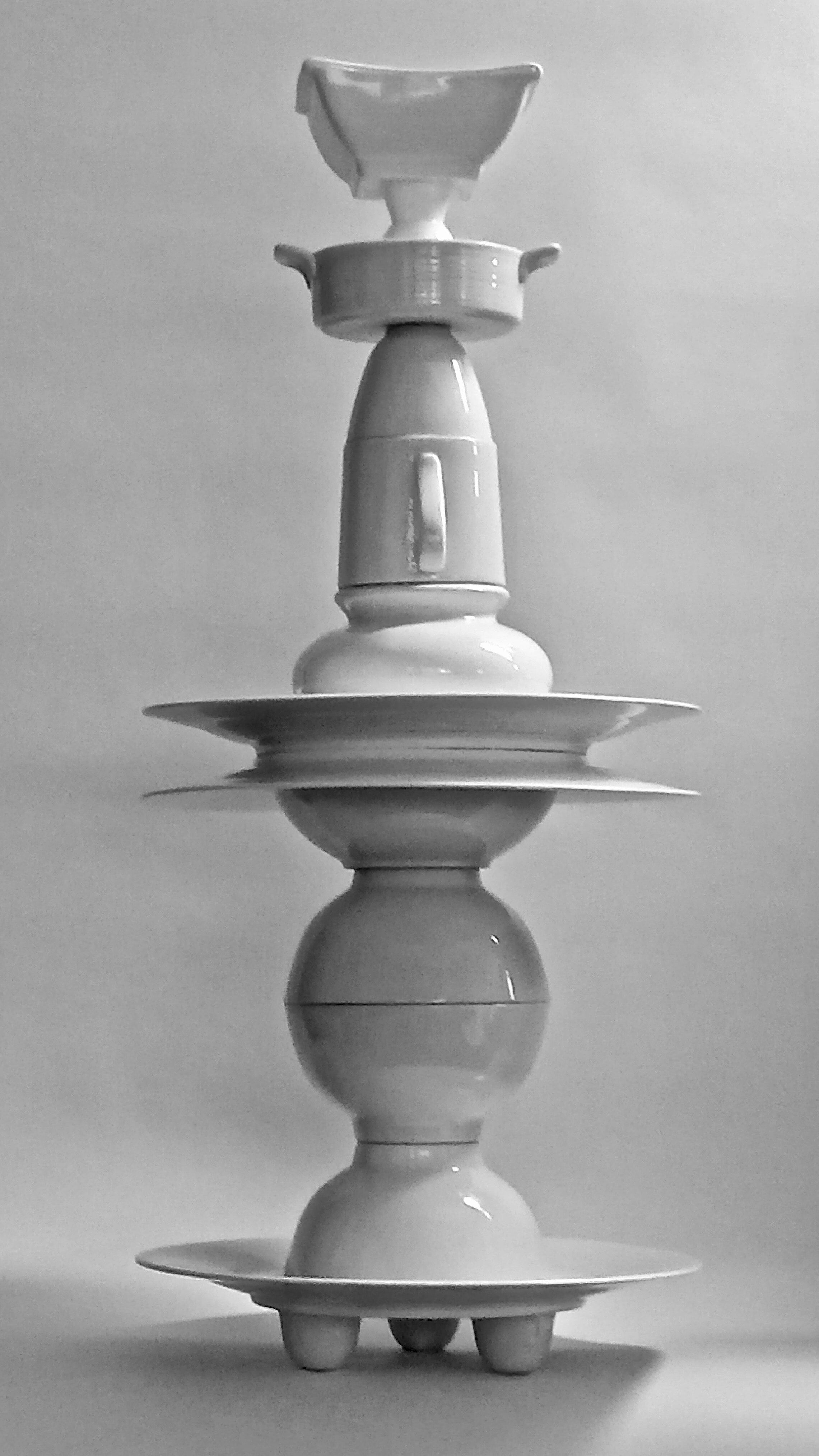 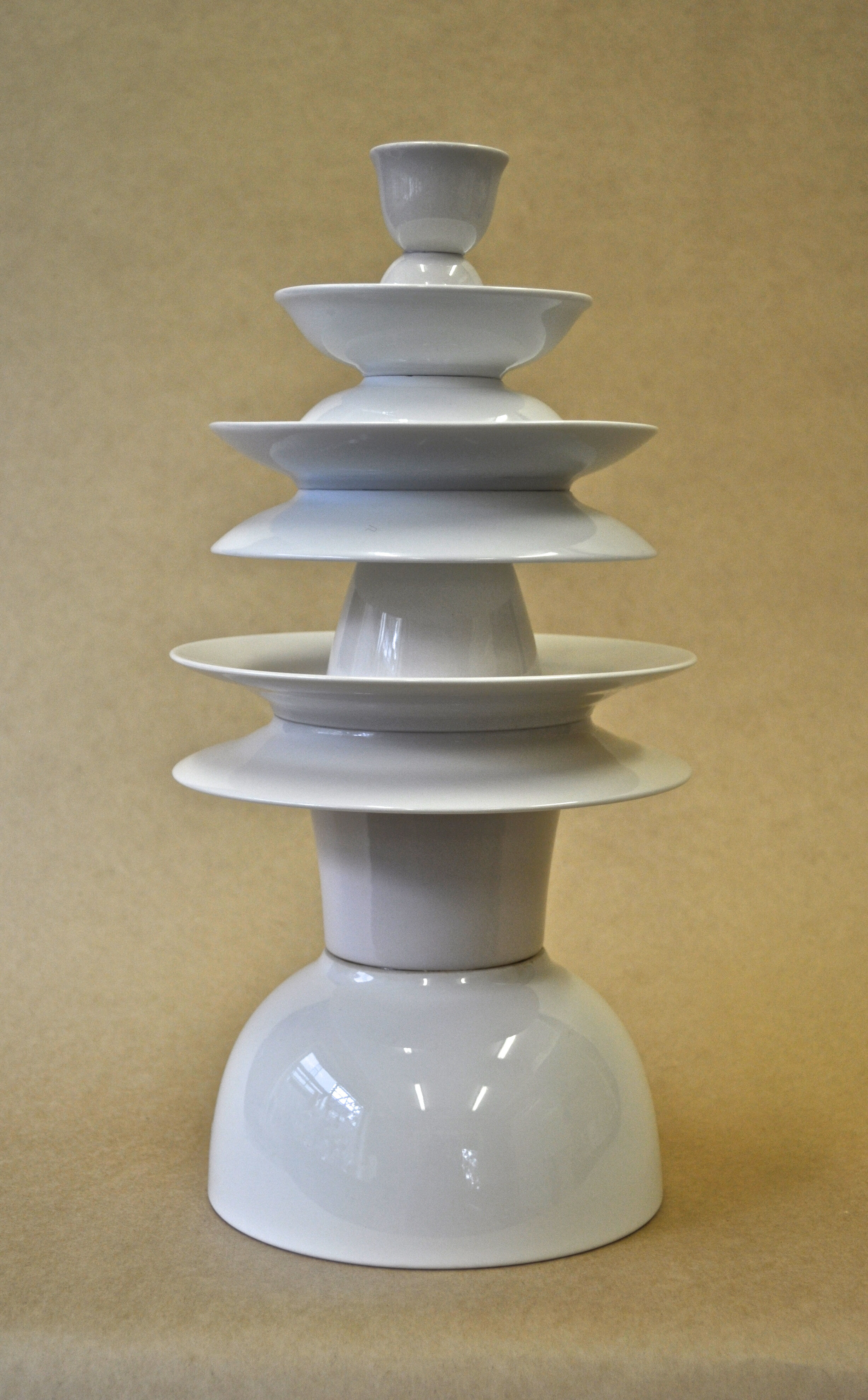 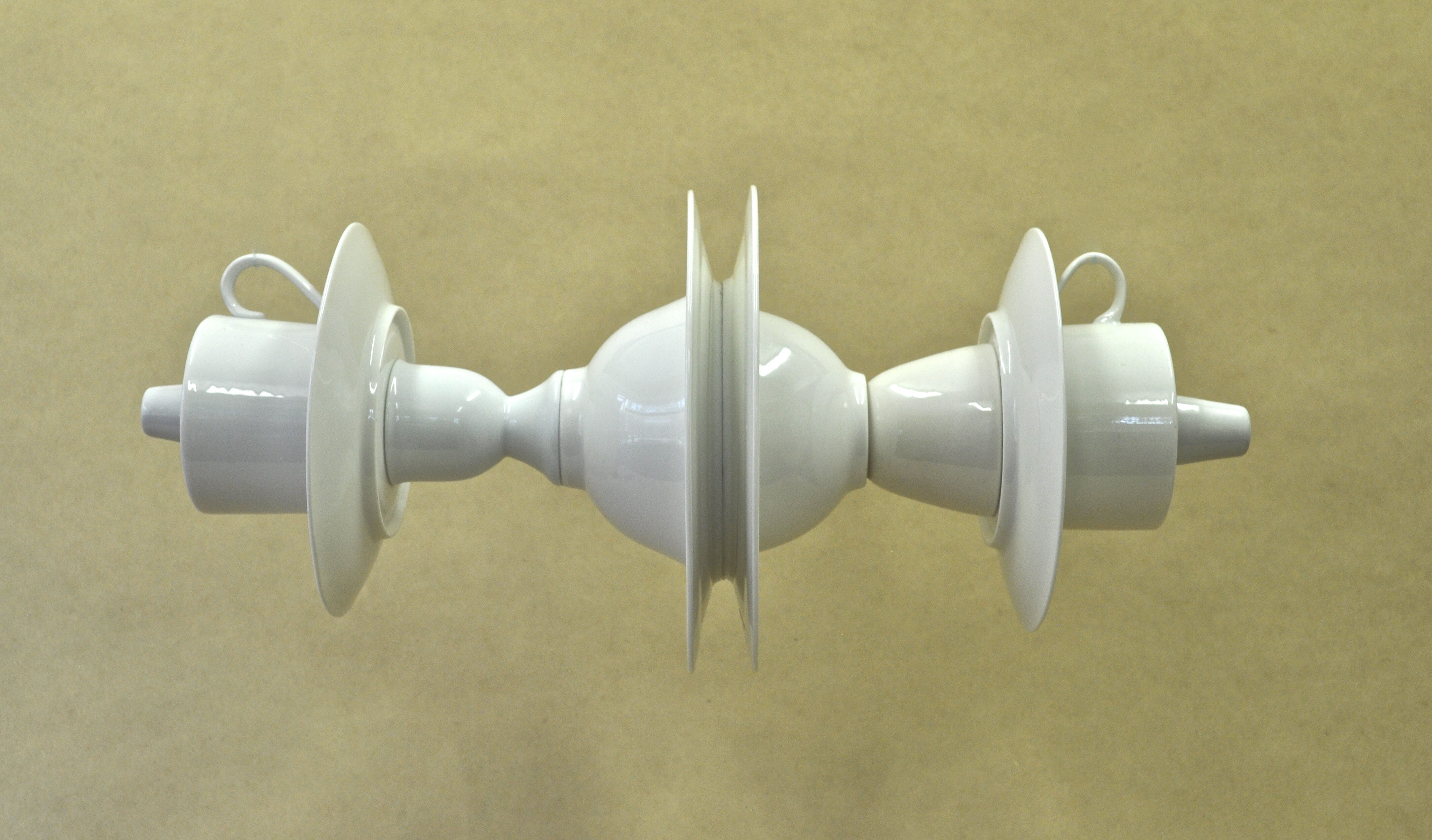 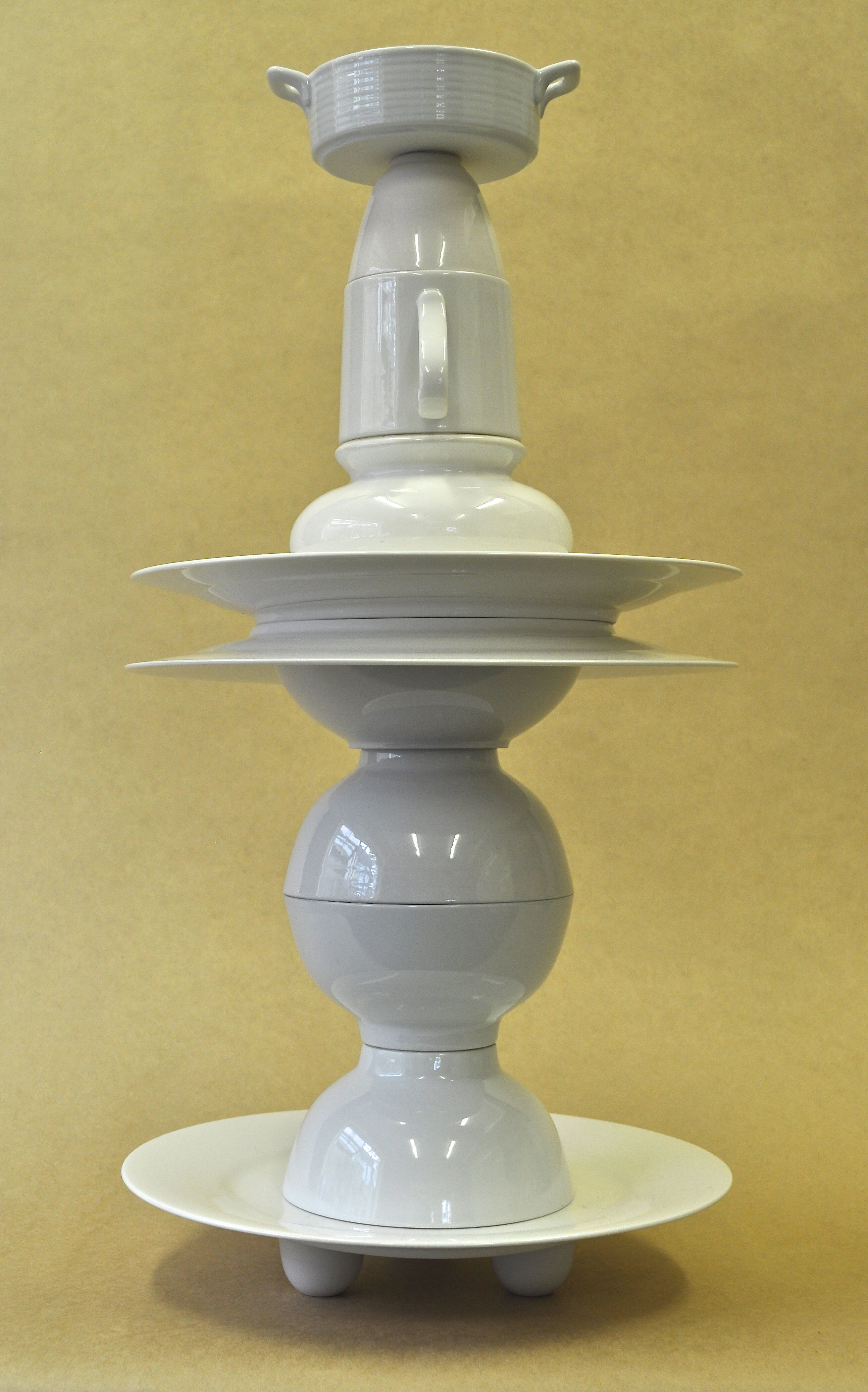 The subsidiary images include "Stack XI" and the horizontal suspended "Stack XII".

The "Stacks" and more recent "Big Stacks" are named for the number - in Roman numerals - of individual ceramic components from which they are assembled.

The "Stacks" were exhibited in Tim Craker's solo exhibition Dishrack Mischief at Loop Project Space in 2017, and the "Big Stacks" in Elevating the Everyday at the Town Hall Gallery in 2018.

The exhibition Dishrack Mischief stems from looking at and playing with everyday items and utensils, and finding what else they might be able to do, how their forms and shapes can be used otherwise. It’s an exploratory stroll down the winding path of “Disutilitarianism”…

Plastic cutlery is inexpensive, allowing purchase in large amounts, and giving the artist materials en masse with which to play - with no certain outcome - without breaking the bank.

An interest in the Platonic solids (three-dimensional forms in which each face or side is exactly the same shape, and of which there exist just five) and knowledge of their geometry underpins experimentation in how they might combine: tetrahedron, octahedron, cube, dodecahedron and icosahedron come to life in unexpected materials.

Similarly - and only slightly more expensively - crockery from op shops (once the idea that it’s an outlandish notion not to to be indulged is overcome) can be purchased in amounts large enough to permit experimentation and arrival at felicitous combinations. The unnoticed shape of a bowl is made apparent when it is “reflected” and conjoined with another; the curve of a teacup handle is echoed in the spout of a Wedgewood coffee-pot; the amazing technical achievement of fine white glazed porcelain (and its poorer cousins) is highlighted by the absence of a function for the extravagant forms which it now takes…

In both cases colour is not a distraction: the white forms are undisguised and unvarnished, as unapologetic as they are un-useful.

The utilitarian is made use-less, and objects and forms are released from their function: Disutilitarianism reigns!

There’s quite enough dull functionality in the world - and lots else even more depressing, of course, besides. Dishrack Mischief isn't quite “Stop and smell the roses", but maybe “Stop and glue two cups together… ”