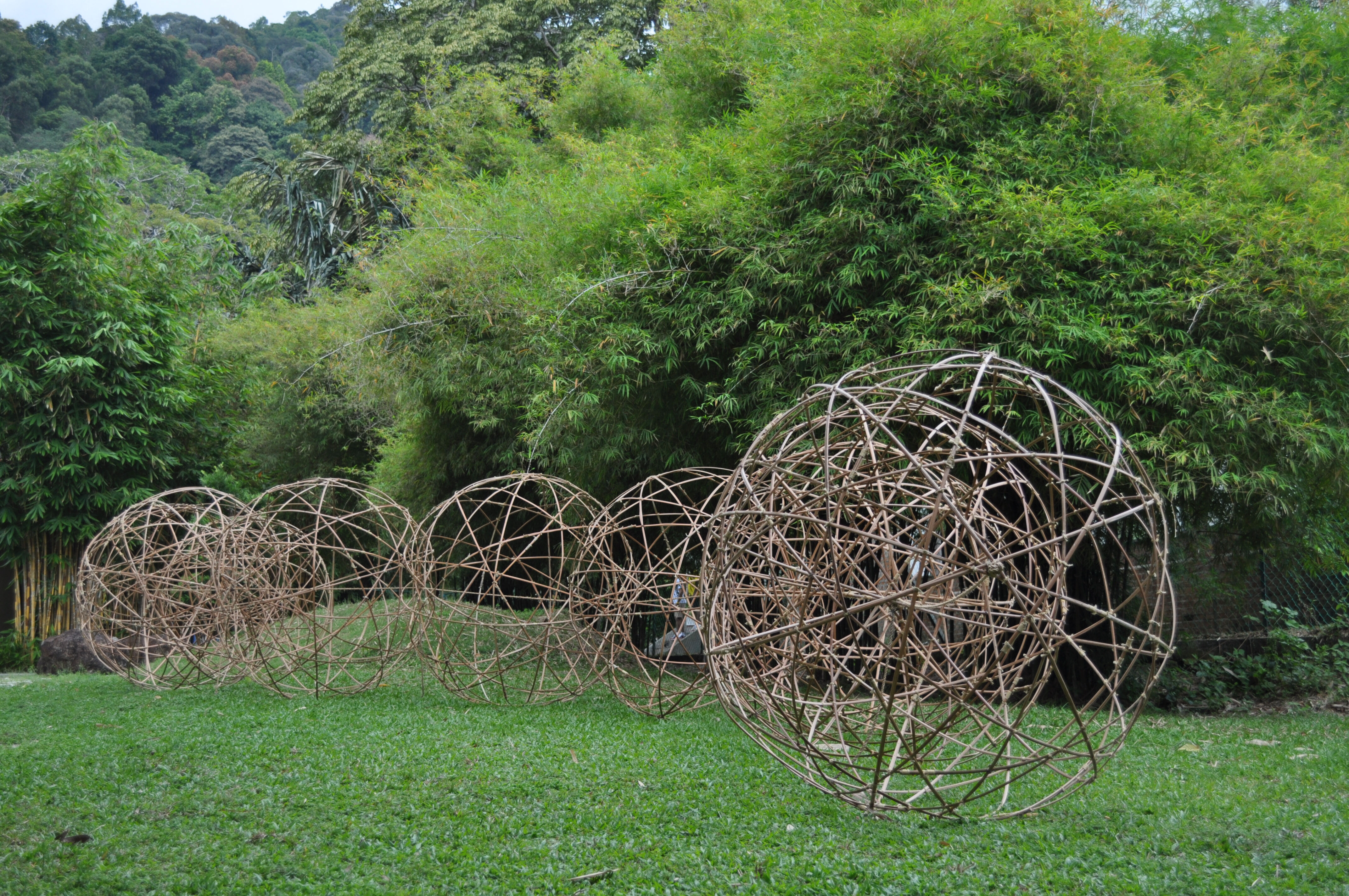 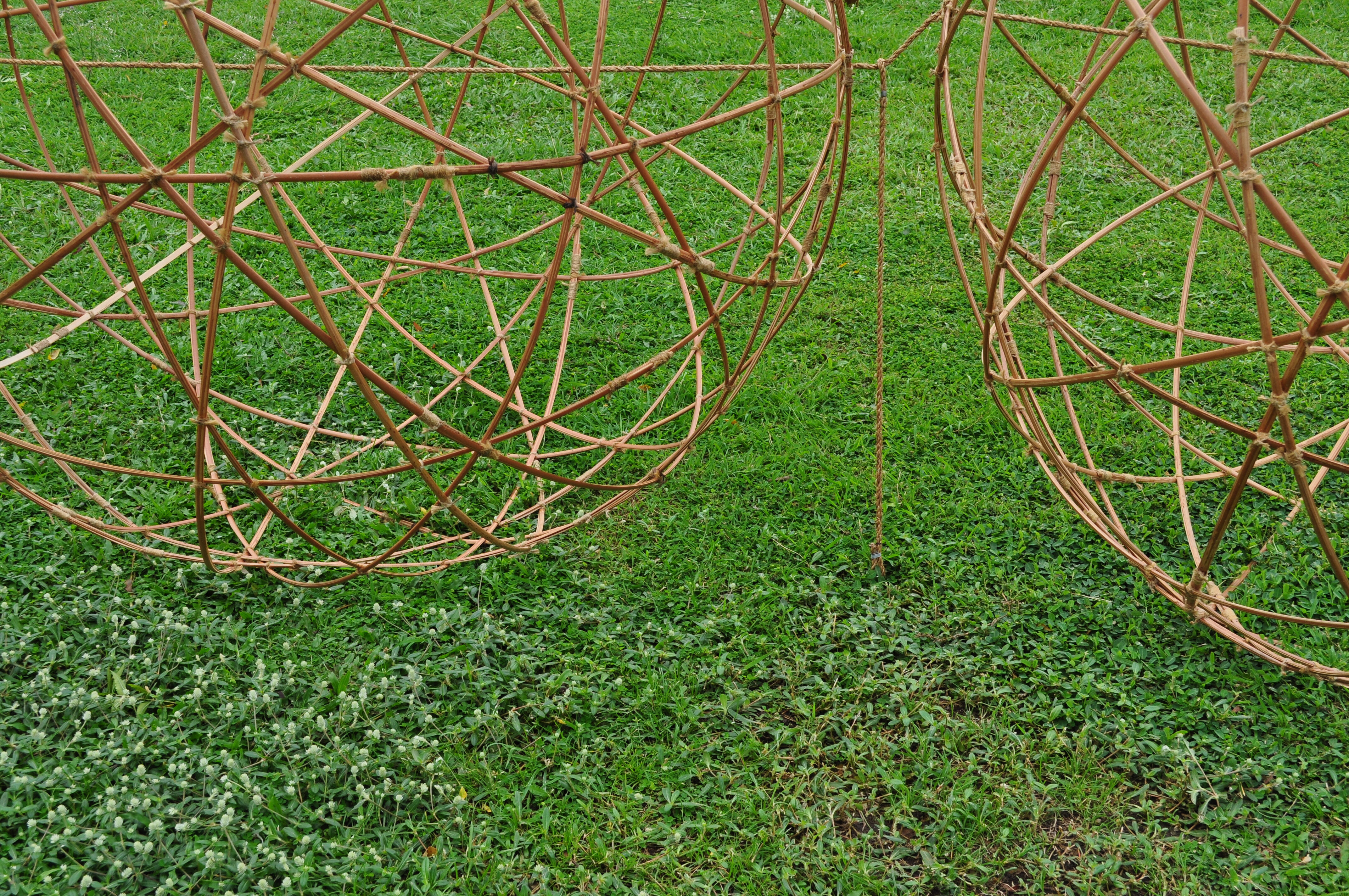 "String of Pearls" was included in the George Town Festival 2014, and was installed throughout August, the month of the Festival, at four different sites - the 18th-century Fort Cornwallis, the Japanese Garden at the Penang Botanic Garden (where this image is taken), Alfresco Park adjacent to Gurney Plaza shopping centre, and the Hin Bus Depot Art Space (which is also their final home).

Fresh from his 2013 George Town Festival exhibition Domestic Evolution, Tim Craker lights this time upon the humble but iconic bamboo blind, seen everywhere in Penangs streets, as the source material for his art.

Purchased from a local business in Campbell Street, the blinds have been carefully disassembled into their constituent parts, releasing the bamboo slats from their functional role. The slender strips of bamboo have been bound together into a longer flexible strip, and curved around to form a circle. Multiple circles are then assembled to form a networked sphere - and hundreds of knots (and two well-calloused hands) later, we have pearls!

In this way, Tim Crakers pearl constructions pay homage to sepak takraw, a local game using a woven rattan ball, and to Penang's fabled history as "The Pearl of the Orient". His explorations of handcrafted traditions transform utilitarian and natural materials in both unexpected and poetic ways - as the oyster transforms a single grain of sand, to create a pearl...