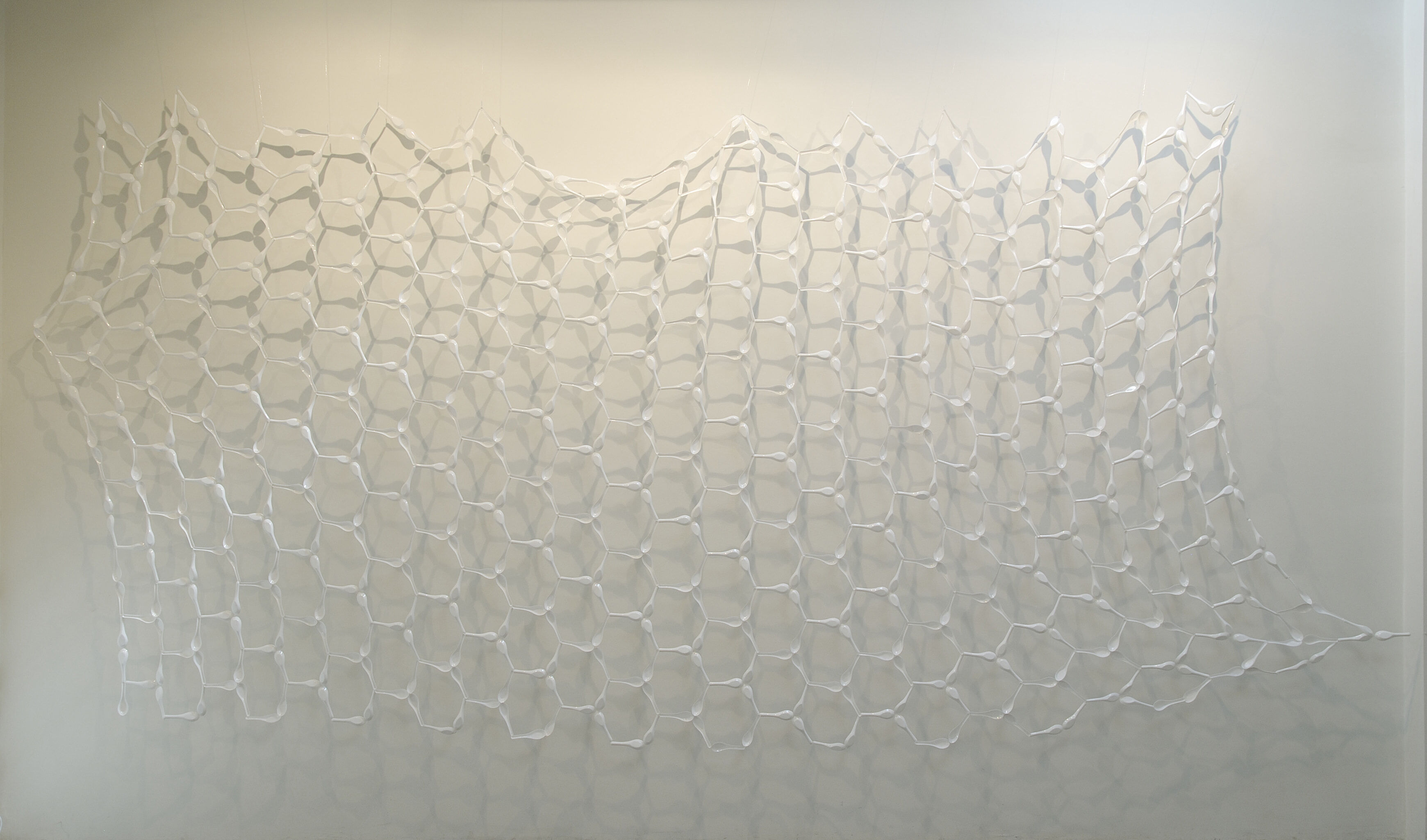 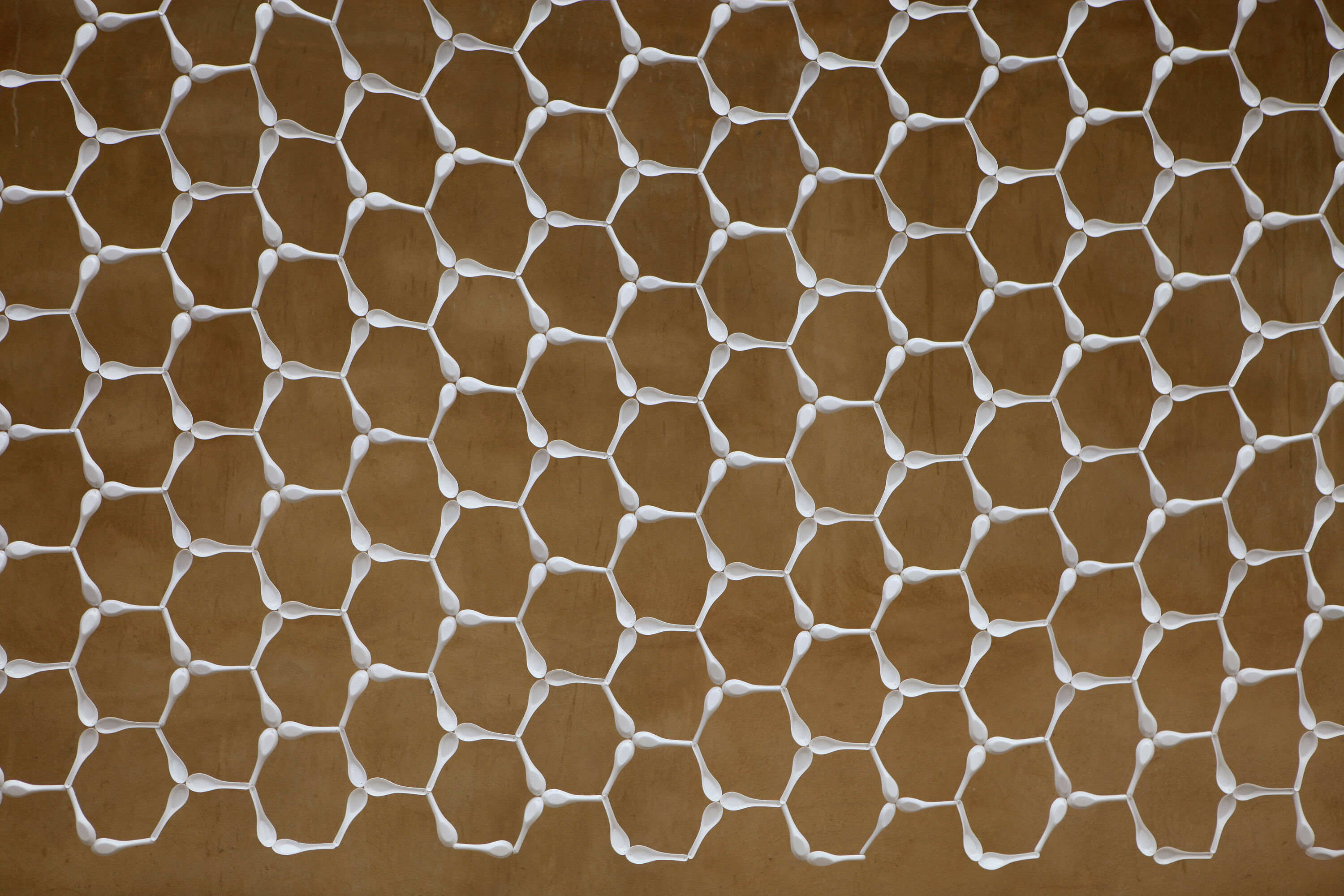 "Thought Pattern" was first exhibited in the exhibition dot-net-dot-my at Red Gallery in 2007, with the "Borneo Fugue" series.

The subsidiary image detail is of the work displayed outside, against the rear wall of the Incinerator Gallery in Moonee Ponds.

Cutlery has been an object and subject I have often returned to - subconsciously - in my work. Aside from the tactile attractions of its immediately-recognisable and particular shapes, maybe what I return to is its symbolic representation of order, of ritual and civilised eating, of the set table, of sitting down to dinner and conversations over a meal and what that might stand against.

The net of "Thought Pattern" is assembled from hundreds of small identical units - in this case disposable plastic Chinese soup spoons (some purchased in Malaysia, some bought here in Melbourne) -tied together with nylon fishing line (purchased in Melbourne but made in Malaysia).

The piece celebrates the cheap, available and throwaway, investing these materials with new aesthetic value. In a gentle subversion of the dictates of hyper-consumerism, the worthless and disposable is assembled on a monumental scale into a screen, a trap, a cargo-net, a map. "Thought Pattern"looks in a sideways glance - at pattern and the grid, at biodegradability and permanence, at the culture of the disposable and at the Occident and the Orient, in a transformation of the mundane.

The meditative nature of its construction - repeated actions of drilling, placing, threading, knotting and trimming - is echoed by the net's slow movement in a gentle breeze, and the shifting interaction with its own shadow.

The potential geometric perfection of the grid, however, is undercut by its flexibility: the net sags, stretches, sways. Imperfections are introduced, and visual expectations are set up only to be disrupted. Perfection is both an illusion and much less interesting than reality.