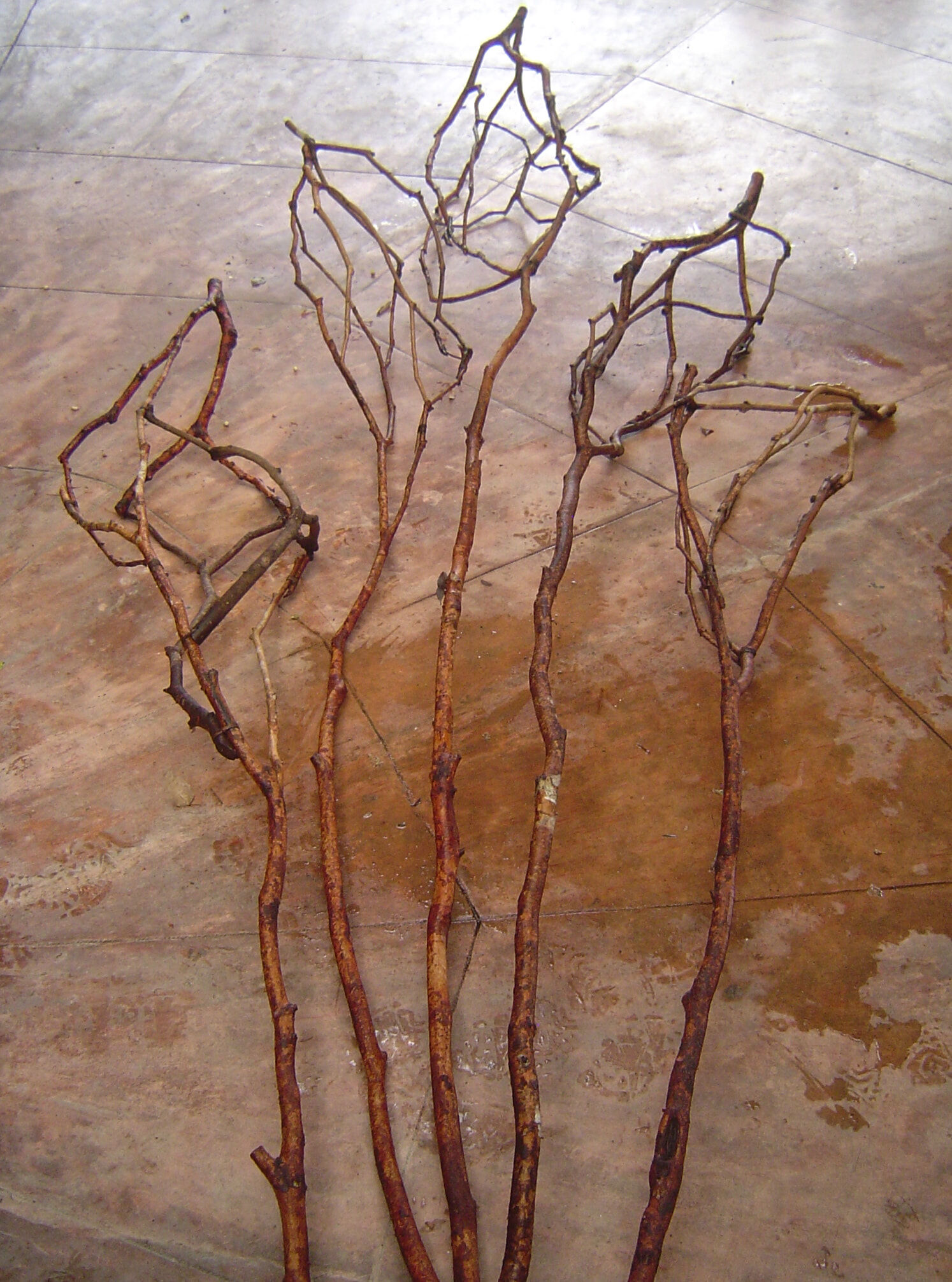 Due to the difficulty of photographing the works in situ so that they are distinguishable from the backdrop of tree branches and trunks, the image here shows the elements of "Growth" lying on the ground prior to installation. In the finished work, the five stems "grow" as a mini-copse from the floor of a jungle clearing at the turn of one of the paths through Penang Island's Tropical Spice Garden.

This work is made in response to the long, strong, flexible branches of the red-barked tree: What can be done with them? What can they do? How can they be combined? To the natural branching of the tree, the artist has attached extra branches upside down, to bring the natural spreading back in, creating a pod-on-a-stem, that could be about to burst open. The idea of growth is a positive concept, but the word also also has other connotations...

This work is one of several works in the garden created by artist Tim Craker for the 10th anniversary of the Tropical Spice Garden in November 2013 (see also Syzygy and Three Tetrahedra). Made from natural materials found on-site, the works are ephemeral, with a finite life as they succumb to the natural processes of decay.