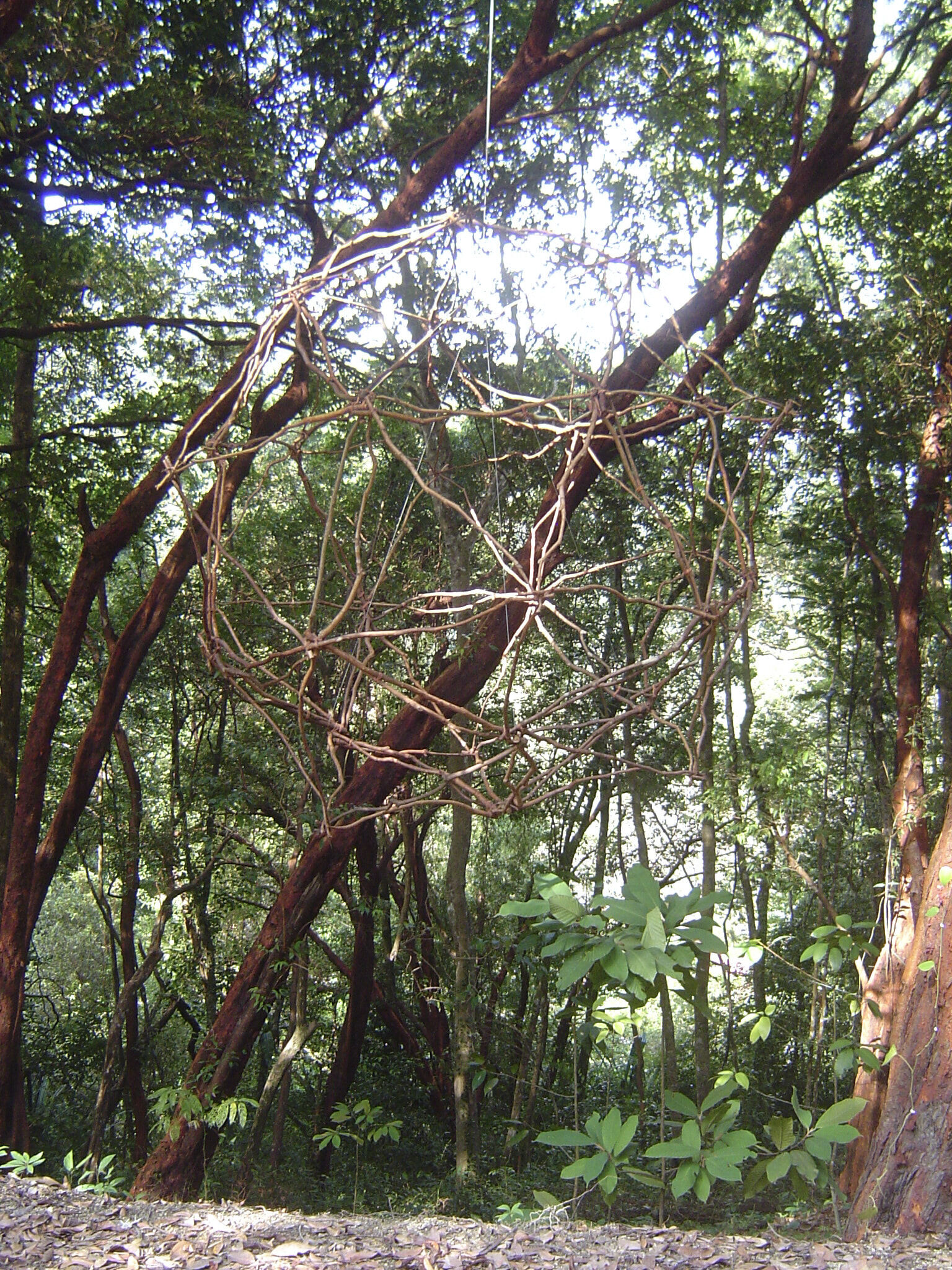 "Syzygy" was installed at the Tropical Spice Garden in Penang for the Garden's 10th anniversary celebrations in November, 2013. The work is hard to photograph well, as it's constructed from the same tree branches amongst which it is suspended, so tends to disappear into them... However, when seen in person, its slow rotation in a breeze makes its form and nature apparent.

"Syzygy" is an irregular augmented dodecahedron (one of Plato's five solid forms) made from tree-branches tied together with string. The basic element is a metre-long branch, ten of which make a pentagonal sub-unit. Twelve of these sub-units combine to make the complete orb - 120 metres of branch altogether.

The work's title is an astronomical term meaning a conjunction or opposition, or a pair of connected or corresponding things. A play on the botanical name - Syzygium zeylanicum -  of the red-barked tree which supplies the branches from which the work is made, "Syzygy" is an orb suspended above the surface of a much greater orb - our planet - and demonstrates both the natural strength and corresponding fragility of both spheres.

This work is one of several works in the garden created by artist Tim Craker for the 10th anniversary of the Tropical Spice Garden in November 2013 - see also "Growth" and "Three Tetrahedra". Created from natural materials found on-site, the works are ephemeral, with a finite life as they succumb to the natural processes of decay.

The work was re-created in Melbourne in 2019, using dried fennel stems, as "Syzygy II", and exhibited at Tacit Galleries as well as being a successful entry in the 2019 Yering Station Sculpture Exhibition and Award.