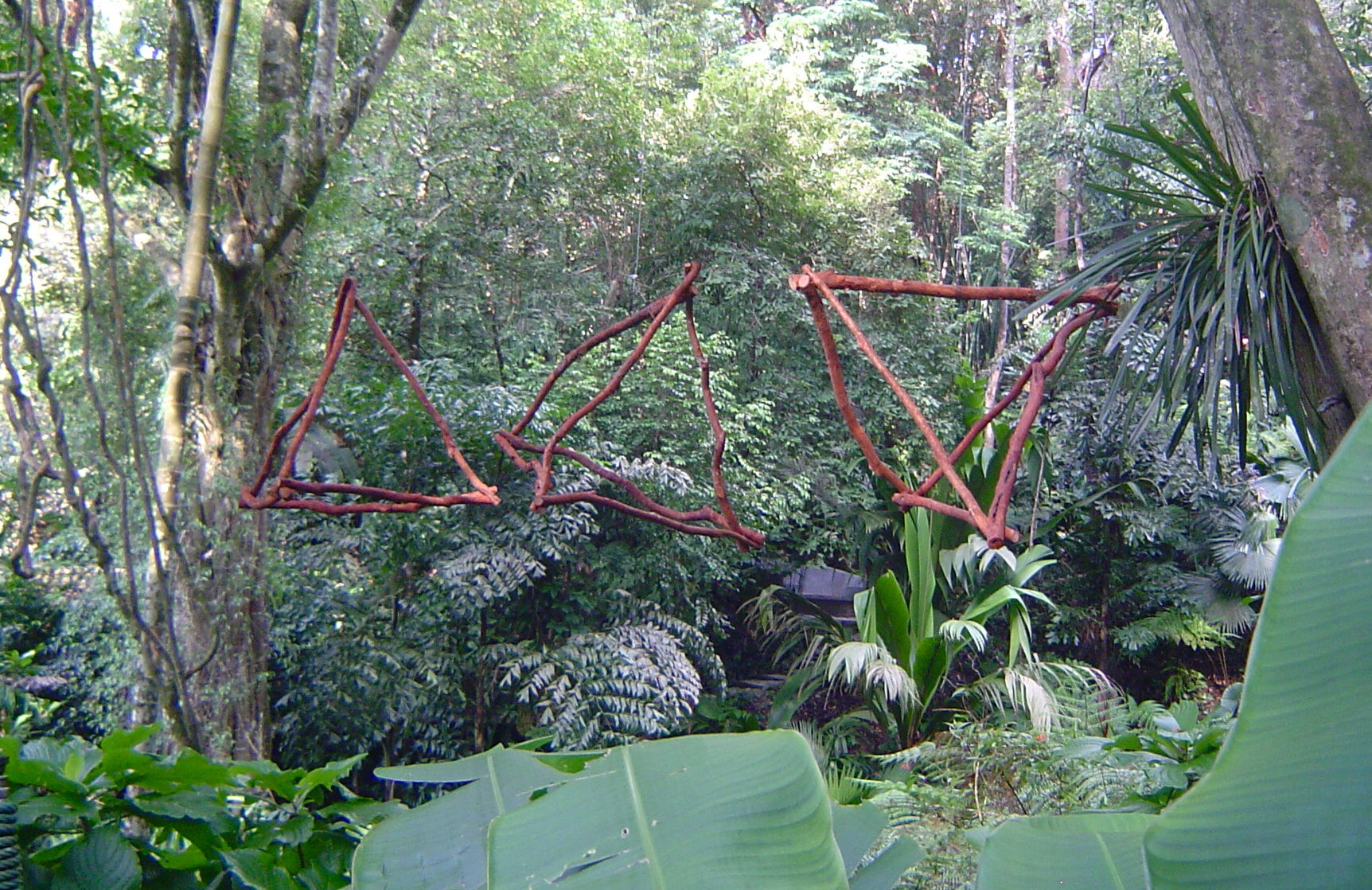 The tetrahedron is a four-sided triangular pyramid, one of the five possible solid forms of which each face is the same shape. (Do you know the others?). Drawing on the artist's fascination with both geometry and found materials, "Three Tetrahedra" explores some of the the structural possibilities of the branches, where nature - in the form of the red-barked tree - and its variation meets the perfection of the geometric ideal.

This work is one of several works in the garden created by artist Tim Craker for the 10th anniversary of the Tropical Spice Garden in November 2013 - see also "Syzygy" and "Growth". Created from natural materials found on-site, the works are ephemeral, with a finite life as they succumb to the natural processes of decay.