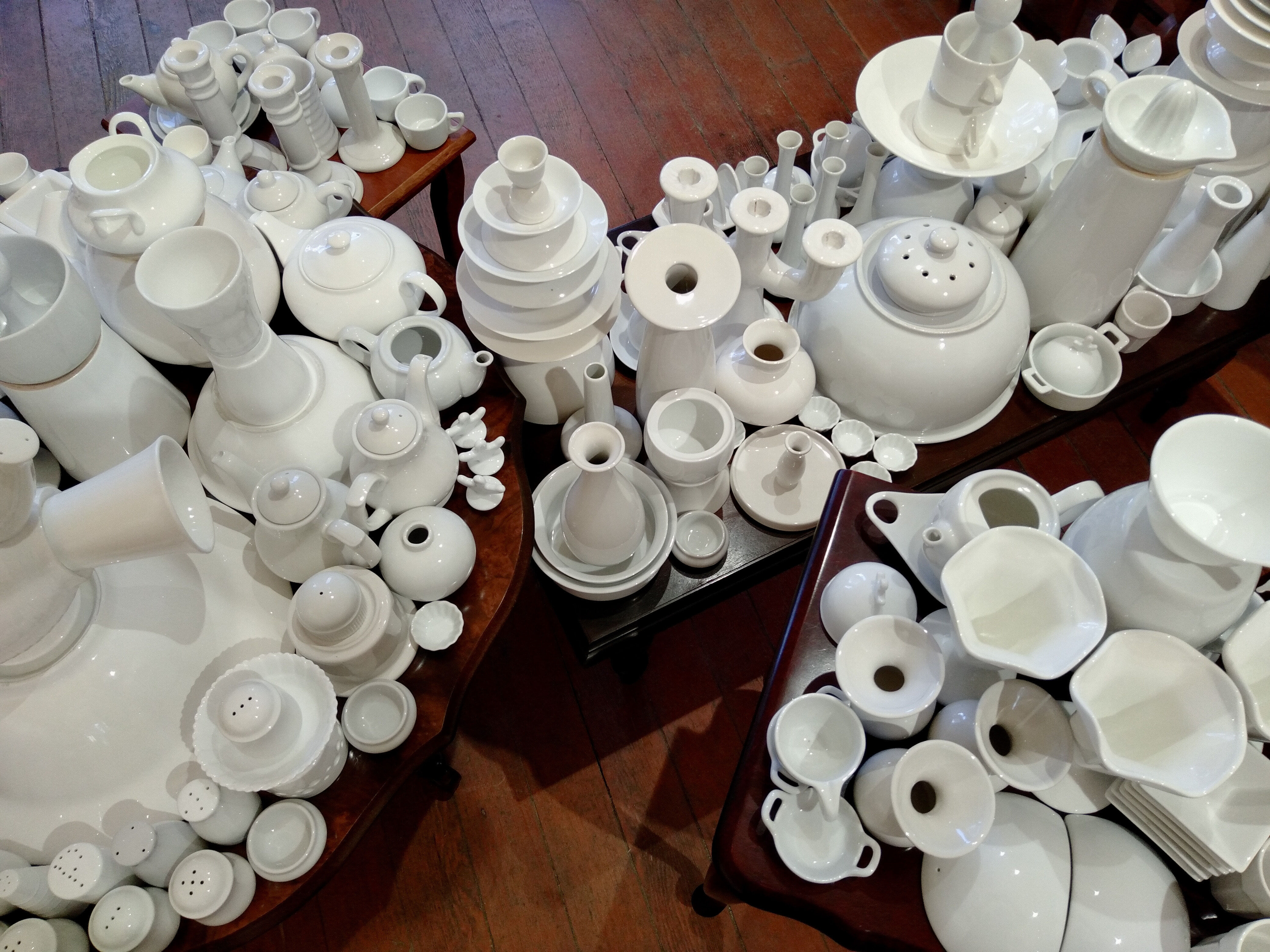 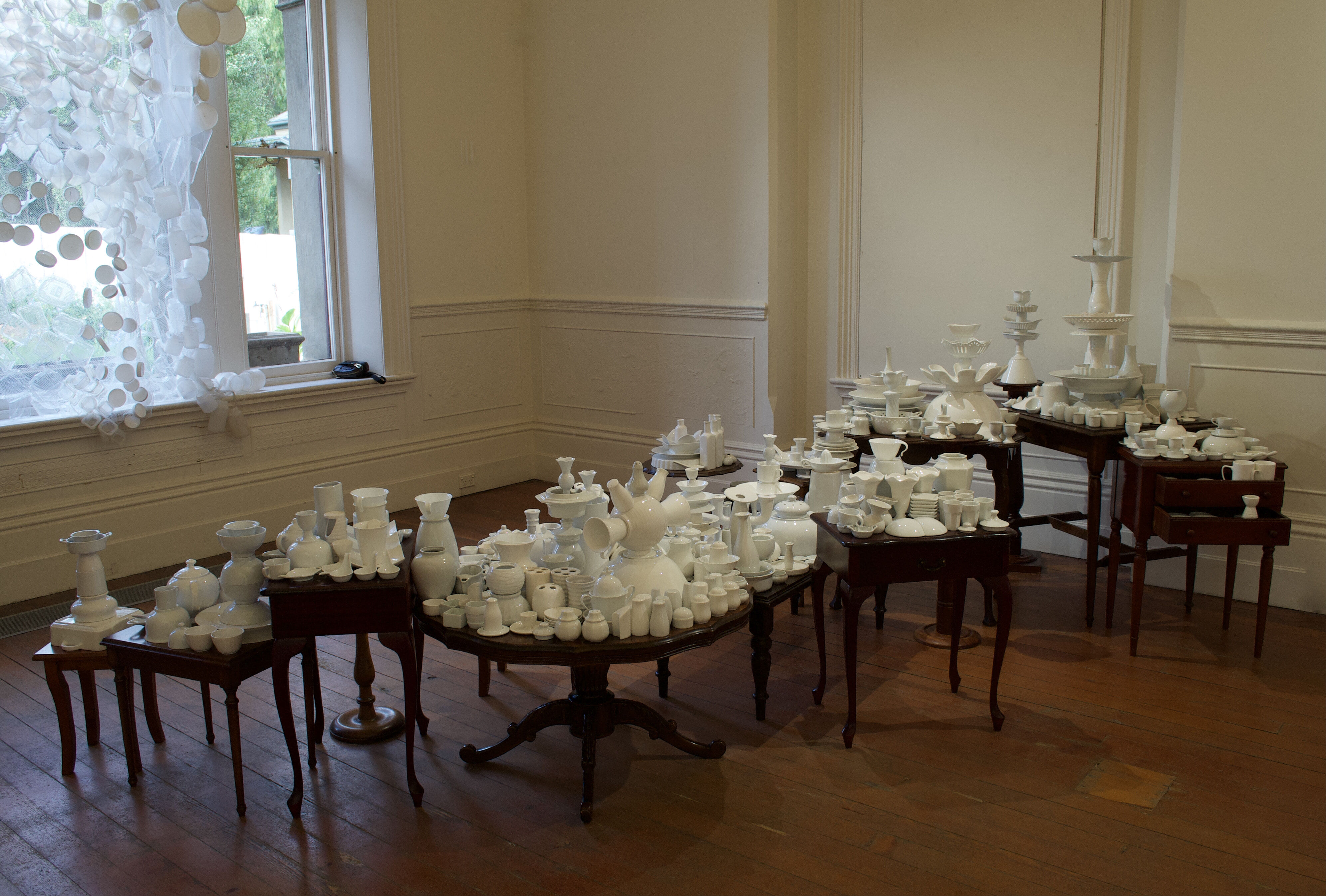 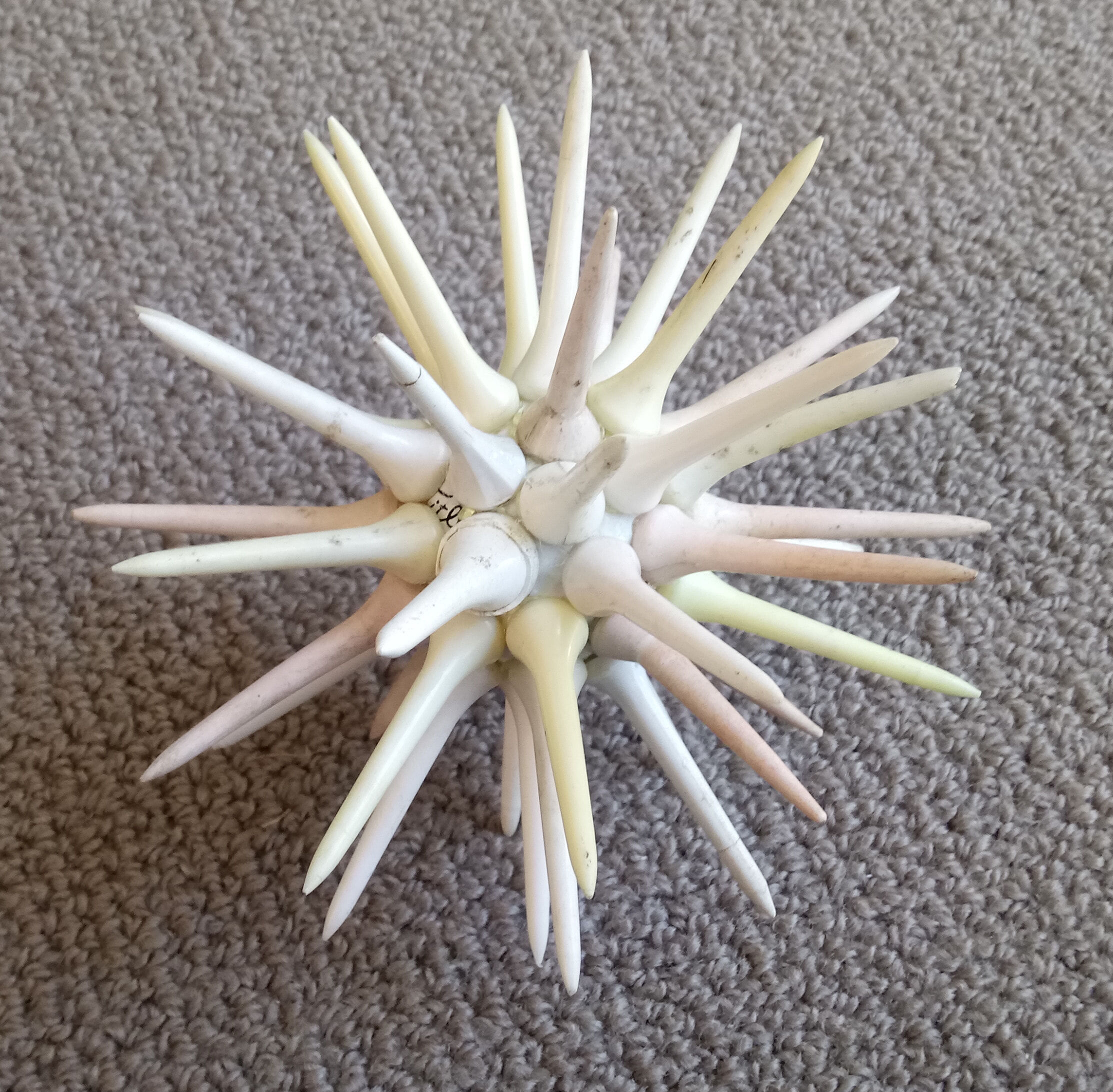 "Reef" and "Urchin" (of which there were three), were exhibited in "Bleached" as part of Climarte's Art+Climate=Change Festival 2019, with artists Carolyn Cardinet, Carmel Wallace and Chloe Bensahel:

"Bleached is a meditation upon the fate of our coral reefs, and considers the fate of the ocean and marine ecology and by extension humanity's own fate. Four separate installations explore the environmental degradation and coral bleaching of the Great Barrier Reef. Spread across two exhibition space, the installations use recycled and everyday detritus, from "single use" plastic to recycled crockery."

The second subsidiary image is of "Urchin", 2019. Used golf-tees and golfball; 13cm diameter.

Climate change and its resultant environmental effects are an increasingly pressing issue, lurking ever-present at the back of one’s mind.

Using only found materials - second-hand crockery sourced from op shops, and used golf balls and tees collected over a lifetime by my late father - as a stimulus for assemblage, I have created white ceramic totems, pillars and columns - my “Stacks” and “Big Stacks” seen elsewhere on this website - as well as forms reminiscent of Sputnik satellites, models of virus particles and hugely-magnified pollen.

These are assembled in combination with my extensive and ongoing collection of white crockery, and arranged in the gallery on a succession of dark wooden tables of varying heights, as “atolls”. These profuse accretions and growths, islands and mandalas, organic in form and mineral in content, might - one hopes - stimulate meditation upon (amongst other things) the fate of our coral reefs, oceans and marine life… and by extension, of course, humanity’s own fate.

In monochromatic over-decoration and baroque excess the works echo the bleached coral of much of the world’s reefs - a graveyard drained of colour, beautiful but dead: still, silent, empty… - and prompt us, while there is we hope still time, to take action to ensure that the generations of the future will have access to more to than just ceramic models and found-material reminders, simulacra of what once was…